By Nick Turner on August 27, 2015 in England, Restaurants 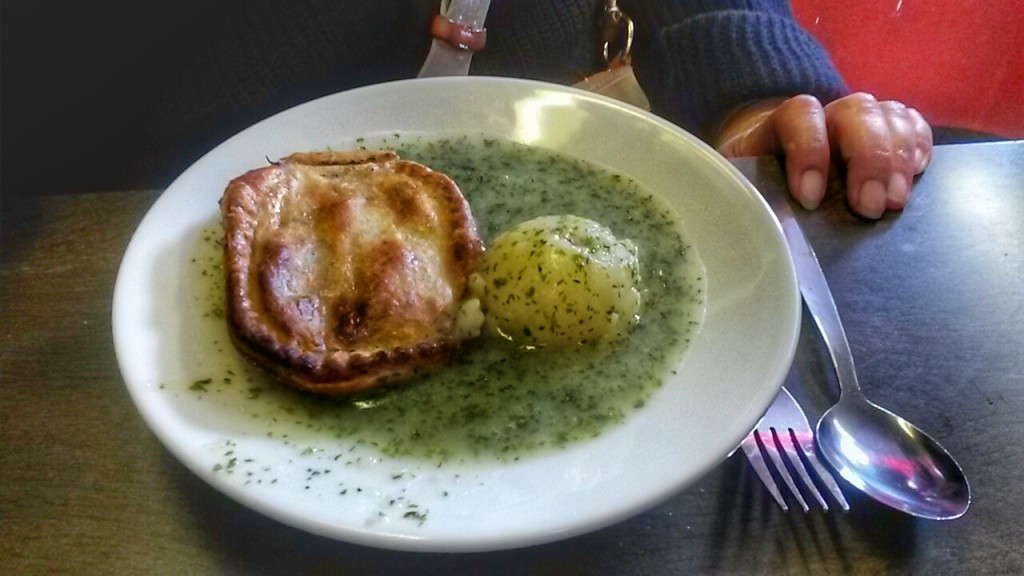 They had been queuing for weeks, for hours on the weekends, the lost tribe of West London. Shepherds Bush, massively multi racial and as diverse as anywhere in diverse London, culinary home to falafel joints, Syrian flat bread stores, Eritrean sour dough pancakes, Sichuan hot pot, and American Five Guys burgers, was saying goodbye to its oldest and most English of its institutions, A.Cooke’s Pie and Eel shop.

Since 1899 A.Cooke and his descendants had been serving one of London’s simplest and fastest menus, one or two meat pies, a scoop of mash potato, and a ladleful of ‘liquor’: a thin parsley sauce. For the really adventurous, stewed eel was the only alternative. Jellied eels –simply stewed eels cooled in their own gelatinous juice — had disappeared from the menu a few years ago. 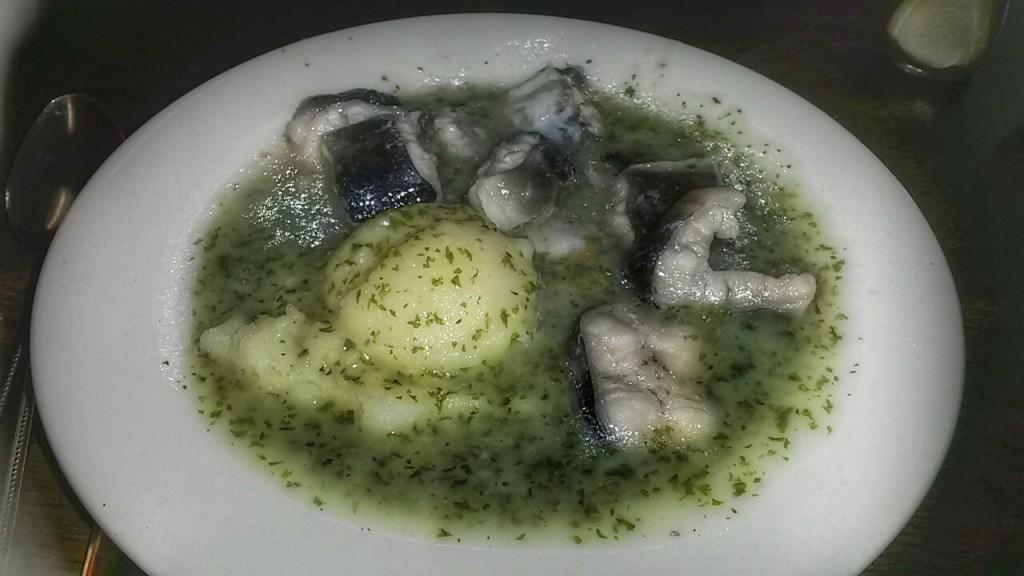 A.Cooke was closing, victim to the redevelopment of Shepherds Bush market, a row of Indian fabric shops and cafes to be replaced by a four story block of London’s latest financial craze, ubiquitous and unaffordable luxury flats. Unlike the rest of the area, the market had evolved and declined. Formerly a street market of fruit and veg for the locals, it had been taken over by extended families of Afghani Sikhs selling identical nylon clothes… its survival was a financial mystery. 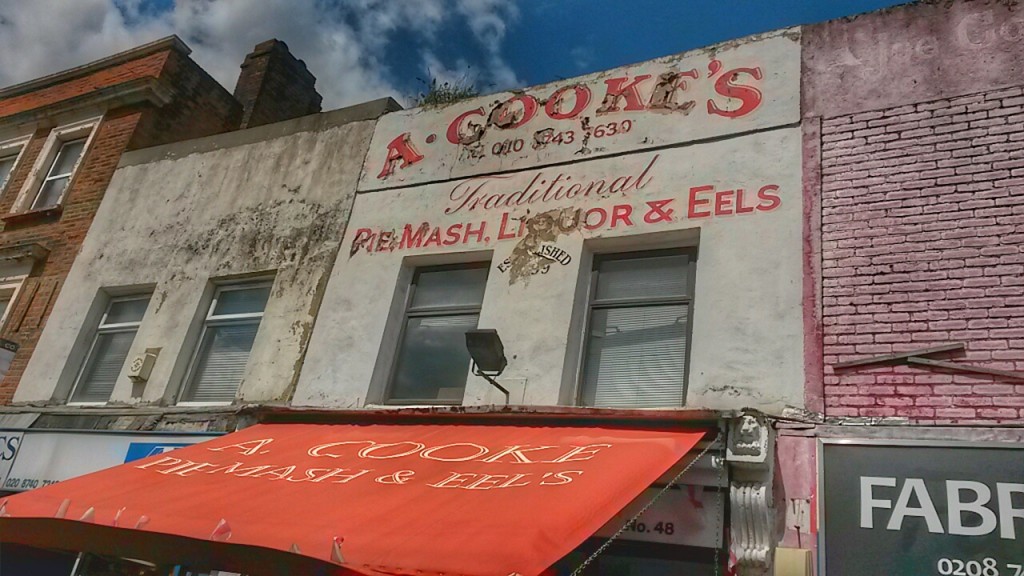 We queued on the last Saturday of trading, shamefacedly on a sociological rather than a culinary excursion. For diverse Shepherds Bush the queue was an exclusively white group, three or four generations greeting old friends, reminiscing on the old, often poor and grim days of their youth. This was the old white working class of West London, before they fled to the outer suburbs. As we waited a group of mods on Lambretta scooters arrived, flying their fox tails and Union jacks from whip antennas, middle aged, paunchy but proud in their fur lined parkas. Arriving to pay tribute to the cafe where they would have met up after a weekend’s rumble in Brighton, settling half a dozen pints with a serving of pie and mash, thirty years ago if it was yesterday. 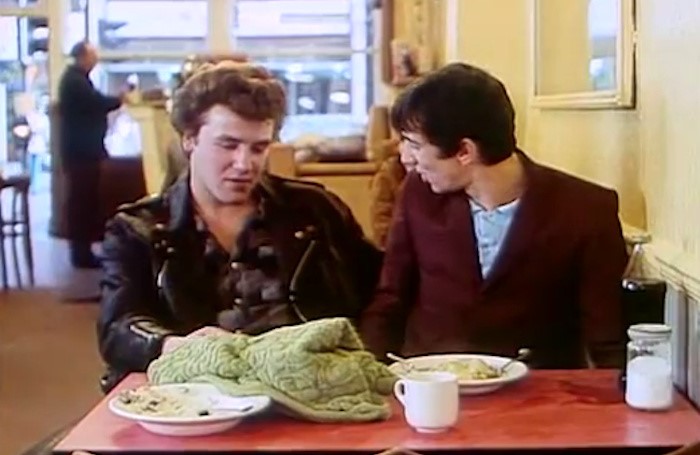 The cafe featured in Quadrophinia, the movie of the Who’s mod album, and close examination of stills from the thirty five year old film shows the tables and benches had not changed. Neither has the food: the pastry spongy, the meat mysterious and chewy in an odd dark medium of sweet burnt onion. The liquor was a thin, pale, floury, salty gruel with specks of parsley. It was most definitely food you had to grow up with.  My partner, Belinda, bravely ate some of her pie as I sucked on the needle sharp eel bones with gusto before finishing her plate, sopping up the sauce with the last of the gummy mash.

We left the cafe with a queue a hundred yard long: mods, grandparents,babies in buggies, three camera crews all waiting their turn at nostalgic nosh.

Don’t feel sorry for the direct descendants of A Cooke who were sweating away behind the serving counter…according to the Daily Mirror they sold the name and business to the developers for a cool seven figure sum ! Expect a branch of A Cooke and their mystery meatpies opening in a shopping complex near you…soon.

Nick Turner is a photographer, amateur historian, and lover of all things Brit and Belinda.

View all posts by Nick Turner →

Food Under Financial Fire: Eatin’ in Athens
On a Greek Island, Catering to Tourists while Refugees Abound