By erin on April 23, 2014 in Crimea, Restaurants, Ukraine, Uncategorized 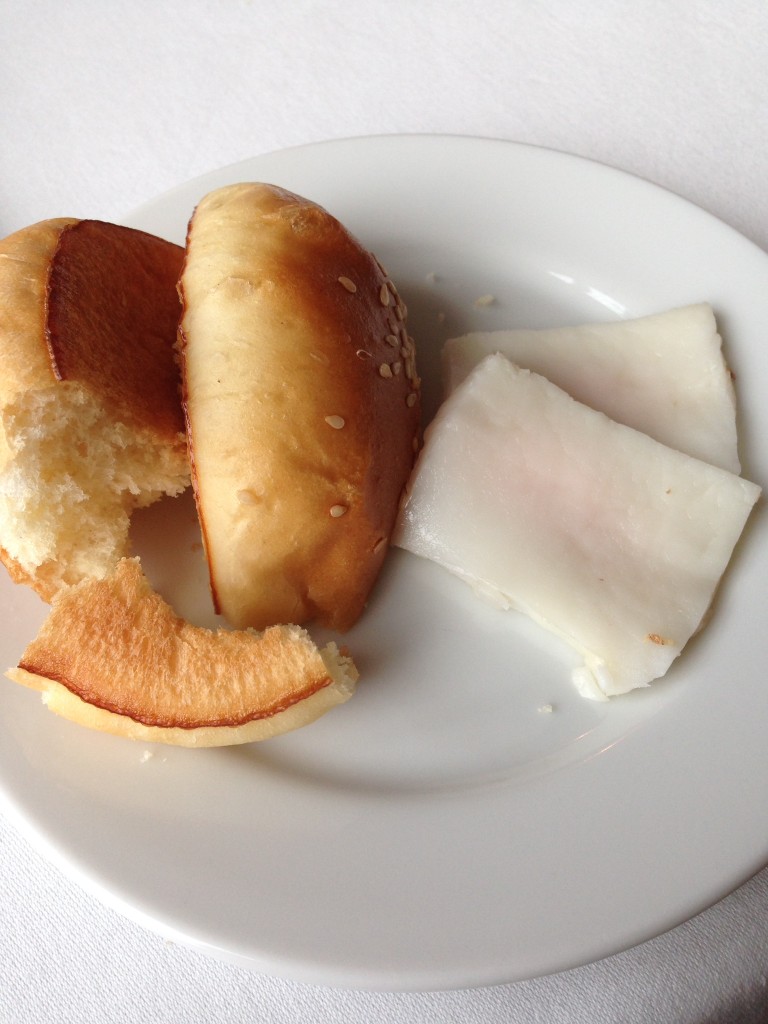 Ukraine has been called the “breadbasket” of Europe — as the second largest country, and with acres and acres of plains, it is home to some of the most fertile farmland on the continent.  Which means eating in Ukraine has a lot to do with what’s grown: grains, root vegetables, farm animals, and fruit orchards.

There are fine dining restaurants in the larger cities, but if you’re eating like a local, you’ll find food rooted in peasant traditions — hearty and filling, perfect to fuel you for a long day’s work. Here are four dishes to get you through those cold winters.  And if you’re still hungry? No worries – Ukrainian restaurants serve up baskets of dark bread paired with salo, cured pork fat.  There’s no dieting here! 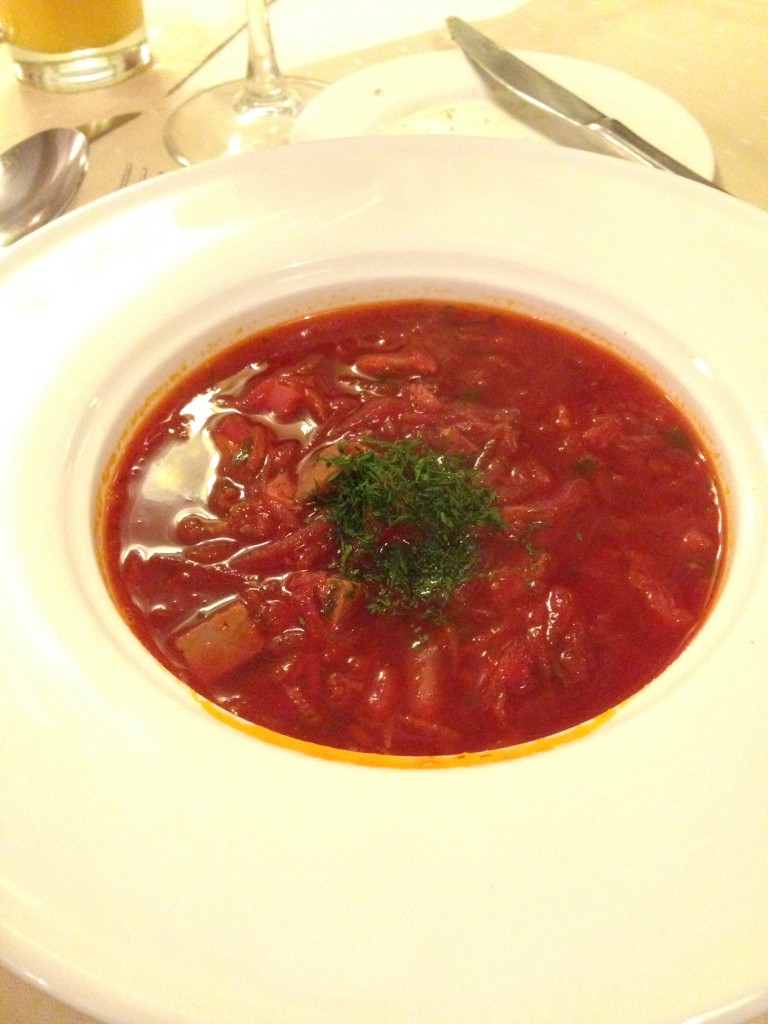 Borscht. As a kid, my mother used to order borscht at Jewish delis — purple beet soup that would become a shocking hot pink as she stirred in the sour cream. In Ukraine, borscht is different, a thicker and meatier soup that’s more red than purple, and is entirely satisfying on its own as a meal.

The Ukrainians actually invented borscht, which was tweaked and changed as it made its way across Poland and eastern Europe. Here, they eat it hot, made with beets, tomatoes, potatoes, and beef or pork. You might have some herbs sprinkled on top, and it will be served with sour cream, garlic, and either toasted rye bread or a doughy garlic roll called pampushki.  Borscht is rich and hearty, with a complexity from the beef stock that makes it stick to your bones — like a Ukrainian bear hug.

Vareniki.  Every culture has its dumpling, and in Ukraine, it’s the vareniki.  These small crescent-shaped pillows of dough are uncomplicated: stuffed with either potato, cabbage, meat, mushroom, cheese, or dessert fillings, then boiled.  The word actually means “boiling thing”. But to think of it as plain food is to not do it justice: these things are freaking addictive.

Once boiled they’re tossed with butter or oil and served with sour cream — soft little flavor bombs that never seem like enough until they ARE and then you’re stuffed and can’t move from your chair and you’re like: curse those blasted vareniki!  In short, like all dumplings around the world, they’re amazing. All food should come in its own dough purse: convenient and delicious.