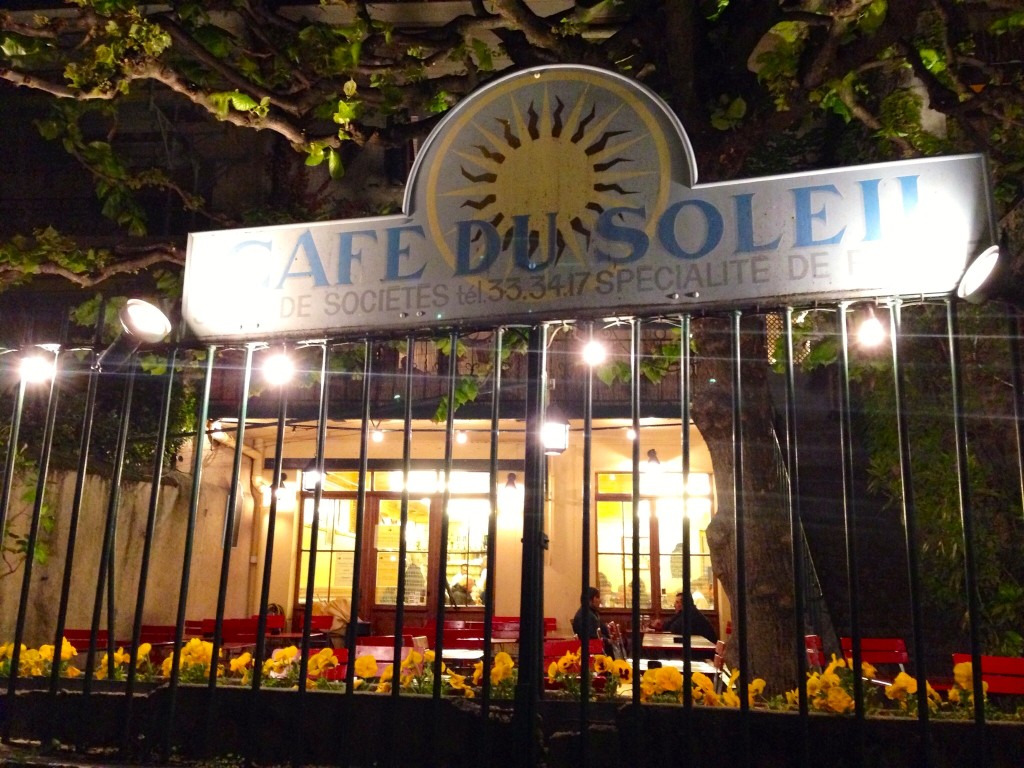 When diplomats descend on this sleepy Swiss town for high-level talks, it’s easy to get stuck in a lobby, choosing the most moderately-priced sandwich on the highest-priced hotel menu you’ve ever seen.  If $50 burgers and $35 gin & tonics are your thing, I can highly recommend the lobby of the Intercontinental Hotel.  But for a more authentically Alpine experience, just walk up the road to the Cafe du Soleil.

Soleil is primarily a fondu restaurant — and you will be surrounded by local families dropping forkfuls of bread into steaming pots of cheese. But don’t ignore their other dishes, including an entire page of seasonal specialties.  Which means a hunter’s platter in winter, and several asparagus preparations around Easter. 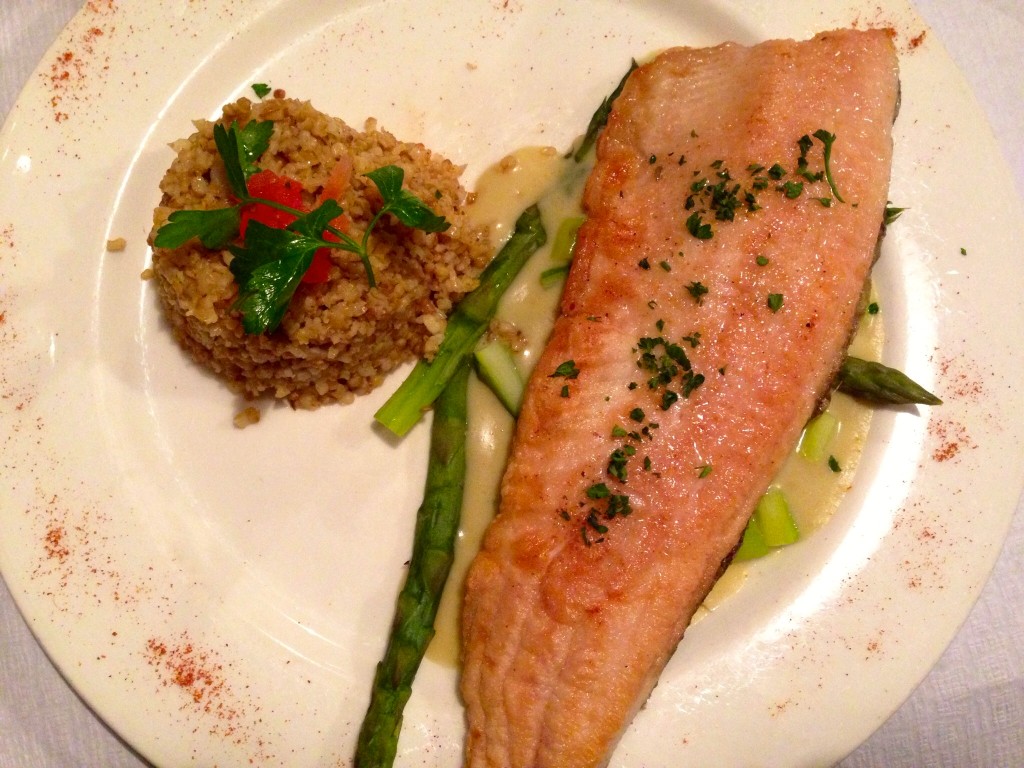 Bone in lamb shank with couscous was an excellent antidote to the still-crisp evening air, while pan-fried lake perch with asparagus and lemon butter was springtime on a plate: flakey fish, toothsome spears of asparagus and a classically French sauce that was both rich and bright, begging to be finished off with bread. 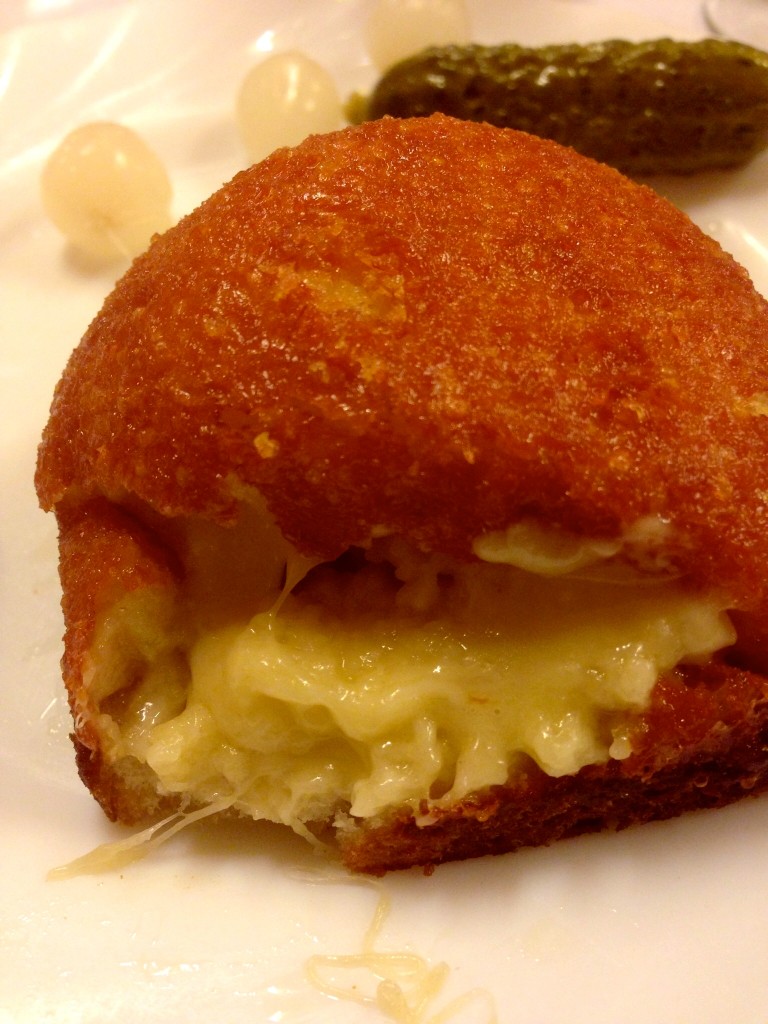 One of the rarer menu items in this cozy little spot are the “Malakoff” — essentially portable fondu pockets, initially designed for soldiers heading to fight the Crimean war. Fondu cheese is encased in breadcrumbs and lightly fried, oozing out onto the plate only after being cut. It’s crisp on the outside, warm on the inside, buttery and bad for you… but after a long day at the UN, it might be just what the doctor ordered. 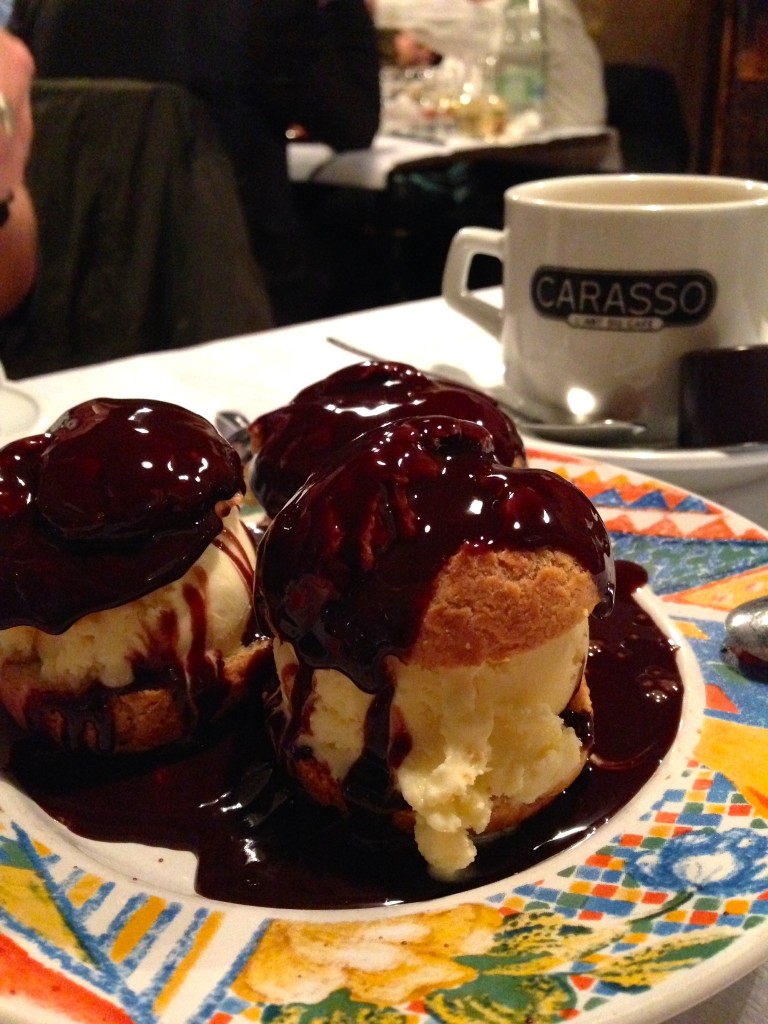 After the sticker shock around town, it’s nice to sit in a neighborhood bar with $5 glasses of wine and even cheaper draft beer; to be surrounded by locals and families and waiters who’ve been there for decades.  It’s a peaceful endroit in a city of security councils, and in this area known for bargaining and compromises there is one non-negotiable: you can not leave without eating the profiteroles. That’s an order.

One Response to Dining with Diplomats: Cafe du Soleil in Geneva, Switzerland