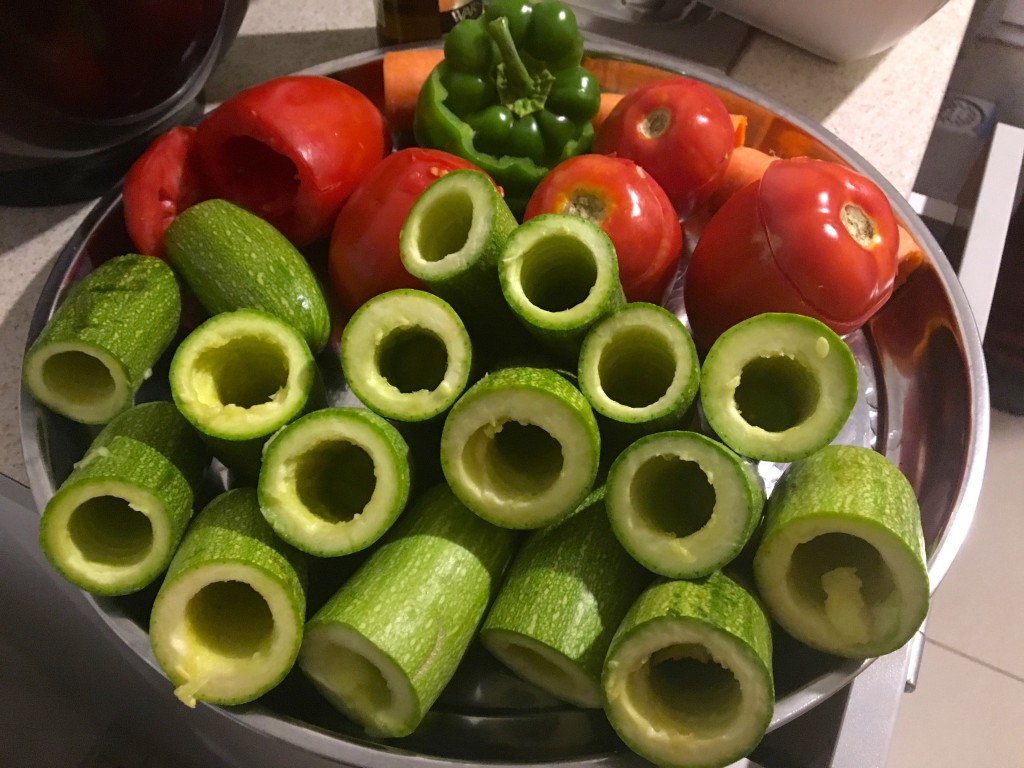 On the road, a home-cooked meal is an absolute luxury: a respite from the impersonal hotels and convivial but antiseptic restaurants that greet us at the end of each day. In Northern Iraq, we were invited (hooray!) to Hiwa’s house for his casual take on a traditional Middle Eastern dish, dolma.

Now, I knew dolma only as stuffed grape leaves. But it turns out dolma literally means “stuffed thing,” and for Hiwa that meant an assortment of fresh vegetables from the market that day: tomatoes, onions, green peppers, carrots, and zucchini. He hollowed them out with a plastic corer (a knife would also do the trick) and set aside the insides to use in the filling. 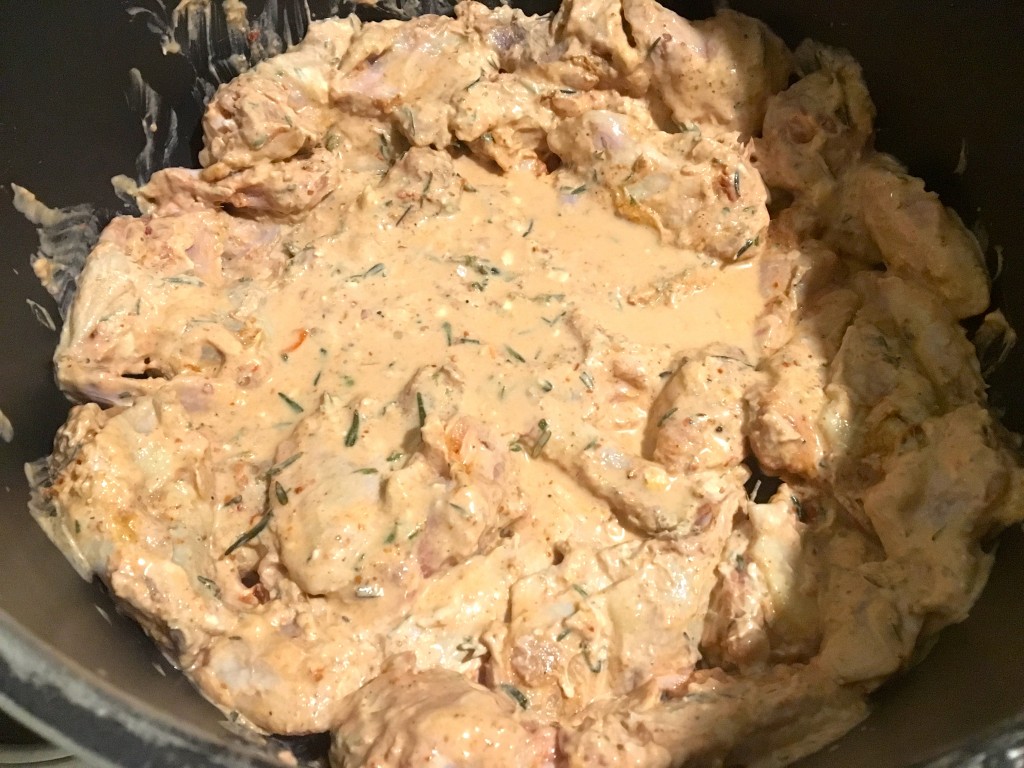 In a large pot on the counter sat a tangle of chicken wings, marinating in yogurt, lemon juice, Kurdish wild oregano (which is more like thyme), crushed hot peppers, and tarragon. In another bowl he had a few cups of soaked, uncooked rice, and he mixed that by hand with more lemon juice, herbs, and the minced vegetable cores & juices… a sloppy, juicy mess of filling. 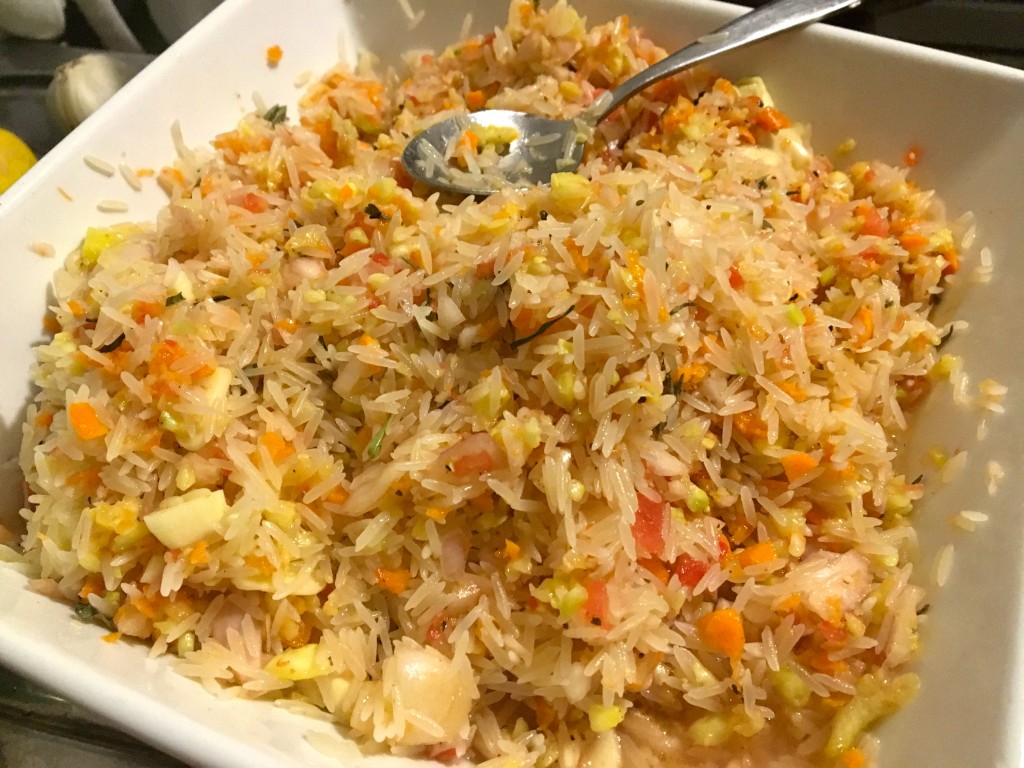 He started with the vegetables that took longest to cook – zucchini, onions, carrots – and filled them 2/3 of the way with the uncooked rice filling (it expands as it cooks), then layered them into the pot on top of the uncooked chicken. 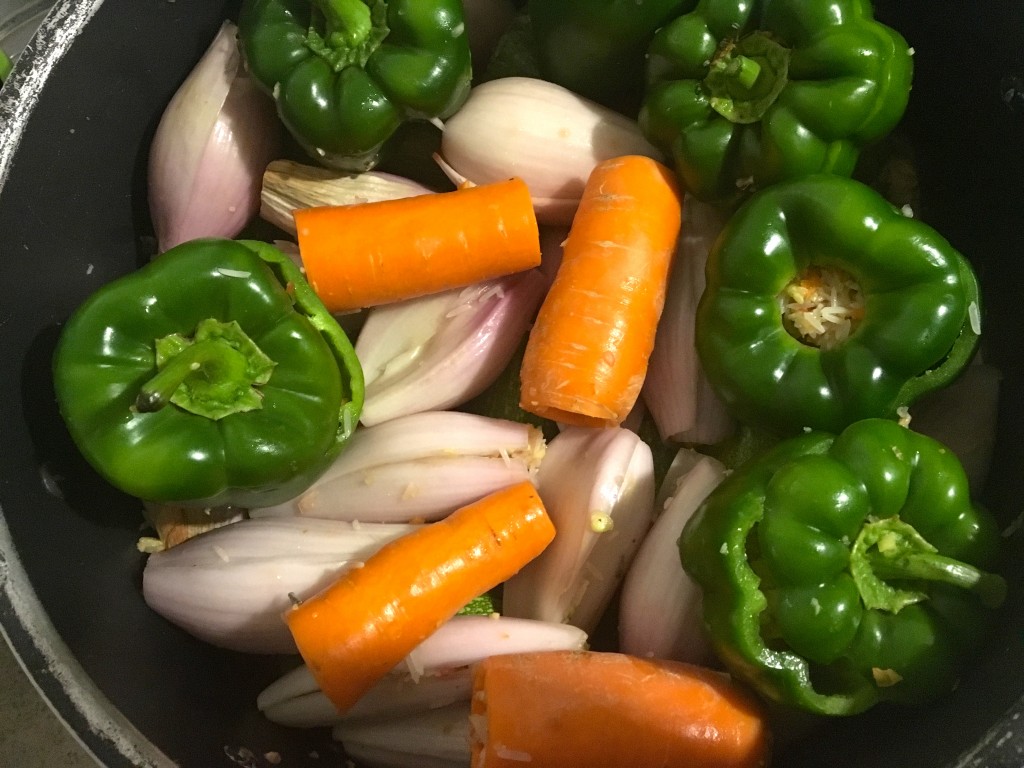 Zucchini… onions… carrots… green peppers… tomatoes… and at the top of the pot, entire unpeeled bulbs of garlic. When the pot was full, and the filling gone, Hiwa weighed down the mixture with a heavy ceramic plate, covered it all with the pot lid, and put it on a medium high heat on the stove top. 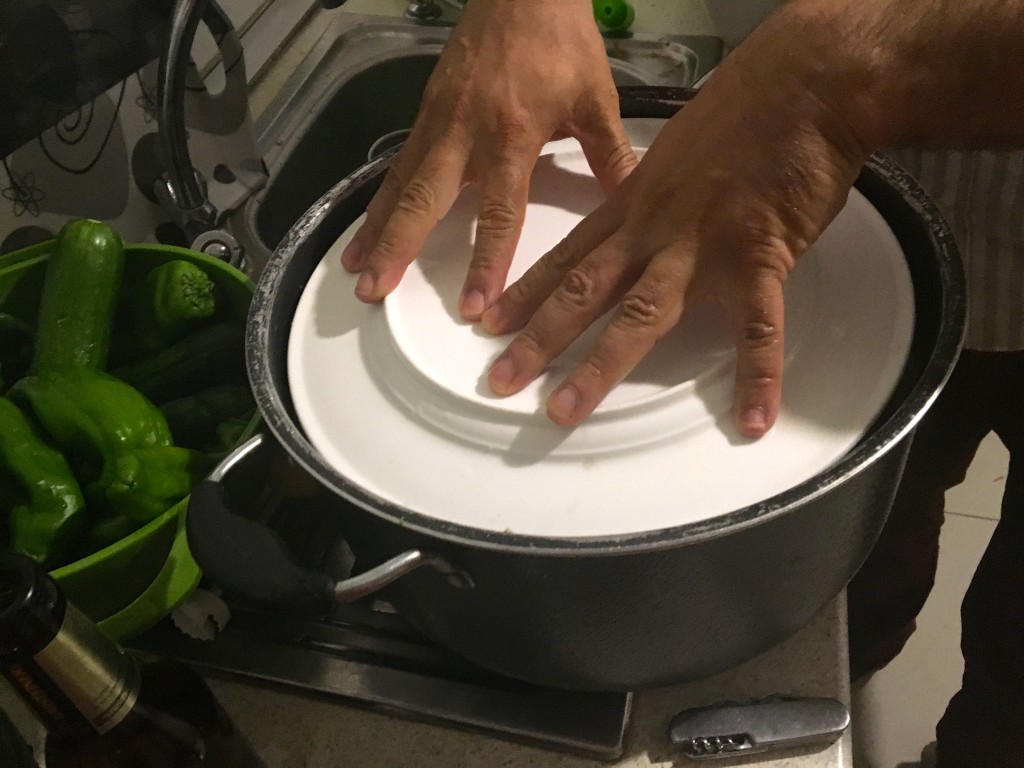 While it began to cook we nibbled on radishes in lemon juice, nuts, and fava bean puree while sitting out in the muggy half-moon night on the porch.

After a bit — and everything in this recipe was approximate and casual, from the type and amount of vegetables used to the time on the stove – Hiwa turned down the heat and let it simmer away for about 90 minutes. 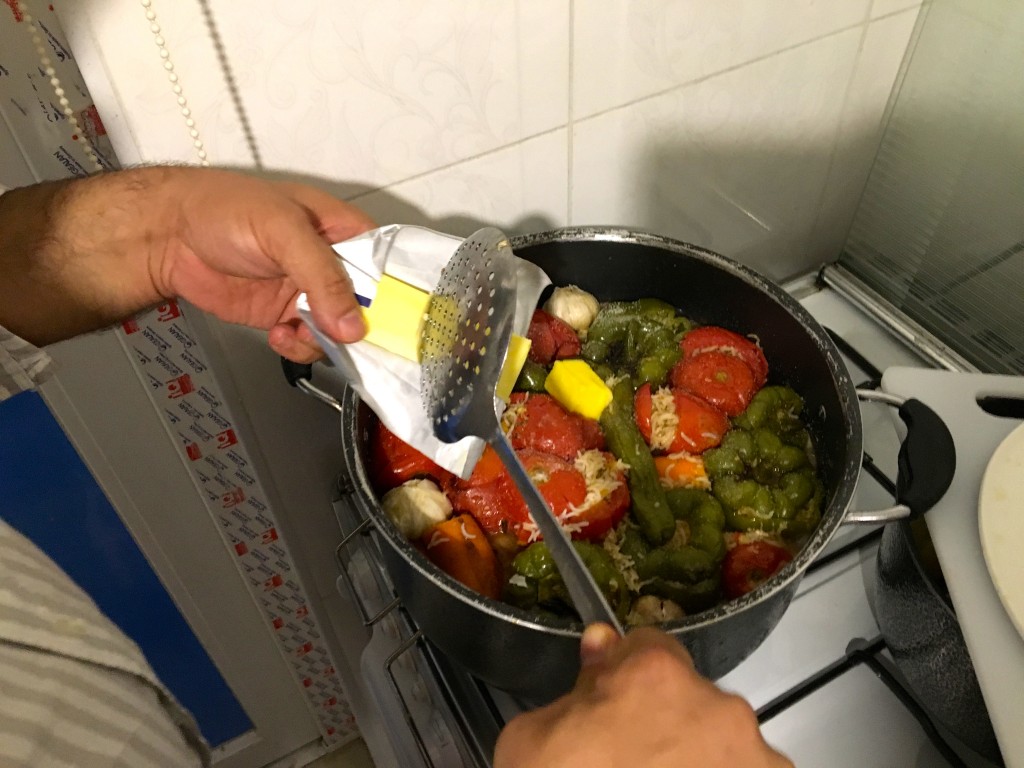 When he thought it might be close to being ready, he dropped in half a stick of butter, replaced the lid, and let it mingle for another 10 minutes.

By that point more diners had arrived – unexpected drop-in’s looking for a place to hang out and chat. But the beauty of the dolma is that it can feed a crowd… the chicken caramelizes, the rice expands, the vegetables give in and by the time everyone is ready you have three platters worth of meat, rice, and vegetable to serve.

It was finger-lickin’ good… tangy, spicy, warm and satisfying. The perfect dinner with friends. 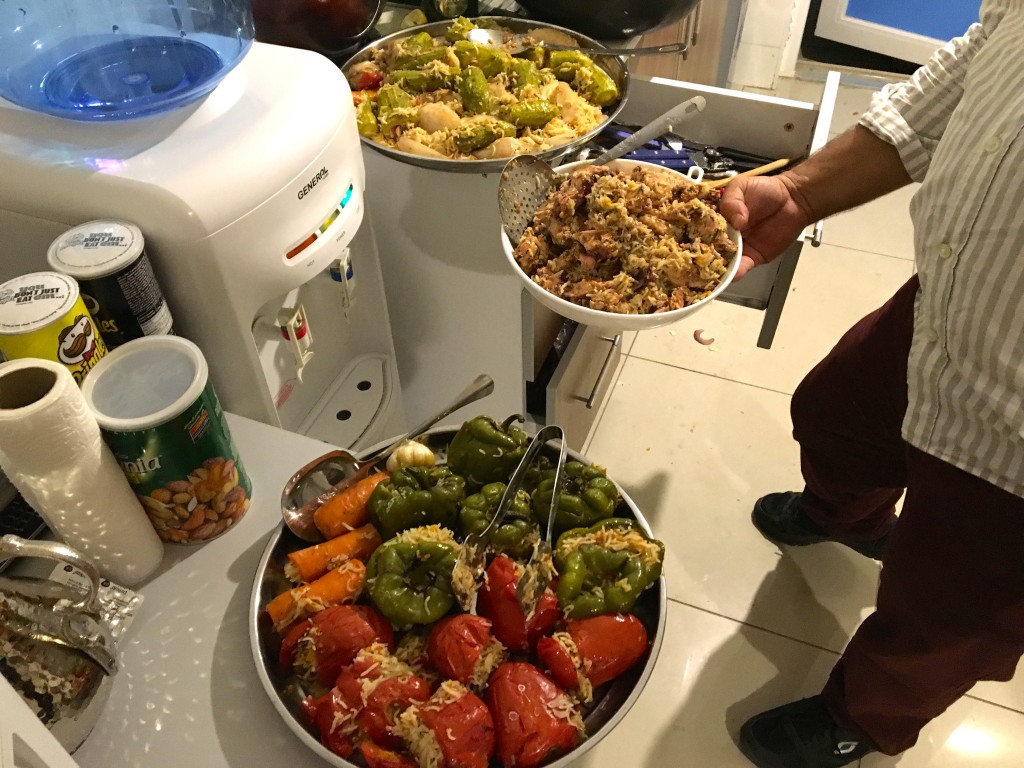 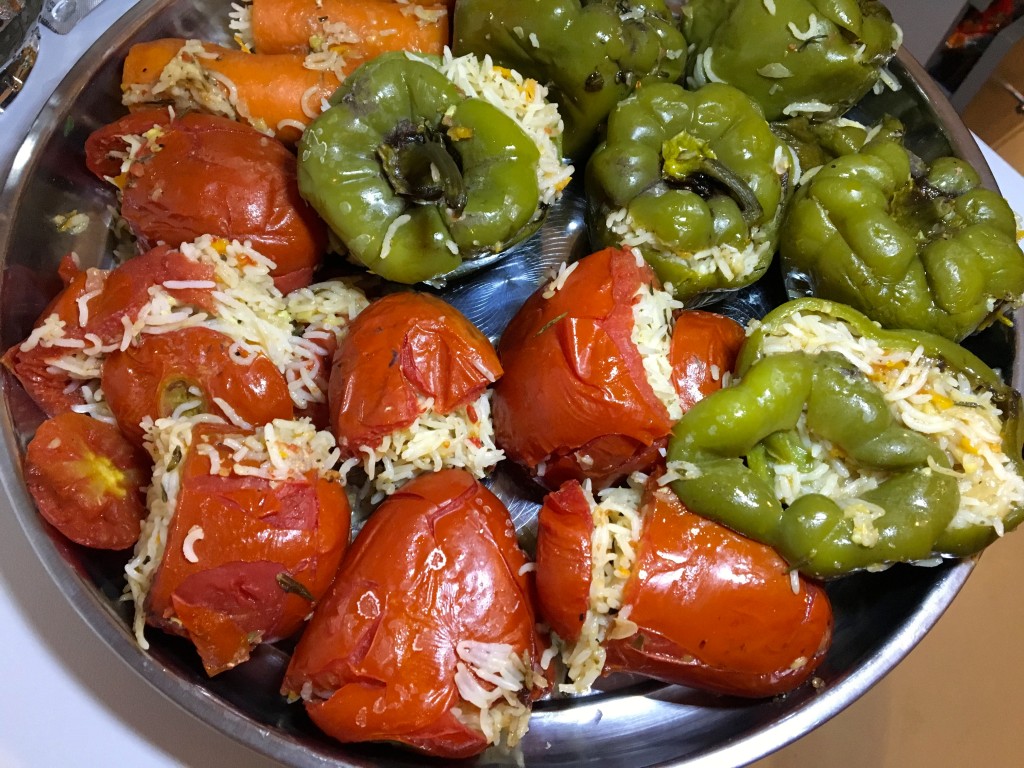 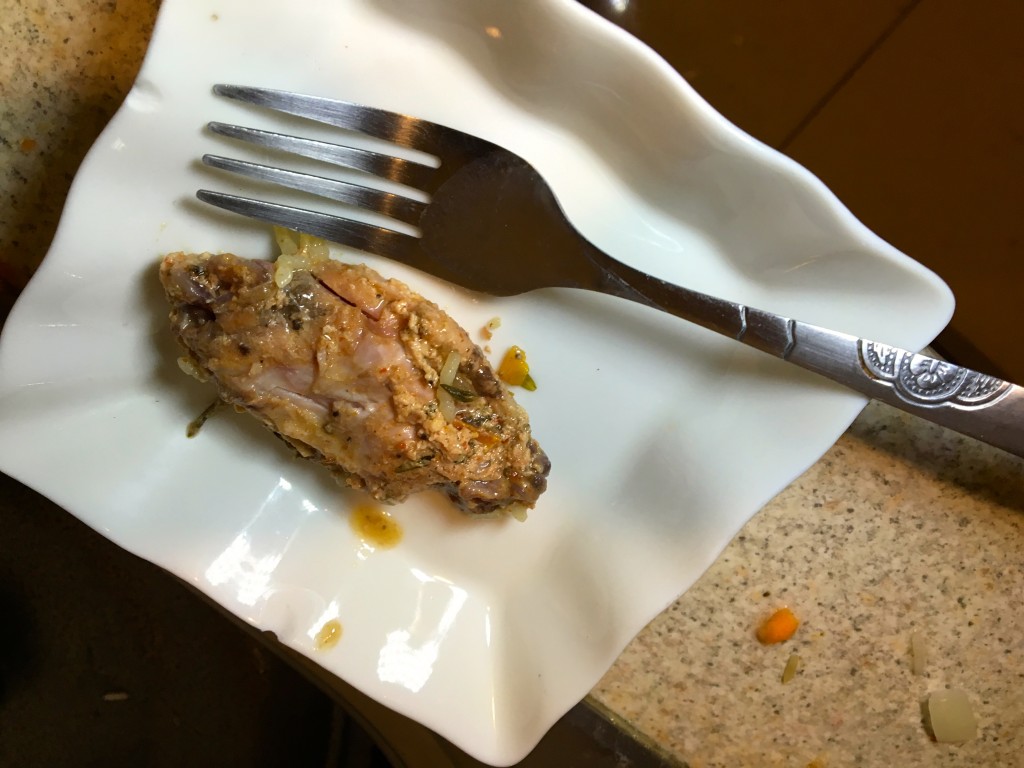 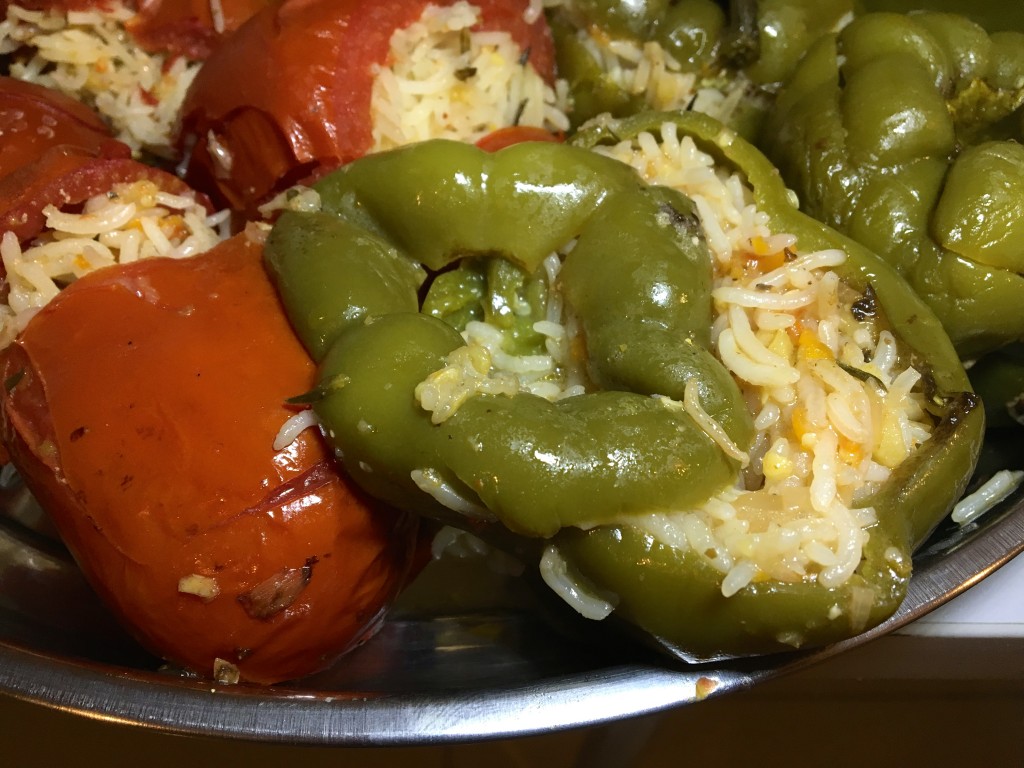