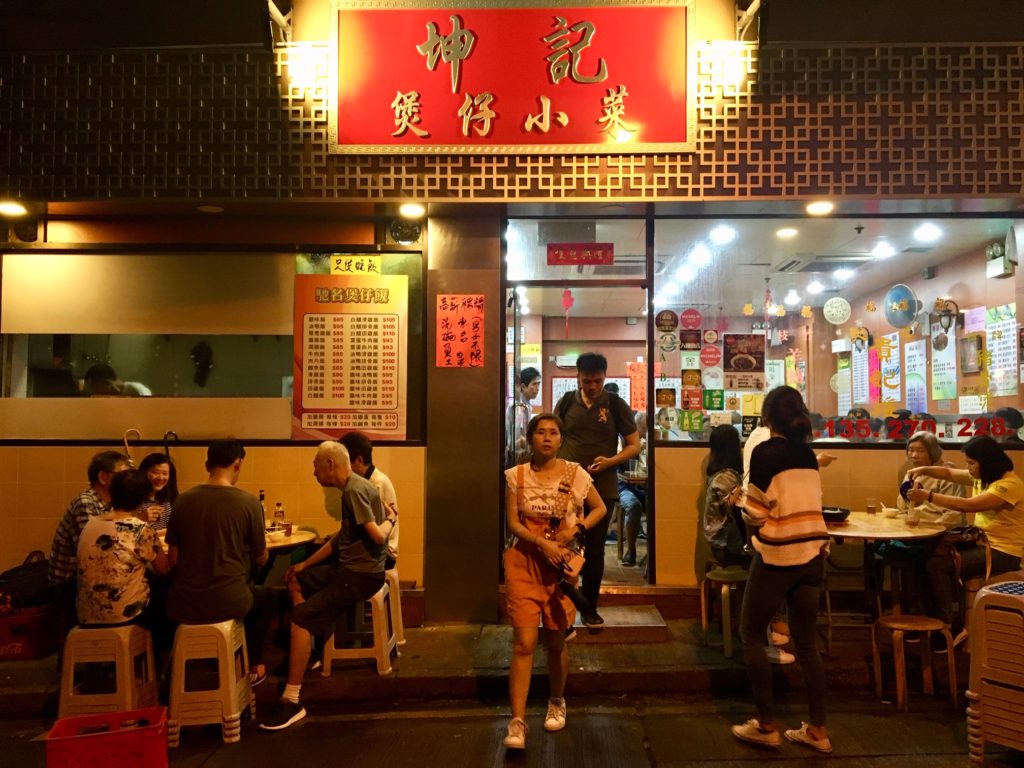 Hong Kong is, as everyone knows, a foodie paradise.

Skyscrapers soar with Michelin-starred European restaurants perched on top. Dark alleys throb with neon lights and smells from kitchens roasting meat, frying noodles, or steaming dumplings. There is quite literally high, low, and everything in between.

But while covering the protests in the streets of this city, there was not much food to be found. The blocked streets were major arteries – places where cars didn’t generally stop – so office buildings, not cafes, lined the roads. And as the day progressed the nearby indoor food court (yet another cornucopia of rice balls, bubble tea, and fried seafood) was thronged with wounded protesters and slick with water from the rain outside.

And in the air… Tear gas. Pepper spray. In the humid soup of a summer day on this island, it was like standing at a kitchen counter full of a thousand cut onions. And then rubbing them in your eyes, for good measure.

The gas is a lachrymator (go ahead, look it up) and, it turns out, an appetite suppressor. Adrenaline and fight/flight instincts remove all thoughts of food.

But when finally we came up for air… a day later, in the calm of a city licking its wounds and clearing its debris, we found comfort food for a first meal back: clay pot rice. 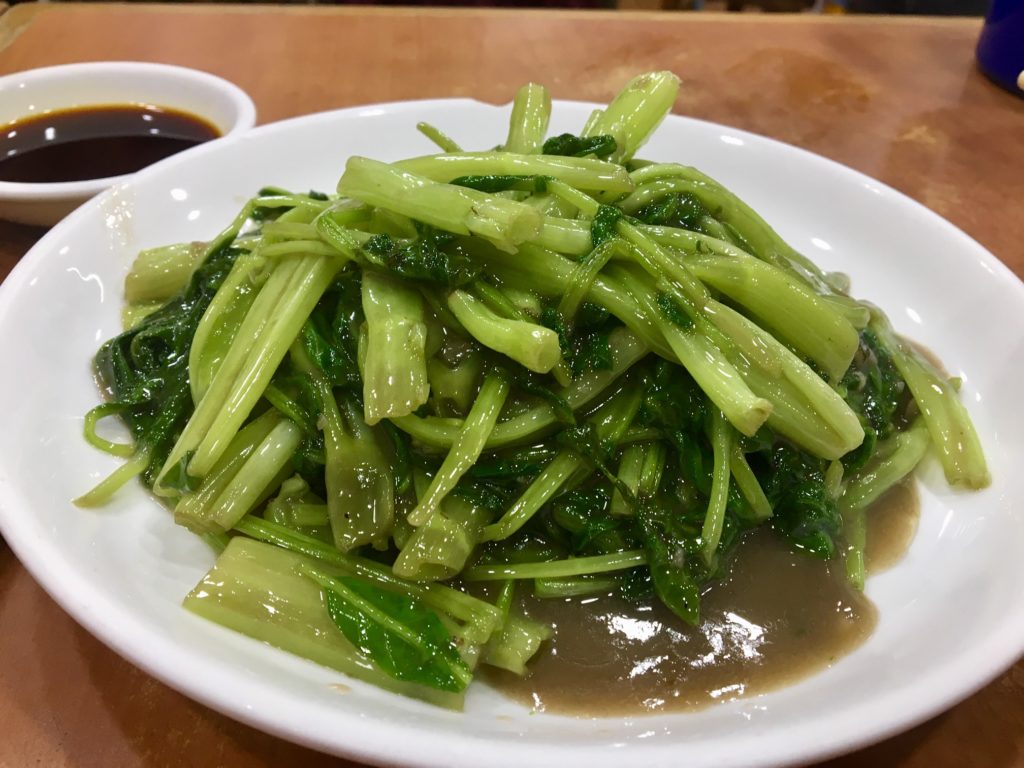 At Kwan Kee Clay Pot, a bare-bones, side-alley joint with lighting that flatters no one, we dug into sauteed water spinach with black bean sauce – salty and silky and vibrantly green. 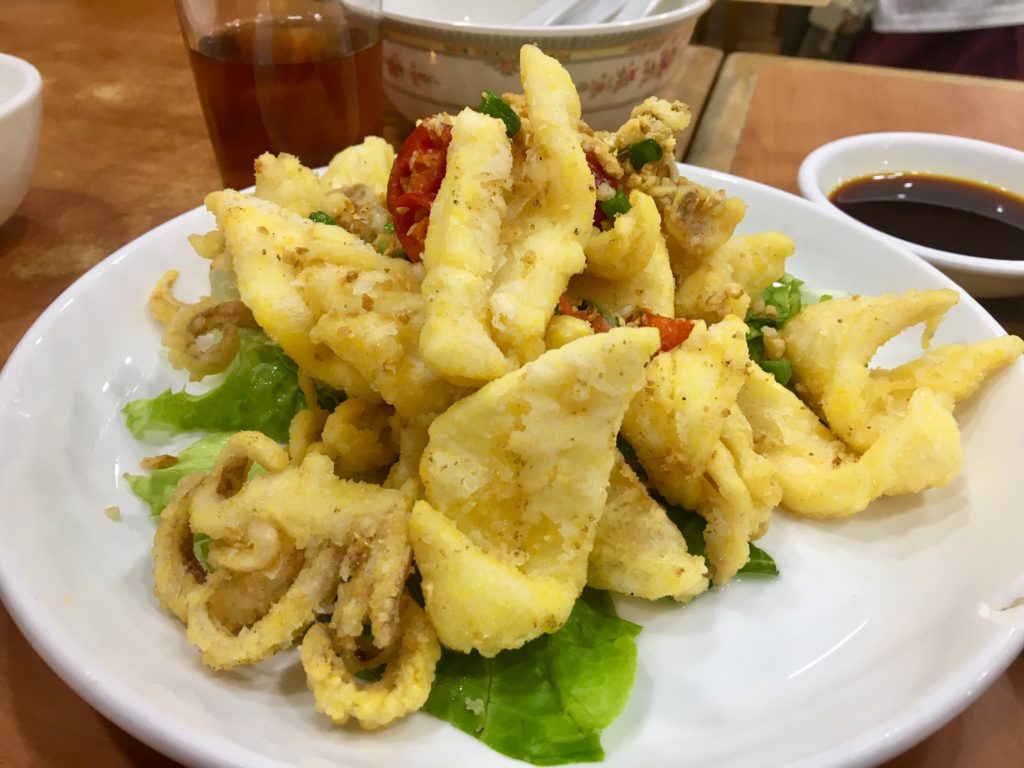 Fried squid with hot salt came next, hunks of freshly caught and cut calamari dusted in rice flour, fried, and topped with addictively crispy shards of garlic and hot chilis. 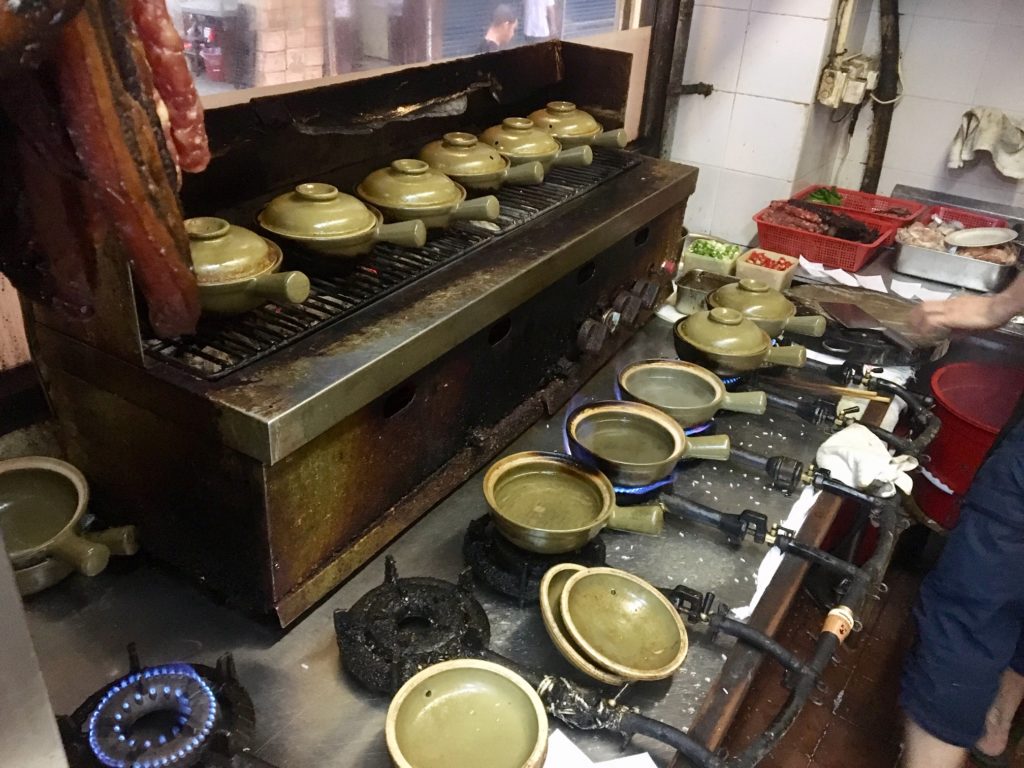 Thankfully we ordered these… because the signature clay pots take a solid half an hour to get from surly waitress to table. Here it’s a blend of three kinds of rice, tossed in oil in a clay pot. In a closet-sized kitchen, the pots are heated first on gas rings, then on a charcoal brazier, where the rice sticks and burns to the bottom like a tahdig that’s road-tripped from Tehran to the South China Sea. 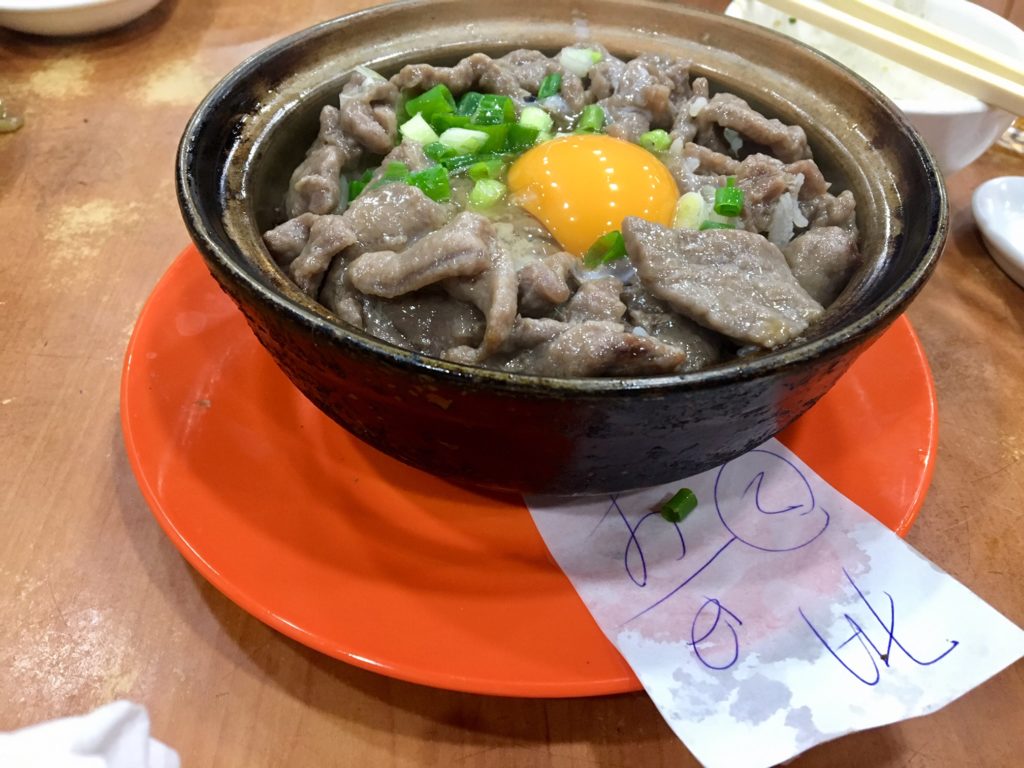 You can order it topped in any number of ways: from the relatively tame pork & egg and beef & egg we chose… to the popular white eel clay pot, preserved sausage and “edible frog”. 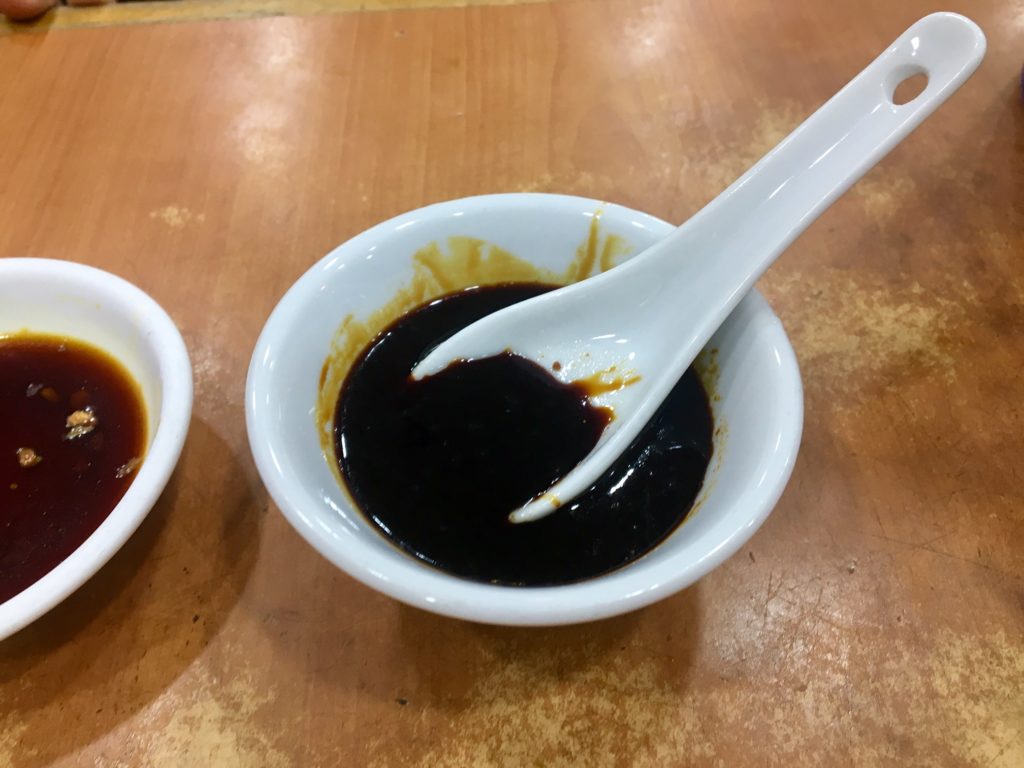 At the table you toss and scrape the bowl, mixing the burny browny bits of rice – which strangely turn sweet in the process – with the topping, the rest of the rice, and a sweet/savory dark fermented sauce that I would gladly drink in a mug. 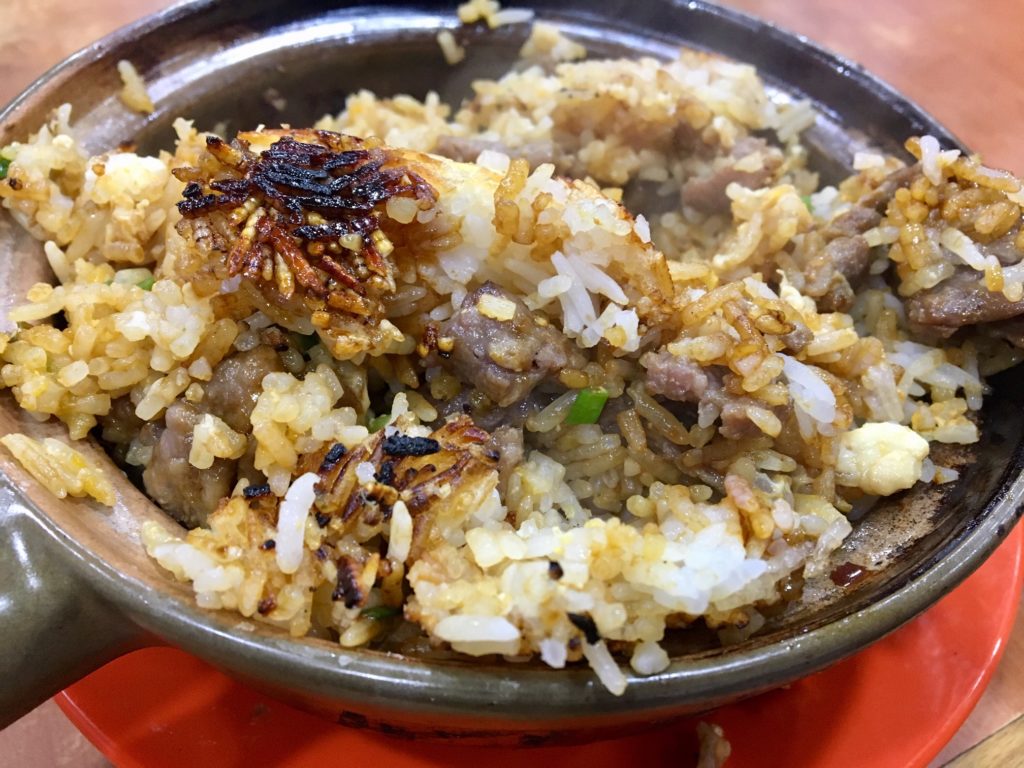 Beware: the clay pot is filling. By the end I was cheating, just picking through the dregs with my chopsticks for only the burny bits (I crave carbon: is that strange?). And just as we thought the waitress was coming by to offer us something more, she gestured to the waiting crowd outside, waved her hands at us and said, “You done! Get out!”

We hustled out before she got aggressive… We had had quite enough of that. 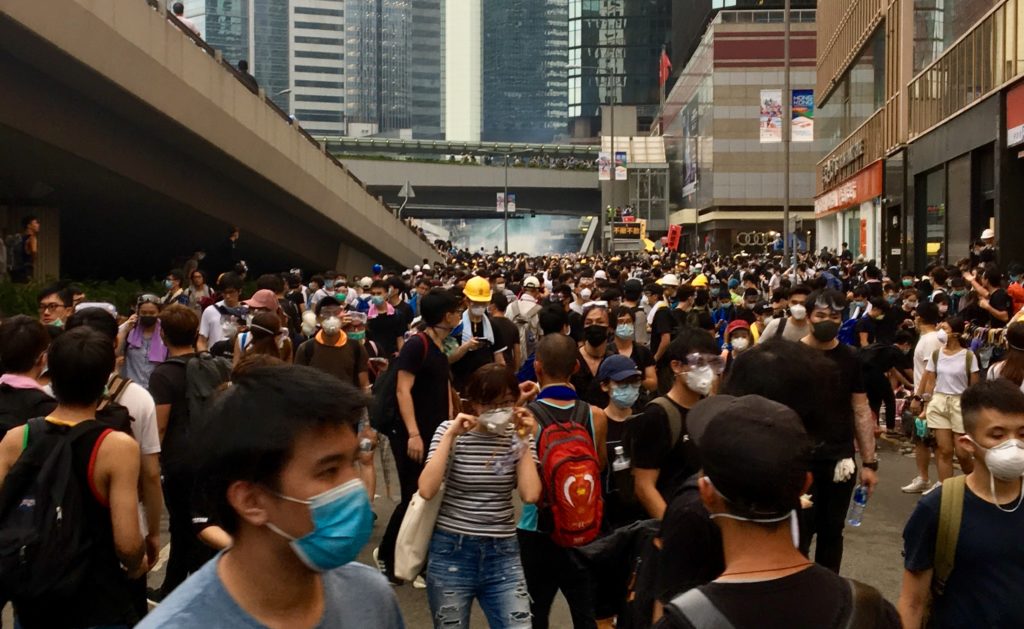 One Response to Rice. Salt. Pepperspray.