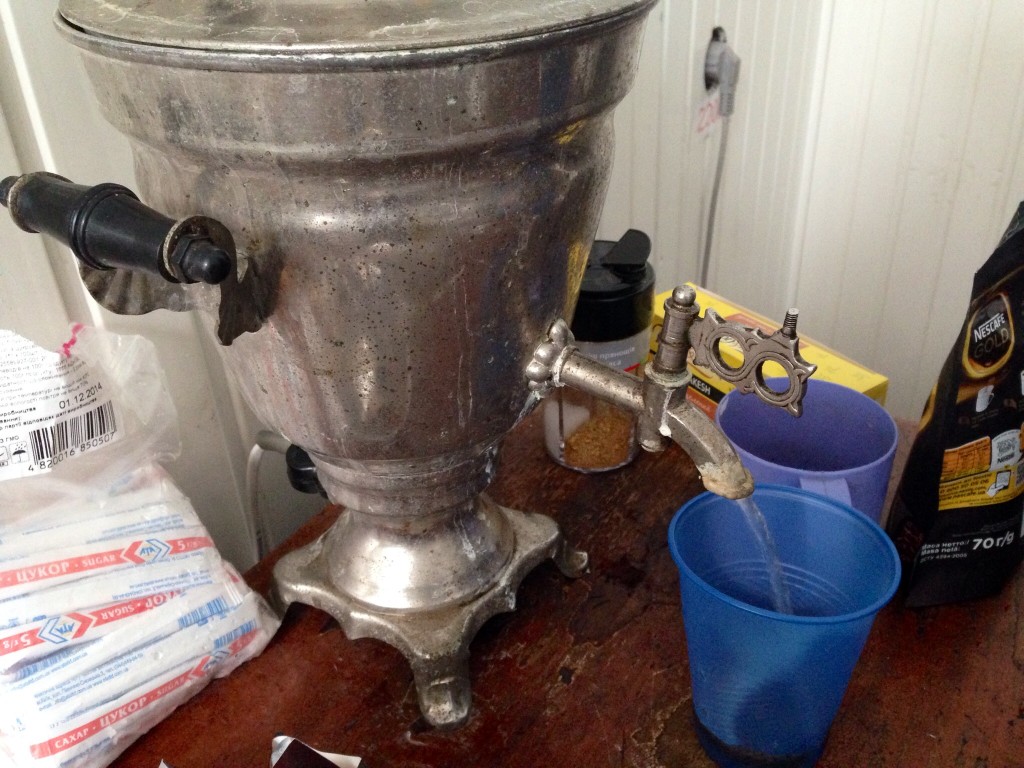 The front lines of the conflict in Eastern Ukraine are bleak, particularly in February. The areas around Debaltsevo, hotly contested between Ukrainian troops and separatists/Russian forces, are rolling hills of frosty farmland, now sallow and muddy. The Ukrainians are hunkered down in [redacted], taking shelter where they can and using makeshift stoves, the local coal supply and generators for heat. 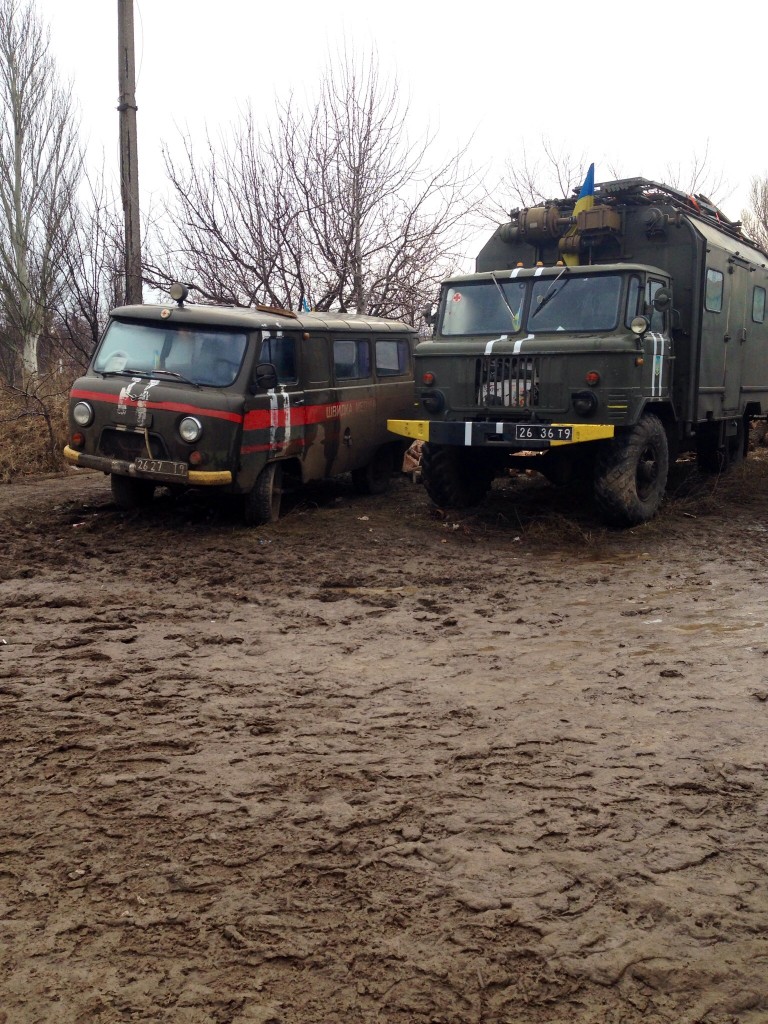 We found a national guard battalion camped about 10 miles from Debaltsevo, housed in a small building and a garage, with trucks and tanks parked nearby in great swaths of mud. They welcomed us inside — where there was heat. Pure joy, after hours standing amid heavy artillery fire in temperatures hovering around freezing! 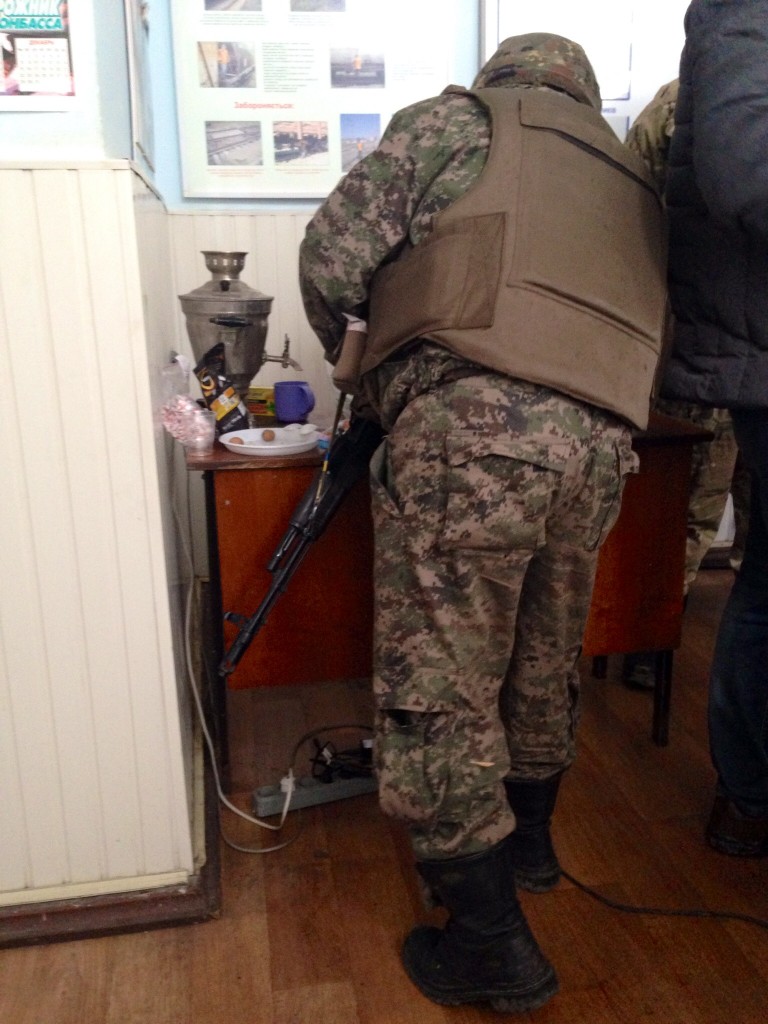 There they heated up water in an old samovar, tossed in a few spoonfuls of Nescafe and a few more of sugar, and served boiling hot coffee in blue plastic cups. A member of the national guard, kitted up in full military gear with a knife strapped to his chest, cheerfully handed out pieces of Ukrainian chocolate and little doughy cookies studded with raisins. 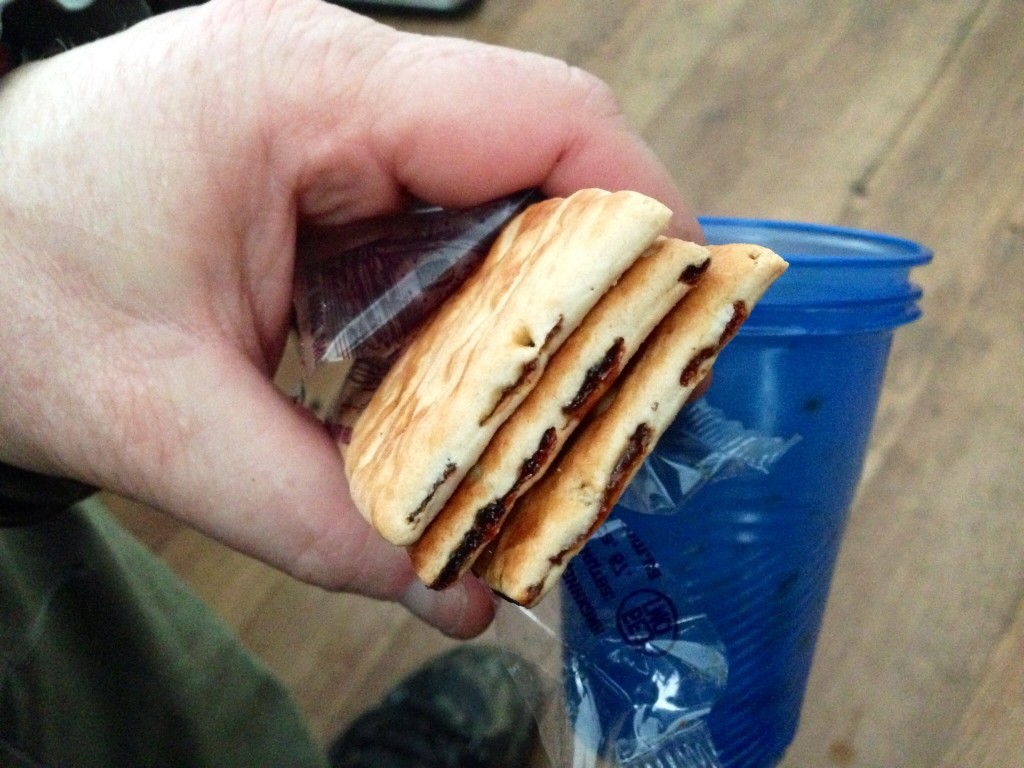 We happily raised our blood sugar levels as mortar fire thumped in the distance, like some kind of dance party among giants. Generosity under these conditions is always so touching.

After our trip to the front, when we were safely back in (relative) civilization, I opened a jar of pickled Ukrainian tomatoes. Because Ukrainian pickles are AMAZING. And also, vitamins. 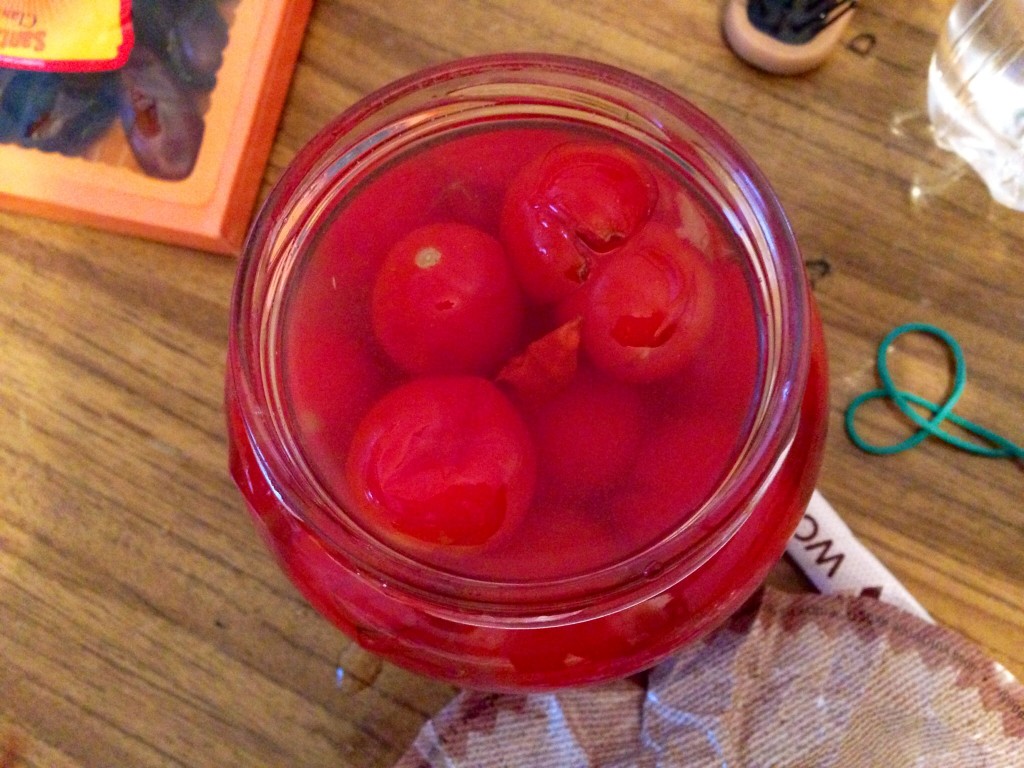