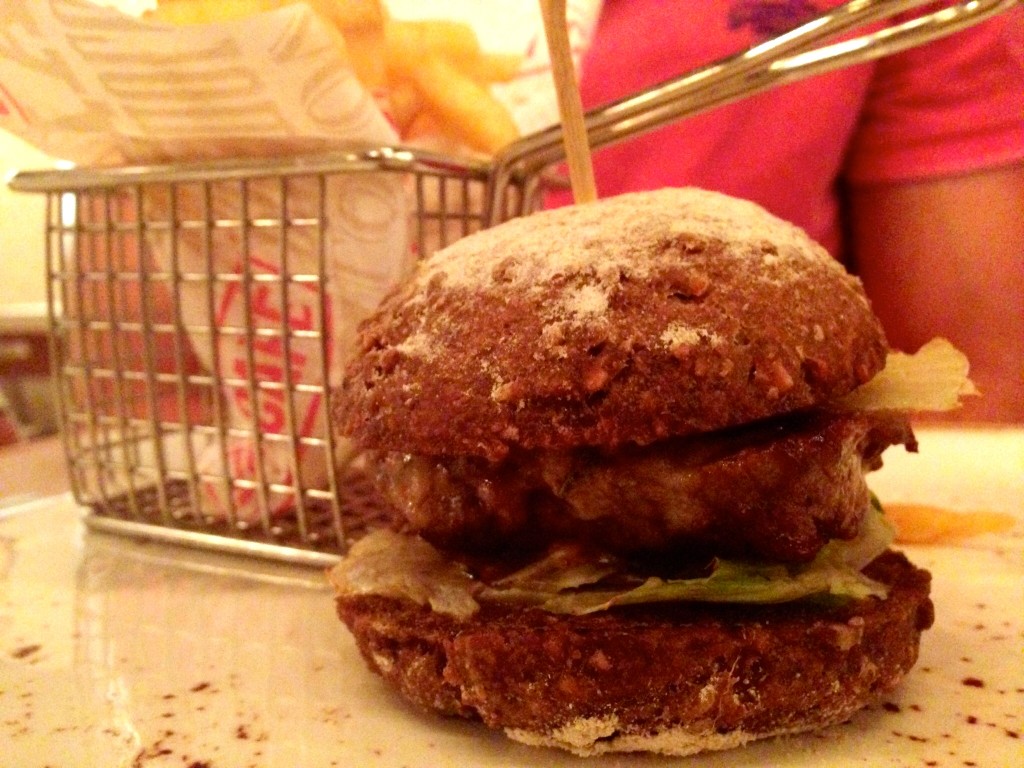 Tucked inside a nondescript glass office building, which is itself tucked between the Donbass Palace and Tequila Sushi Boom Boom – i.e. not terribly easy to find – Loft Cafe is perhaps the only restaurant in Donetsk that feels like a proper modern, hip eating establishment.  No weird Soviet kitsch, no ham sushi. The restaurant is sleek and well-lit, with high ceilings, an open kitchen, and a bar that turns out actual, recognizable cocktails. 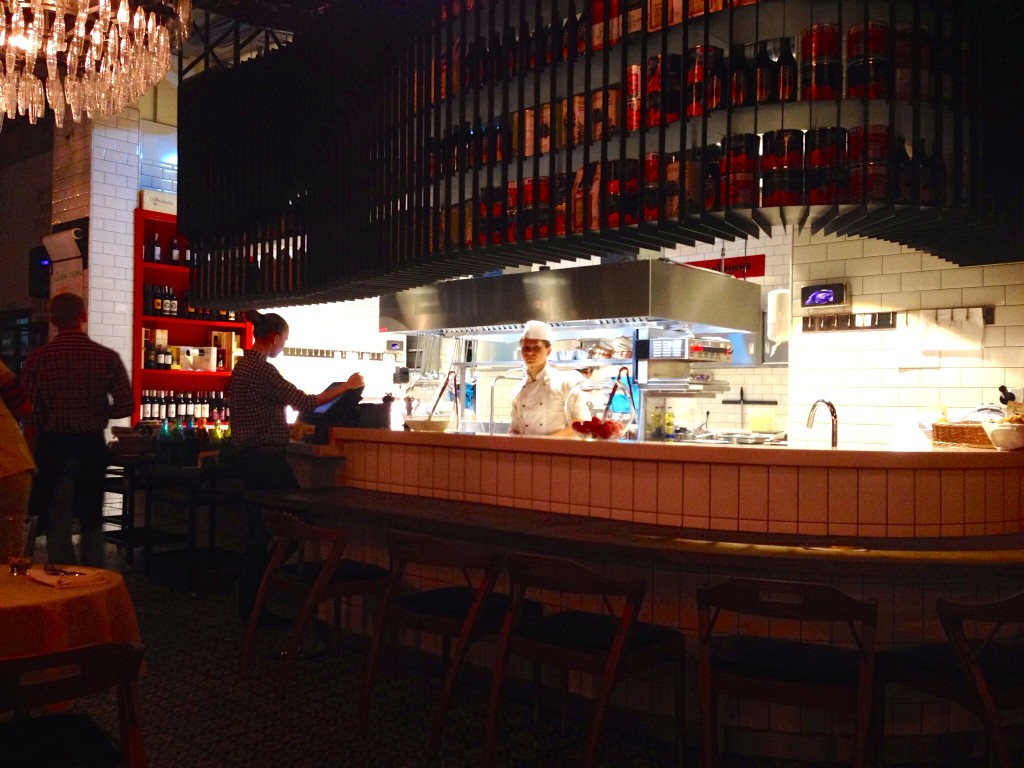 The menu is broken into sections including Soup, Salad, Pasta/Risotto, Burgers, Main Courses, and BALLS – which we didn’t order but I can only assume is shorthand for meatballs, with fish balls, kufta balls and beef balls on offer. A tom yum soup, while yummy, wasn’t much like the original; and one diner found the vegetable stir fry inedibly salty.

They take pride in their burgers here, with a few options including salmon, chicken, and several kinds of beef burgers. While well-seasoned – and served with addictive fries – the burgers were rather small, tinier than a fist and overwhelmed by the bun. Red snapper with ratatouille en papillote was a winner, cooked perfectly and with a pleasant sweet-saltiness from the vegetables.  The dessert cheese plate was large and perfect to share at the end of the meal, though two kinds of strudel are on offer for those with a traditional sweet tooth. 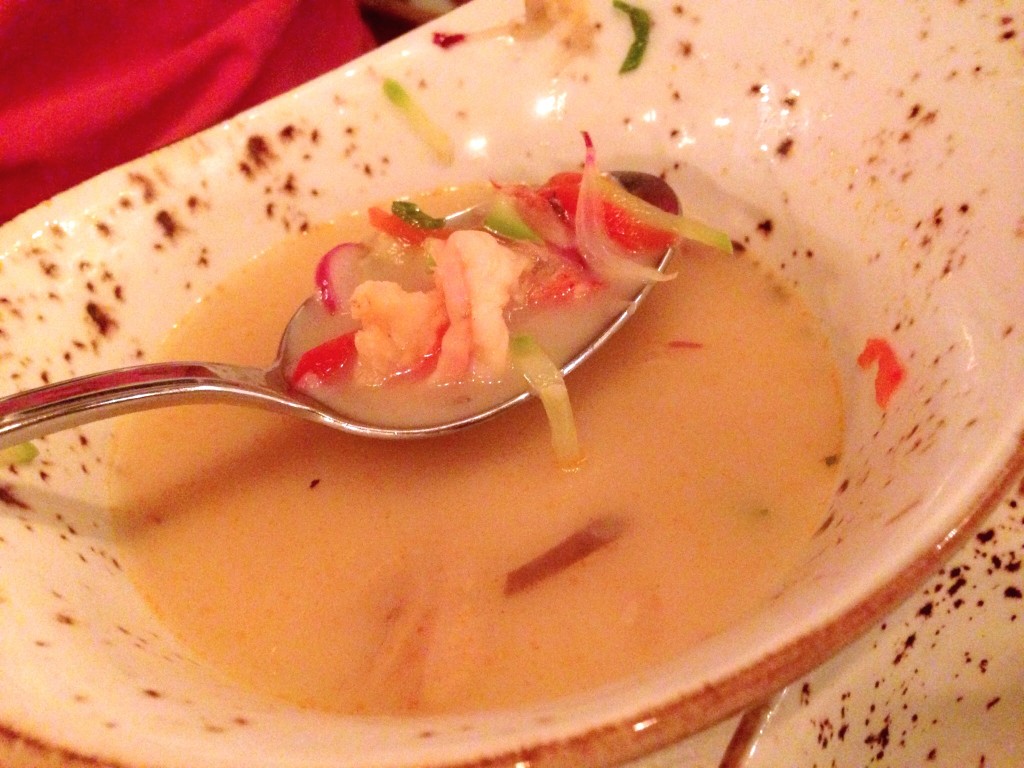 Is this the best restaurant in Donetsk? No. Some of the food was uneven, in both seasoning and size. But this was a rare spot where service came with a smile, the soundtrack was singable (as opposed to the rather loud techno that blares from every other restaurant in town), and the vibe is transporting. For a second you’re not in the People’s Republic of Donetsk. You’re back at home, and out with friends. 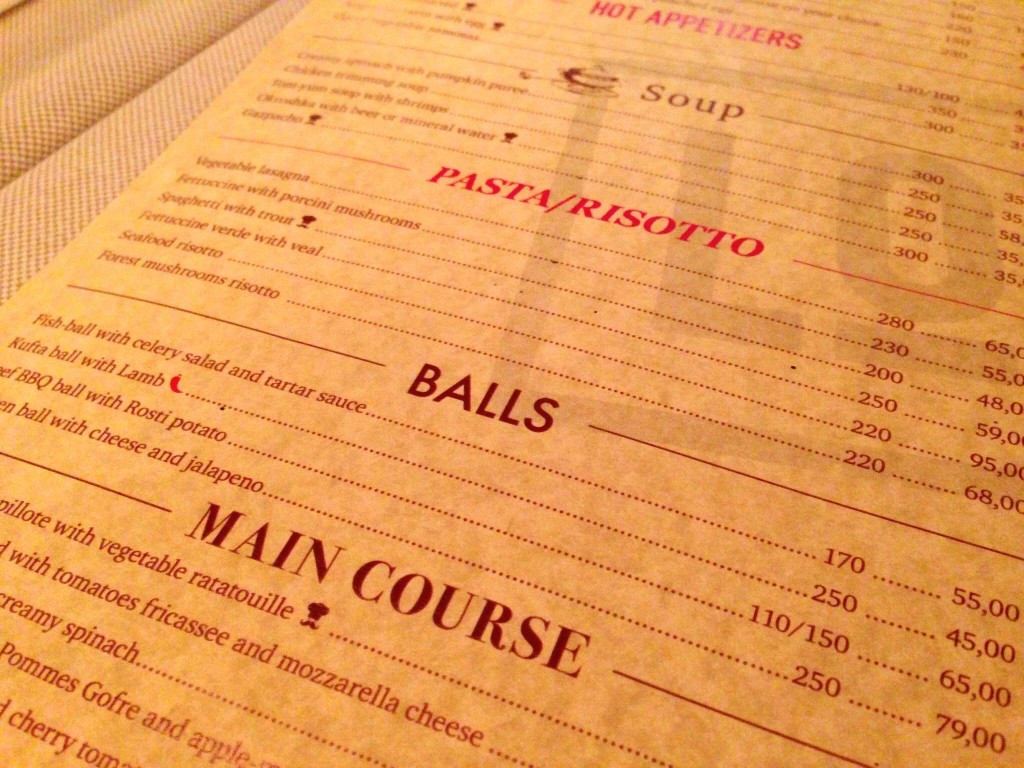 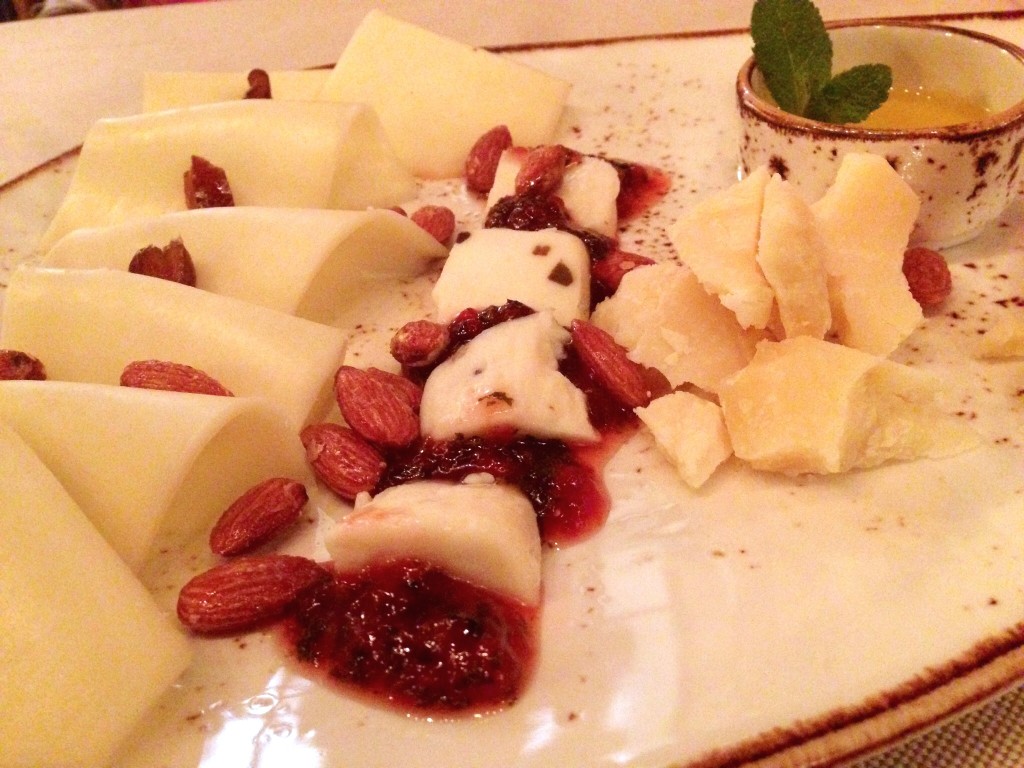 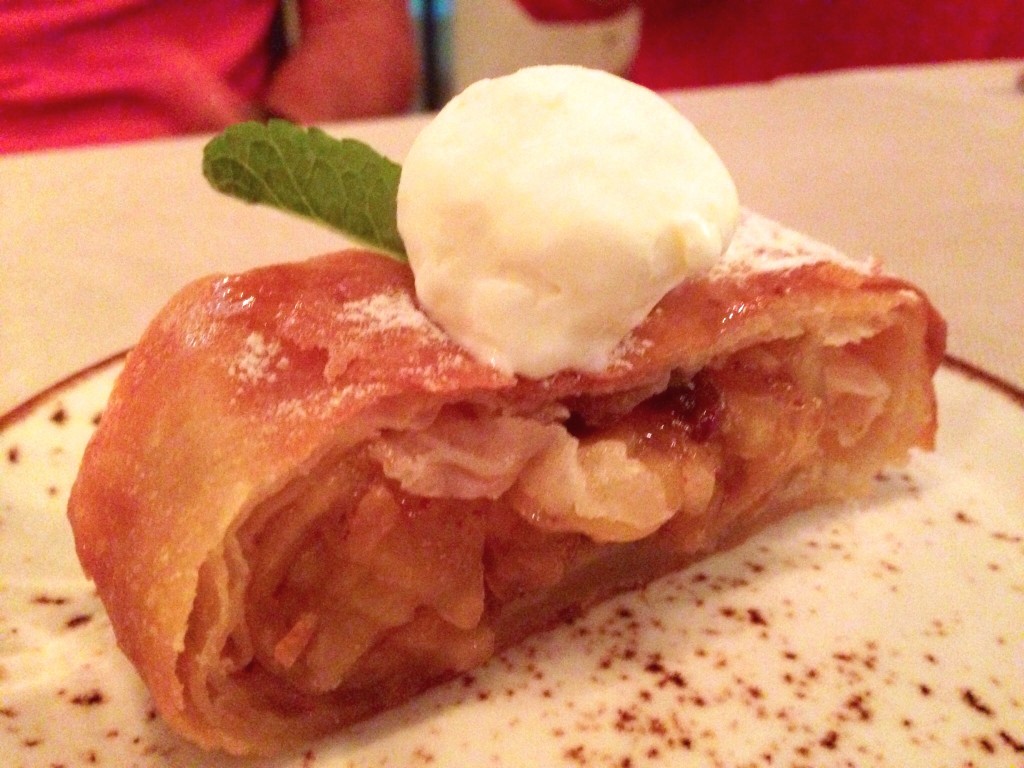 Tequila Sushi Boom Boom. BOOM!
Not a War Zone: A New Take on Tradition in Nice