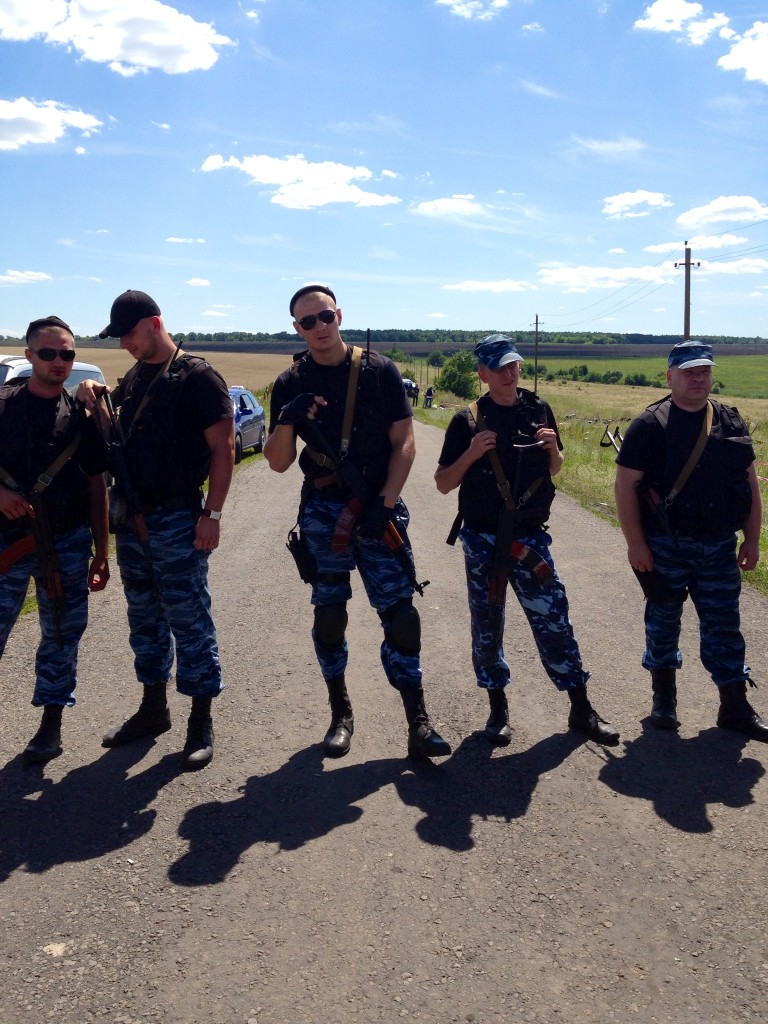 It was only May when I was here last, and there was such a thriving restaurant scene — real life going on amid the scuffles — that to see Donetsk now is a bit of a shock.

There are estimates that 80% of the population have fled this area, and indeed, many of my friends from my last visit have moved West. It’s entirely possible to stand in the middle of the main road in Donetsk… and not see a vehicle. Half of the places I’ve written about before (Tequila Sushi Boom Boom, Loft Cafe) have closed; others (Goose & Swan, Borjomi) are operating with quarter staff, half menus and abbreviated hours. You see, there’s a curfew in effect now, so they start hustling us out around 9pm. 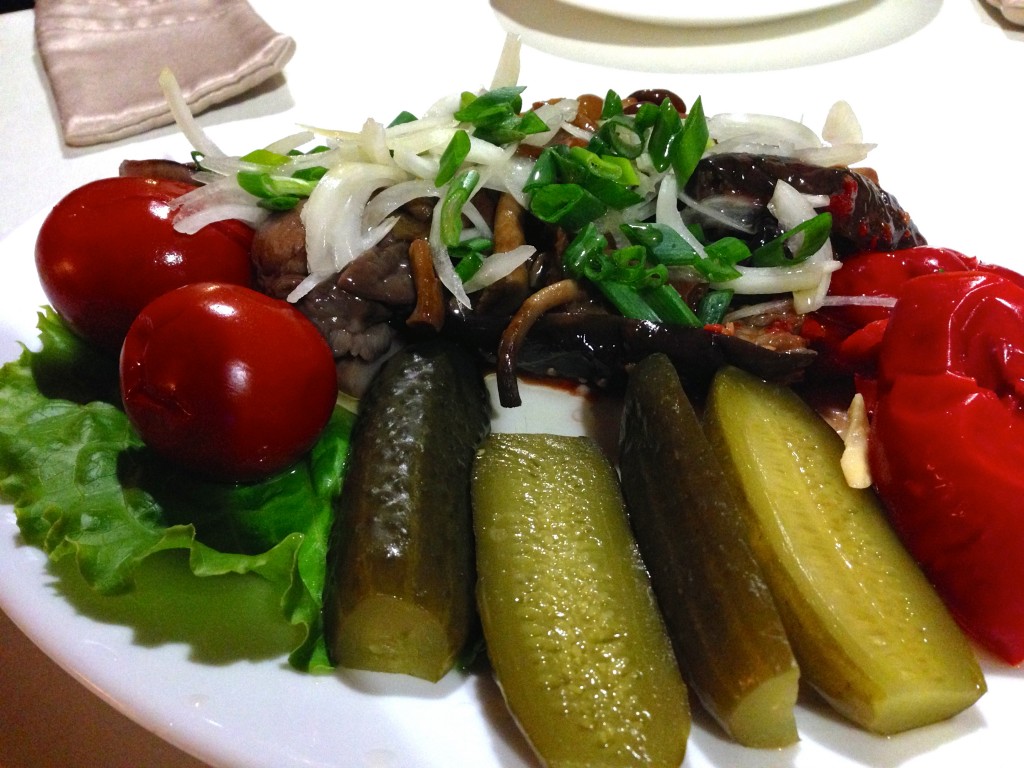 Grandma’s pickles at Goose And Swan, which is still open

Supplies are low and prices are volatile (a dish with shrimp in it the other day was listed for $33 on a menu largely in the $10 range). Pro-Russian separatists blew up a bridge on the main highway linking Western Ukraine to the East, and truck shipments must now negotiate backroads as well as checkpoints — run by both the Ukrainian military and the People’s Republic of Donetsk. Just the other day, as fighting raged on the northwest side of the city, the rebel leader told civilians to leave. For the past two days the thunder-like rumble of artillery fire could be heard around town.

Those still trying to cook and serve in this ghost town are doing a valiant job, and doing it with a smile. But the life force has disappeared now, and all that’s left is to just get by.