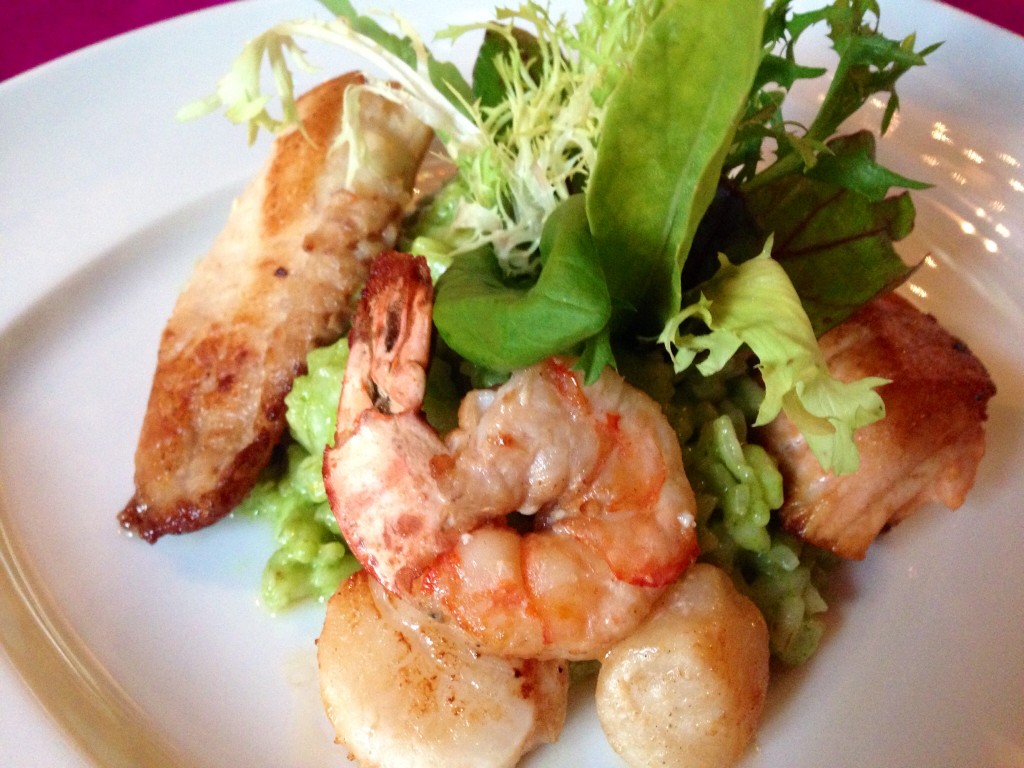 In the nearly unpronounceable town of Dnipropetrovsk sits Reporter, one of the best restaurants I’ve found in Ukraine — at the recommendation of a reporter, naturally. (Want to know where to eat in a weird place? Ask a journalist. Or just read this blog.)

Reporter bills itself as an “unusual restaurant,” so-named because (and I must crib from its website here) “a reporter is always in the center of events; even the most insignificant events do not slip his attention, because essence of things and events, as you know, is concealed in the details. So, Reporter is an unusual establishment intended for people similarly unusual. For those, who are sure: news can only be fresh. Otherwise it isn’t news. There is no in-between.”

Well, I’m not even going to try to say it any better myself. 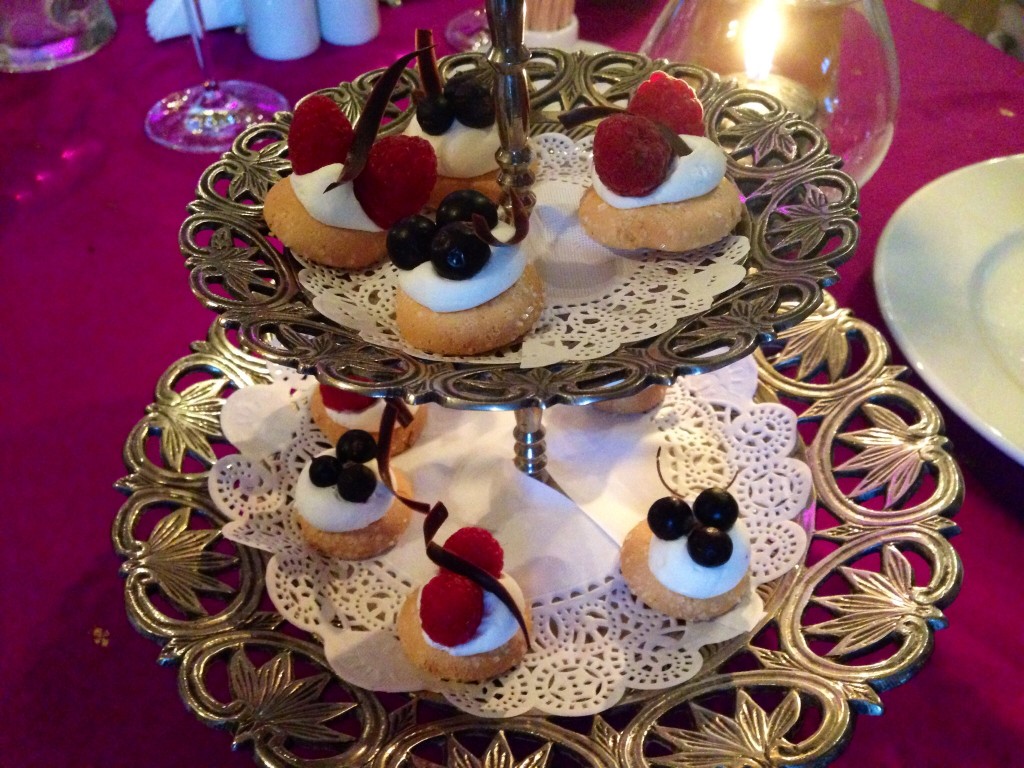 The chef here seems classically-trained, with French techniques evident in sauces & soups, amazing attention to detail (like finely formed quenelles or perfectly carved meat preparations), and elegant touches like an amuse-bouche of minced eggplant and tomato on thin rye crisps, and a complimentary dessert platter of dainty sugar cookies topped with custard cream and fruit.

A giant bread basket included house-made flaxseed crisps topped with sunflower seeds… so addictive we ordered a second basket… and cheese bread, Ukrainian rye, and poppyseed/nut rolls. The menu is vast and includes dozens of selections in each category — Cold Appetizers, Hot Appetizers, Soups, Salads, Fish, Meat and Side Dishes. 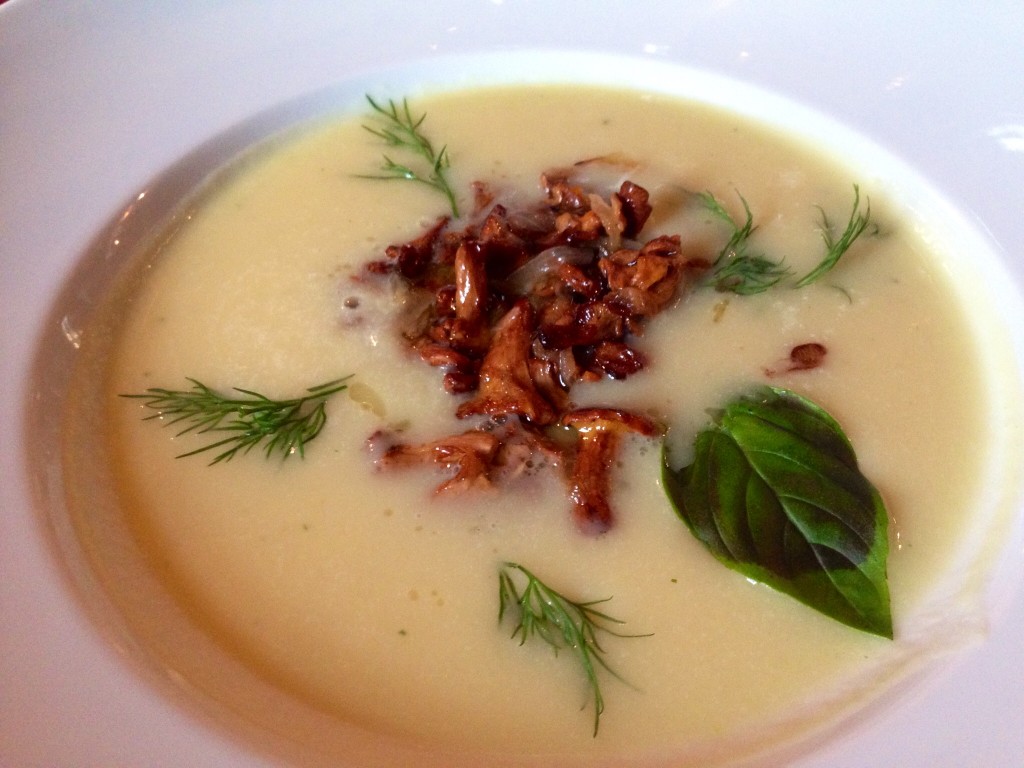 A seasonal special of potato soup with sautéed chanterelles was rich without being heavy, the mushrooms toothsome and salty.  Another Thai-influenced soup of shrimp and chicken was the essence of ginger, and beautifully presented, poured tableside.

The entrees at our table were also excellent: seafood was fresh and well-seasoned, served with a pesto risotto (that may have veered a bit too much on the gummy side); thick veal steaks were tender, swimming in a tart cherry sauce; and a duck breast served with apple and celery puree was moist and flavorful without being fatty.  The menu is a decadent one, with several preparations of foie gras, Osetra caviar and Chateaubriand…so you can absolutely blow a paycheck here, but for the most part prices are terribly reasonable for this level of cooking, with three courses and drinks coming out to less than $50 a person. 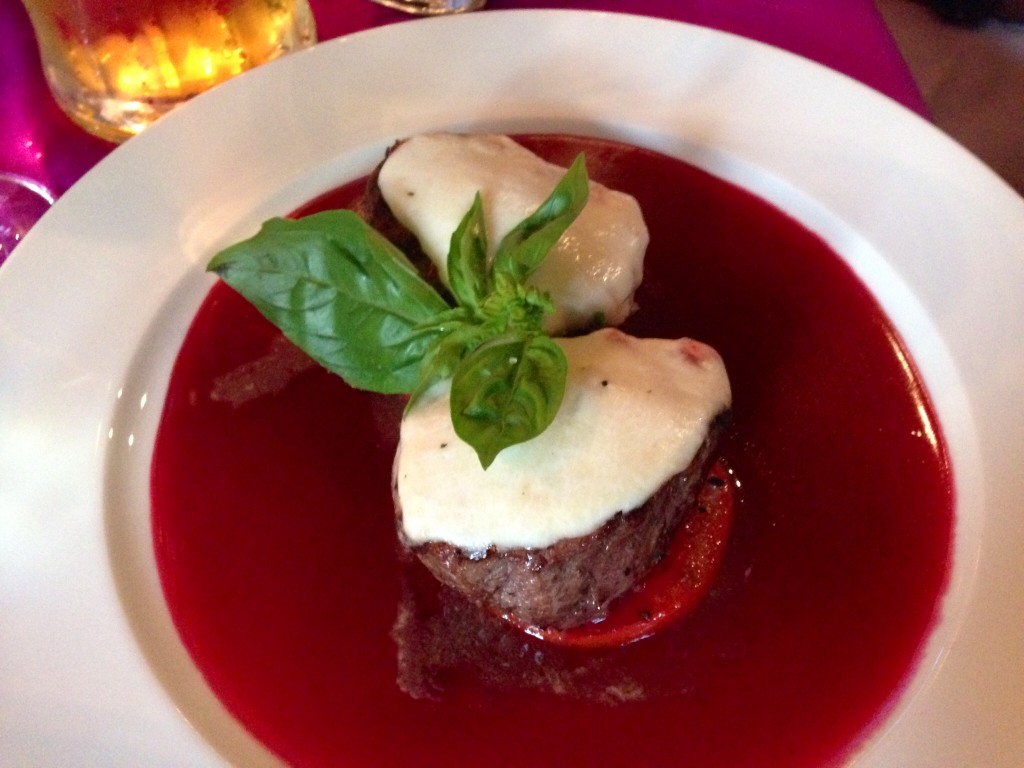 In Ukraine, many restaurants tend to bring food out as its cooked, even if it means someone gets a main course while others are still waiting for salads. You get used to eating in shifts. But not here. Service was impeccable, even with a language barrier, and water glasses didn’t sit empty long, plates didn’t languish, no one was rushed out of the restaurant.

Reporter is a three story house, reminiscent of something in the French Quarter, with a pub in the basement, a cafe on the ground level, and the restaurant on the top two floors. You can have your “fresh news” three different ways here. But do yourself a favor, and splurge for the top-tier dining. Trust me: I’m a Reporter. 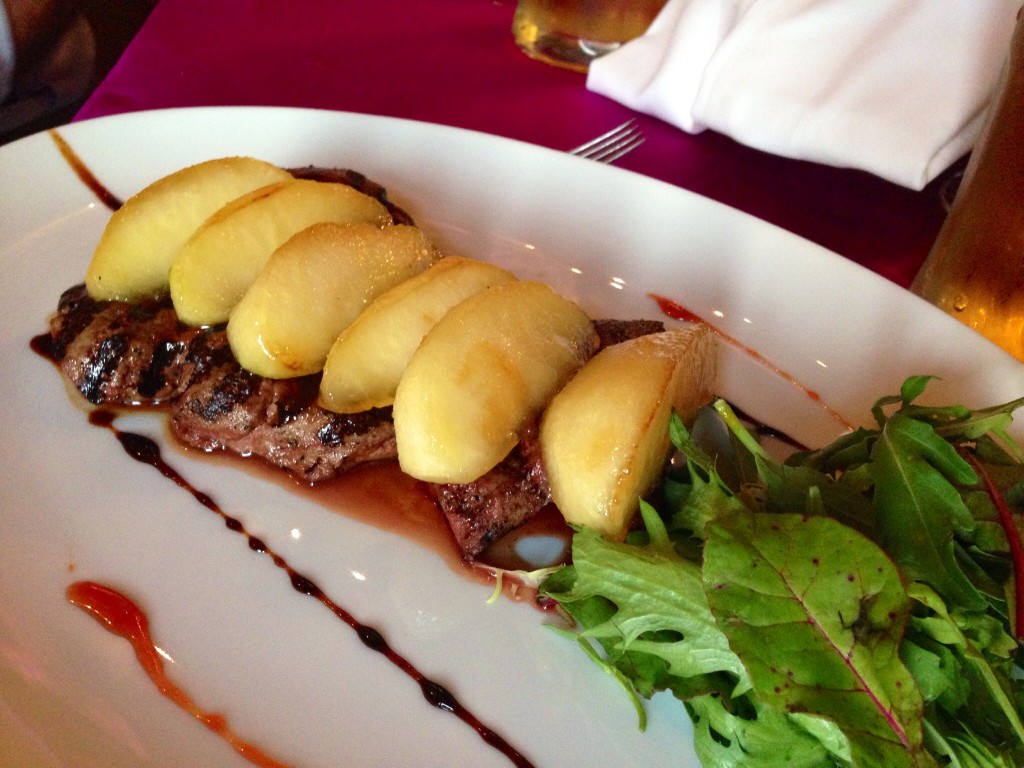 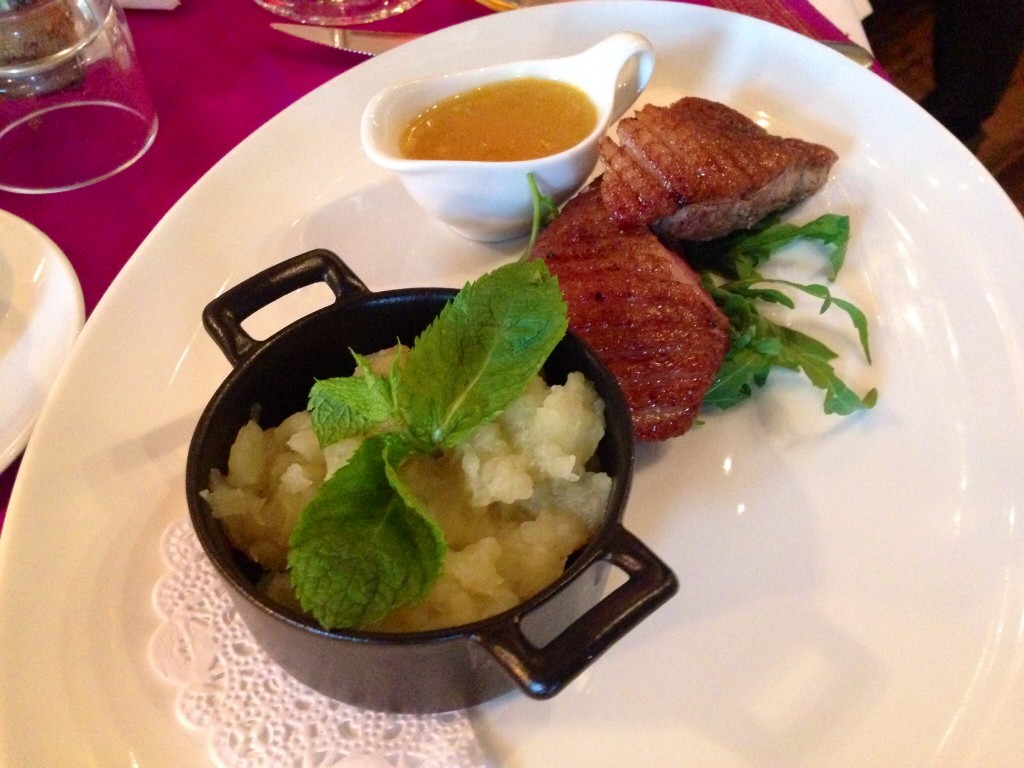 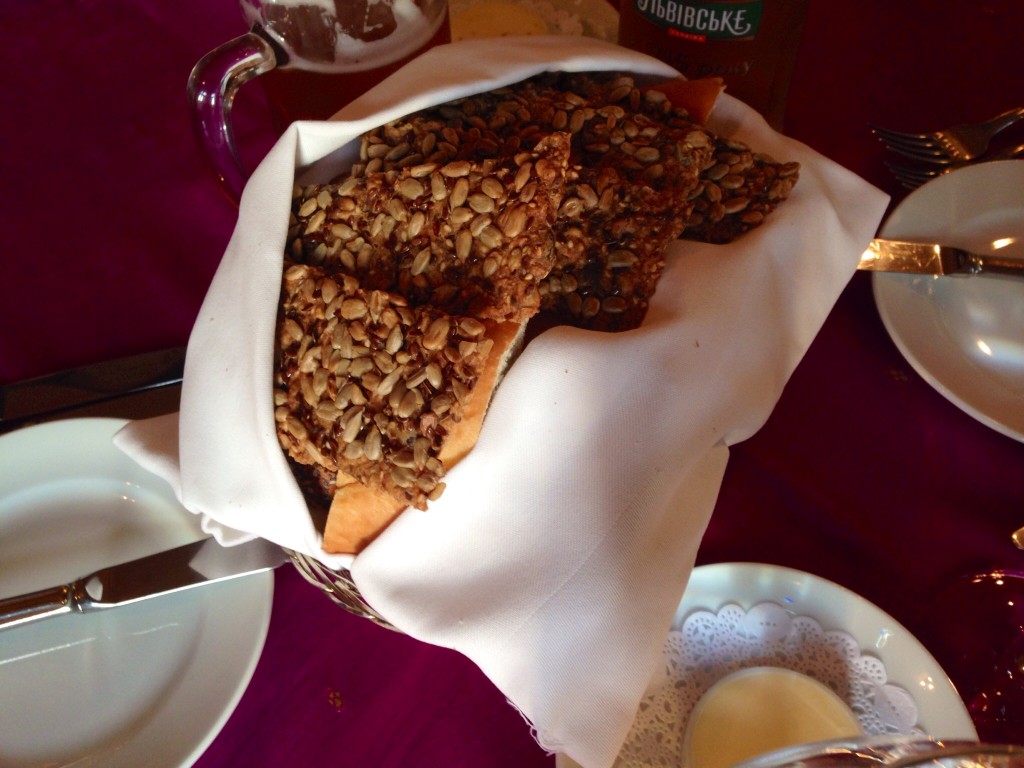 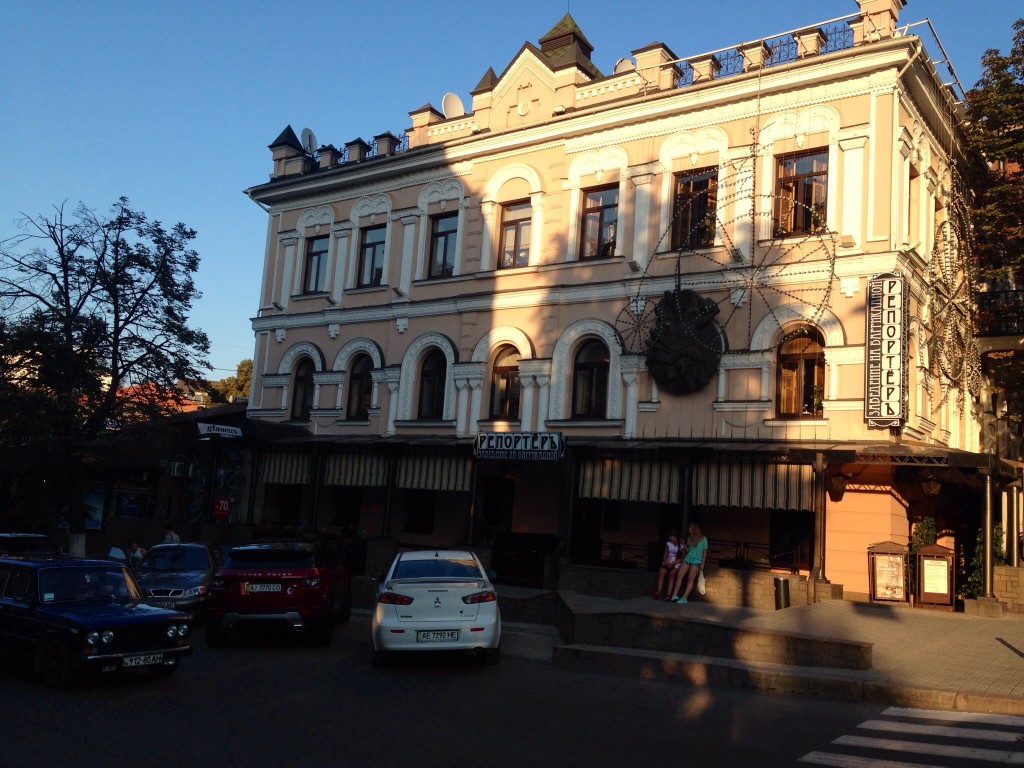 Quick Snack: Road Food, In Photos
In Gaza, When the Fire Ceases, the Bakery Reopens