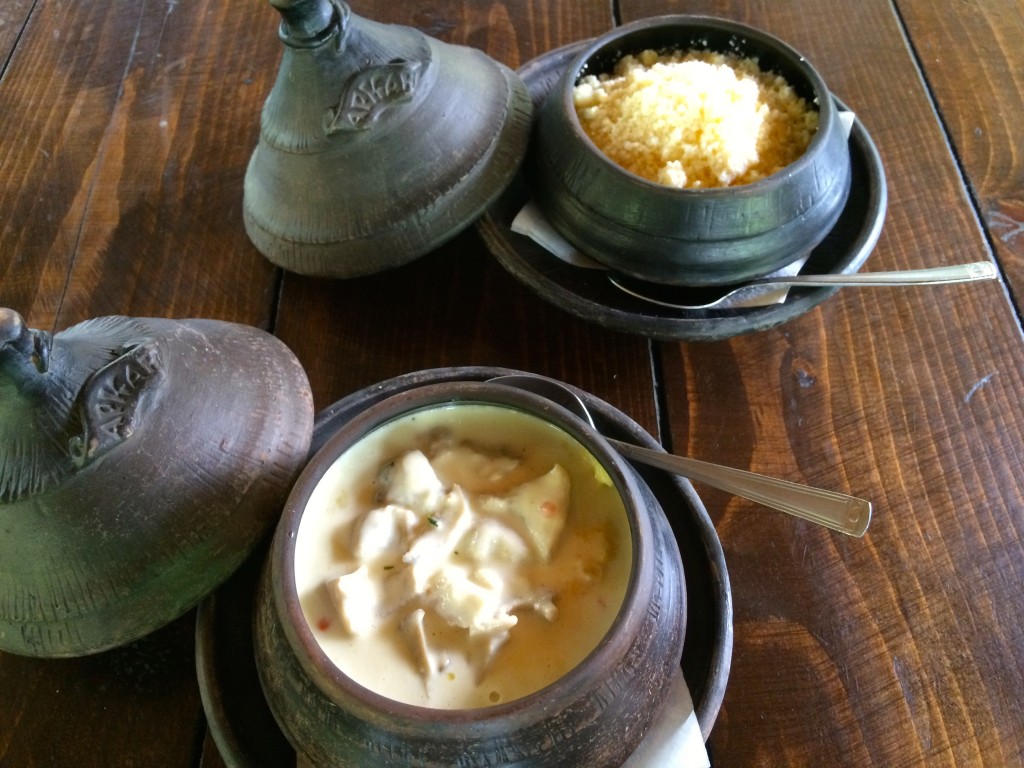 In the Carpathian mountains and surrounding foothills of Western Ukraine, locals make a porridge to get them through the long, dark winters and sustain them from breakfast to dinner.

I, of course, ate this gut-bomb porridge in 90 degree heat with a humidity level that makes even the mosquitos sluggish…. but it’s all in the name of research! For this is true sheepherder food, invented by the Hutsuls, an ethno-cultural group of Ukrainian highlanders. And you can’t really find it anywhere else. 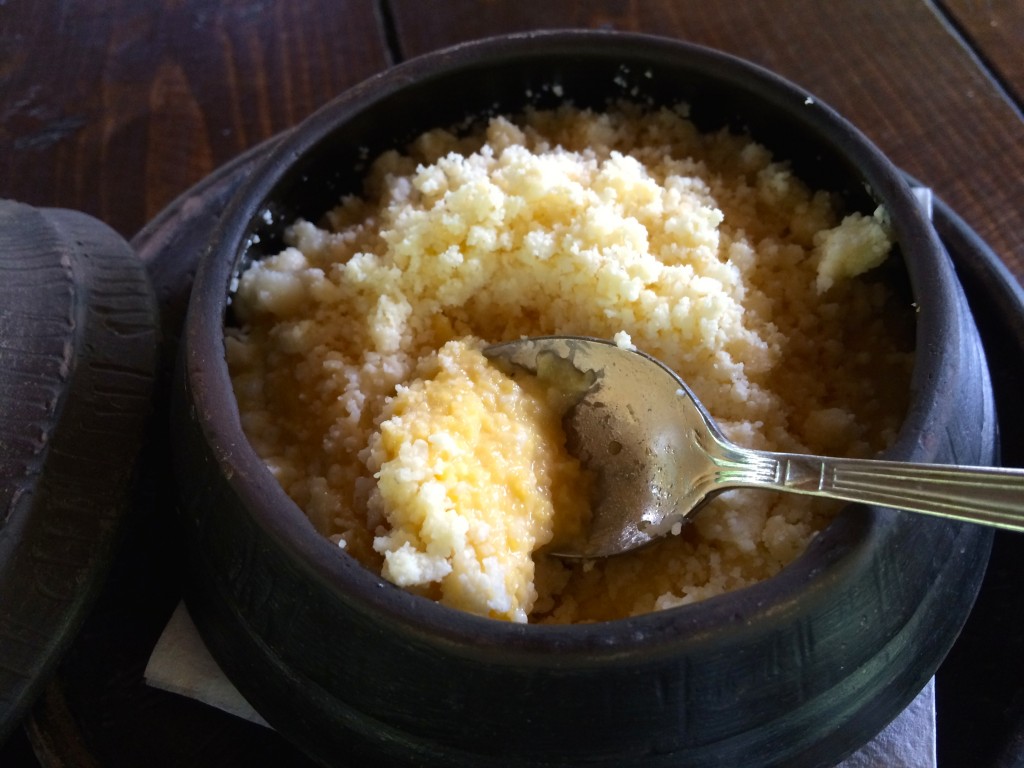 It’s called banosh, and is made by cooking cornmeal and sour cream over an open flame. Once it’s congealed into a polenta-like substance, the Hutsuls add sheep’s cheese, meat, or local mushrooms as a topping. I tried this local delicacy at Arkan Restaurant. a rustic hulk of a restaurant on the outskirts of Ivano-Frankivsk. 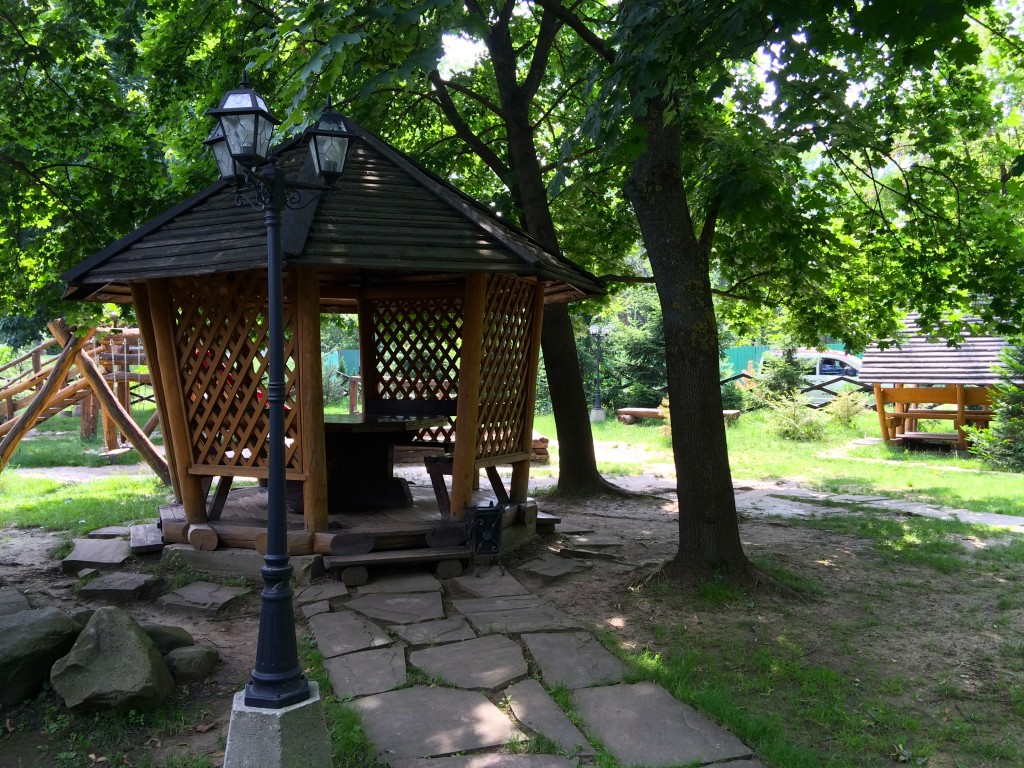 There’s a main building but in summer most patrons are given their own hut in which to eat: gazebo-like structures with giant picnic tables inside. There is rough-hewn wood everywhere you look. 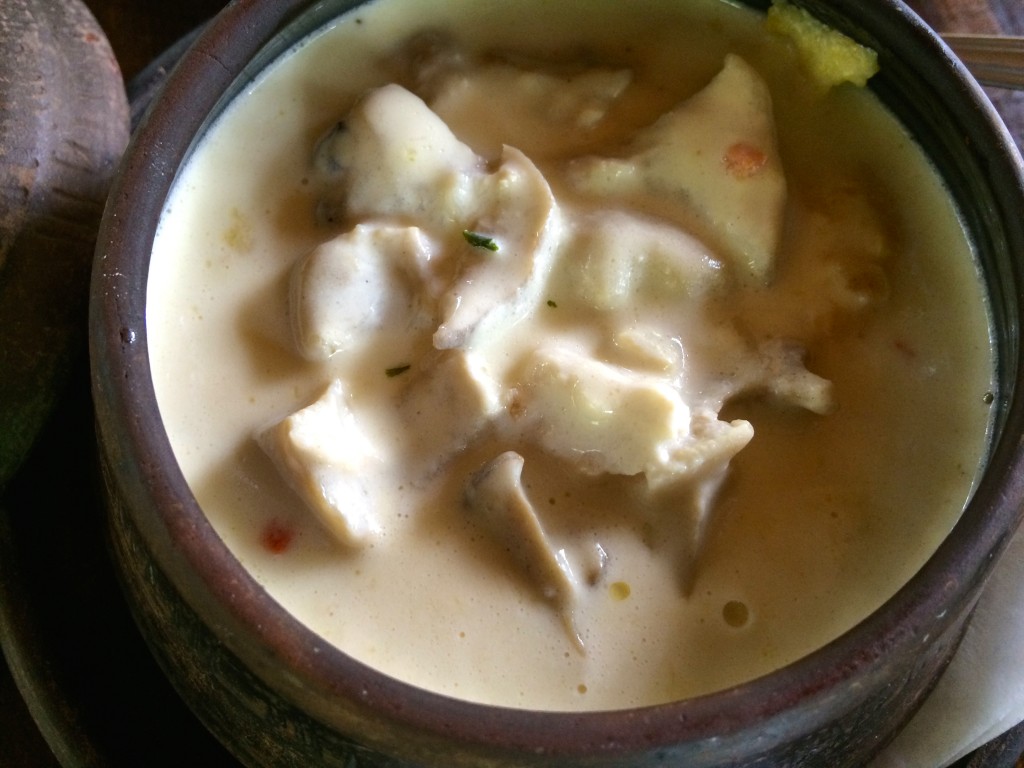 Arkan offered banosh all three ways, and we tried the cheese and mushroom versions. The sheep’s cheese was the real deal, crumbly and salty with a pungent, grassy kick. But the mushroom version was the winner, doused in sweet cream and earthiness from the morel-like mushrooms. It was so decadent we could only eat a few bites. 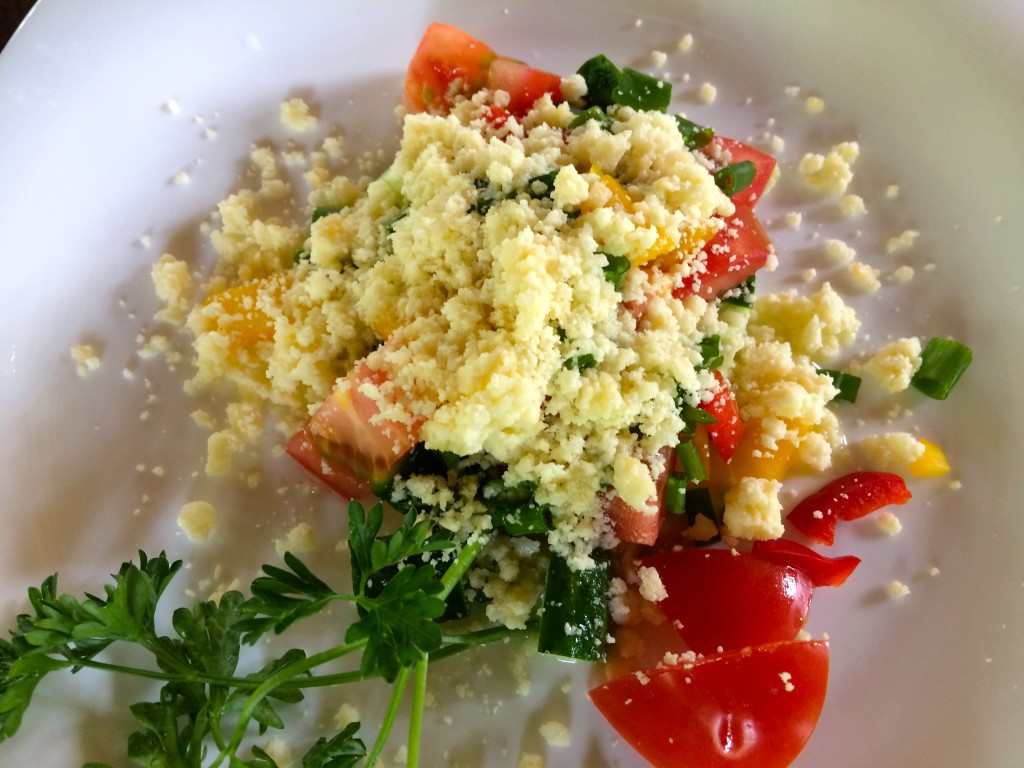 Arkan offers every other local delicacy too, if you can decipher the Cyrillic menu: plates of bright pickled tomatoes and cucumber, salad with sheep’s cheese, pillows of grilled “Grandma’s bread”. 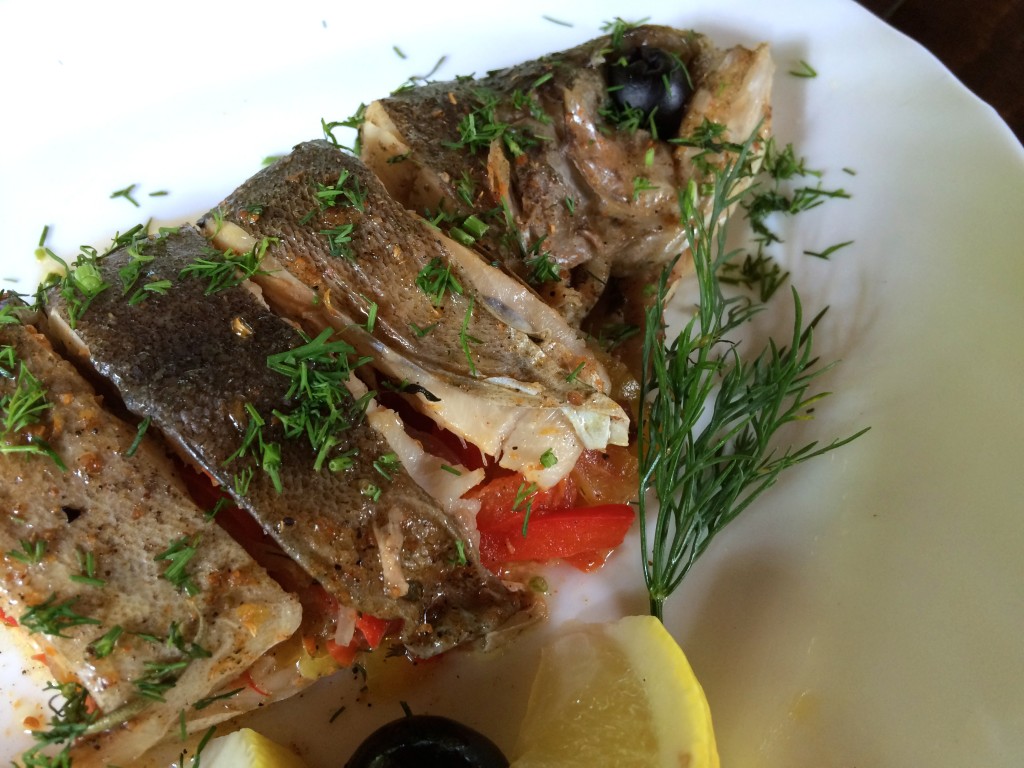 The pork shashlik was juicy and well-seasoned, served with onions marinated in vinegar and dill. And the fish, though bony, tasted as if they had just caught it from one of the creeks we drove by en route the restaurant. 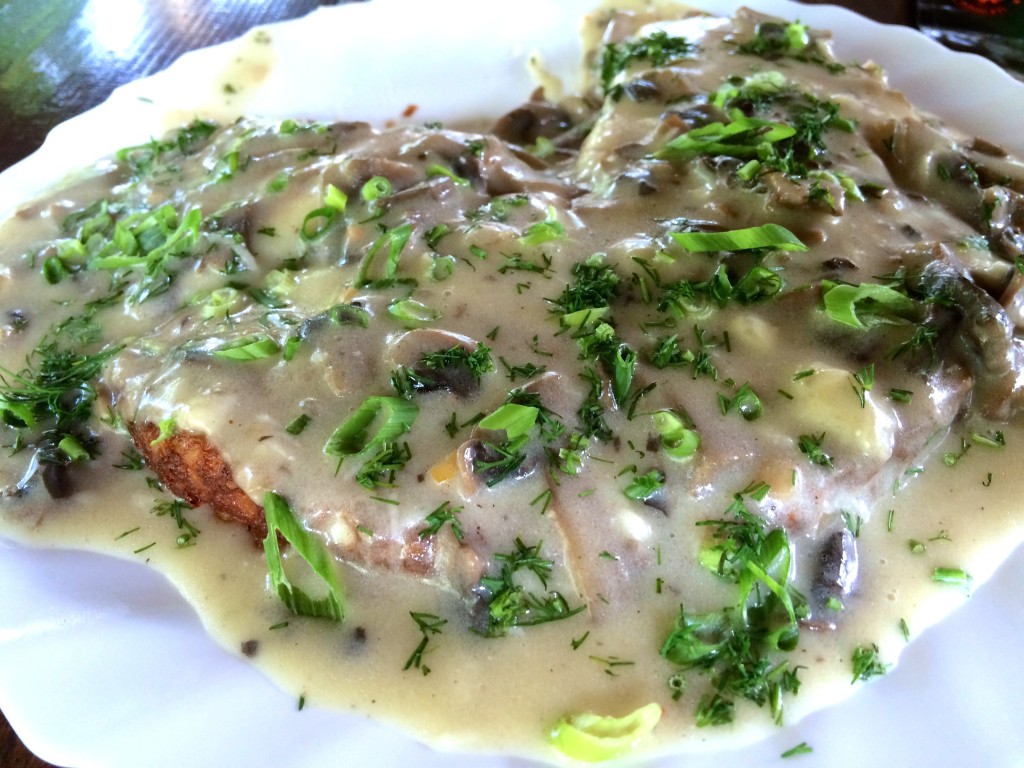 I didn’t think it possible but there is one LARGER gut bomb on the menu (putting poor banosh to shame) – the potato pancakes covered with mushrooms and gravy. As big as a plate, and sure to send you right to sleep. Only the sheepherders can survive this kind of feasting! We civilians were no match at all. 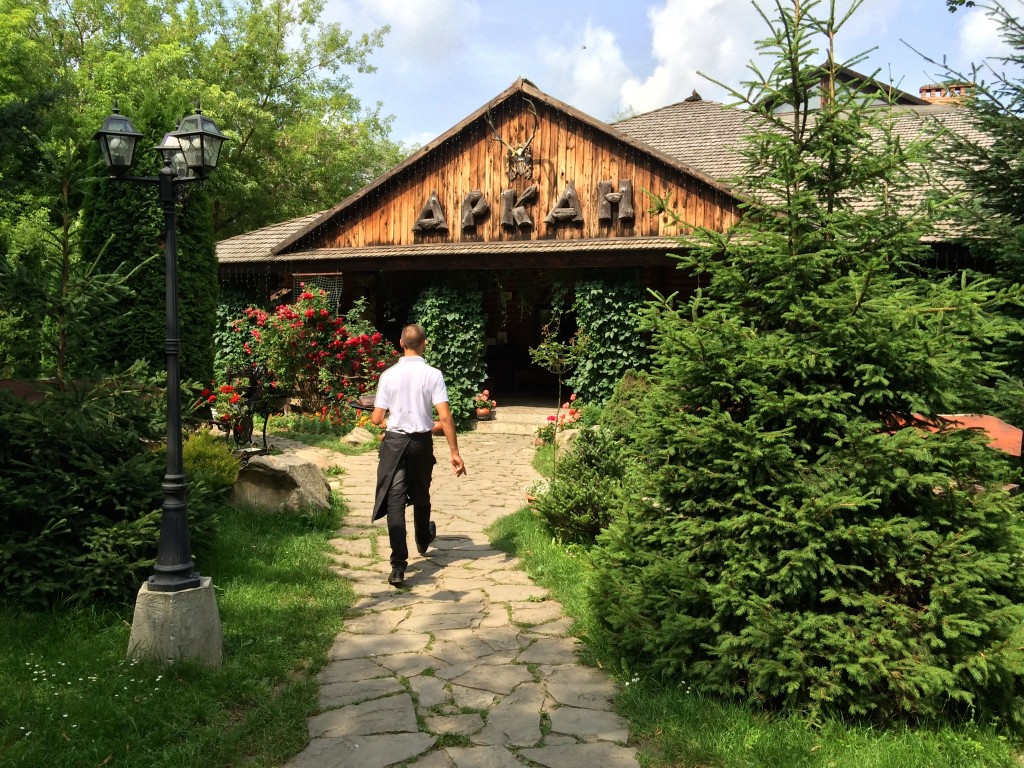 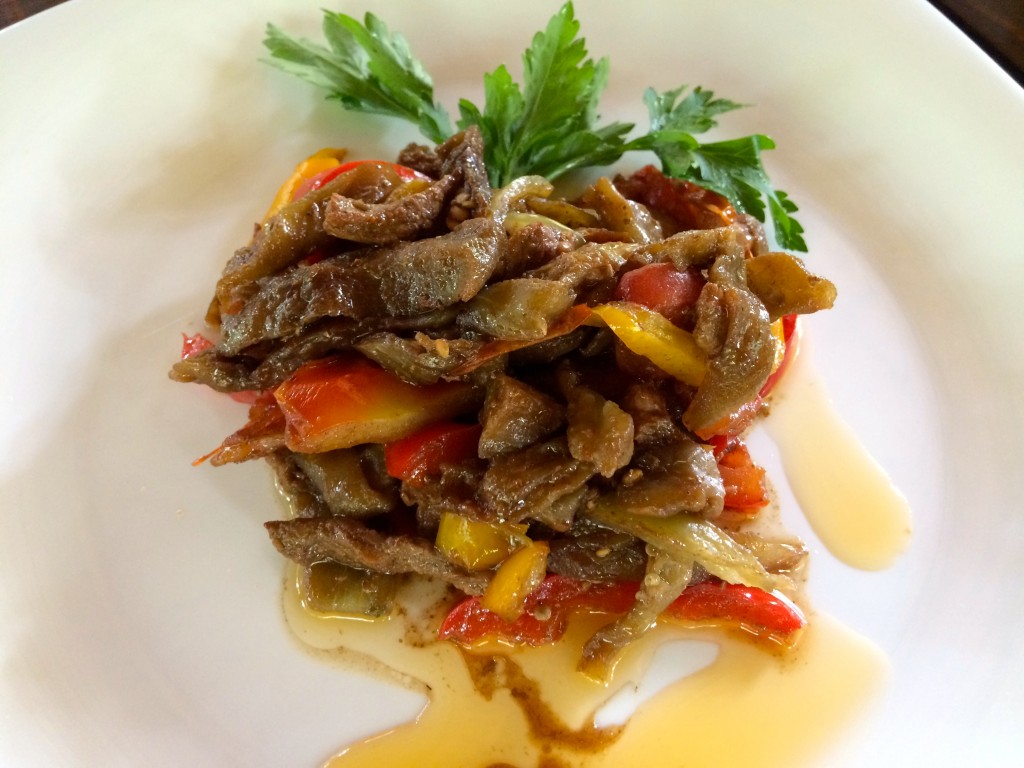 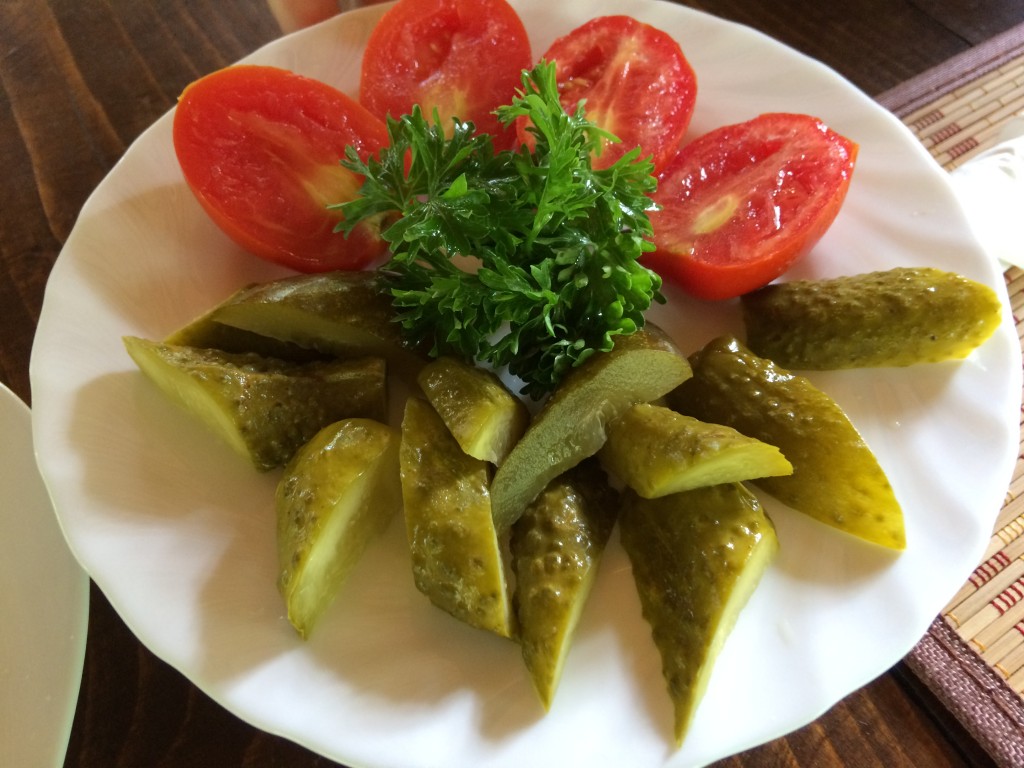 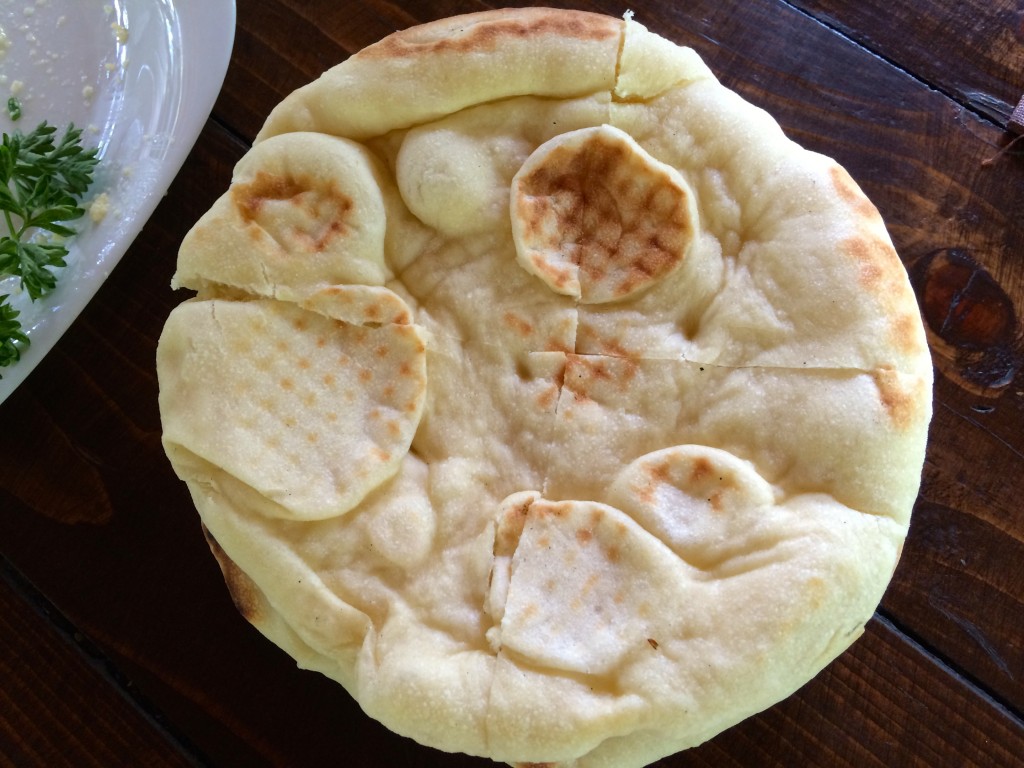 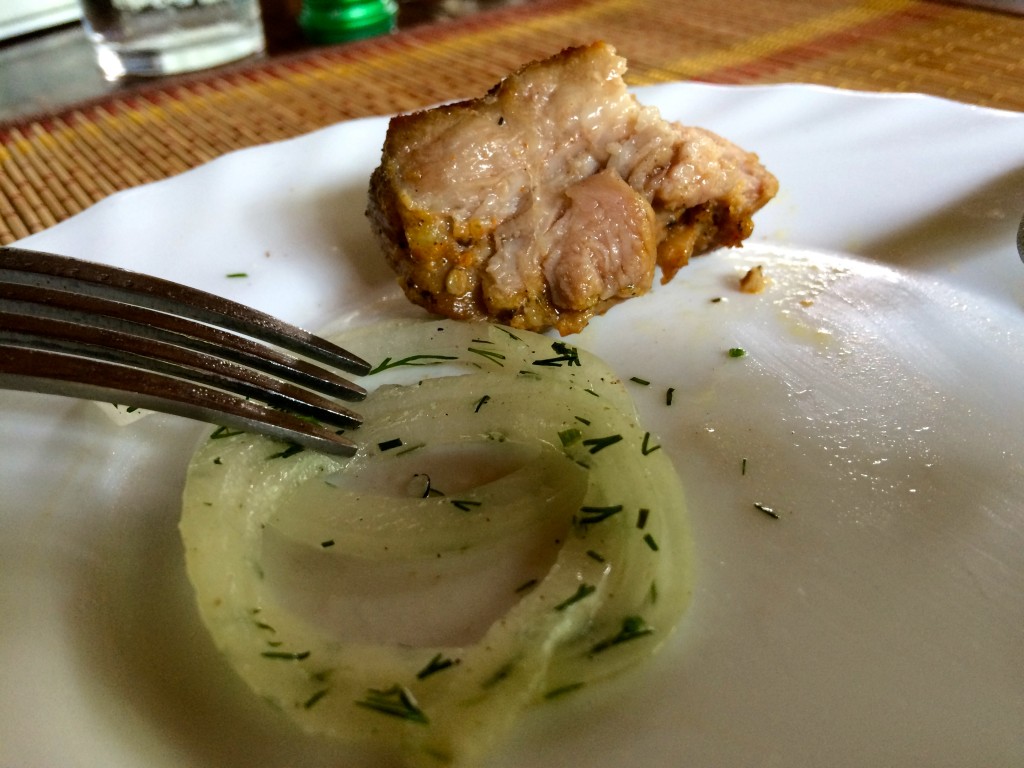