Not too long ago, I confess, I would have had no idea what colostrum was. Sounds vaguely Roman, vaguely architectural. I was blissfully, blessedly unaware.

Now that I’m a parent, I know only too well that colostrum is breast milk, produced only in the first 36 hours or so after birth, that’s like liquid gold to a newborn. Thicker, fattier, more nutrient-rich than anything mammals will make in the coming weeks, it’s closer to gel than milk, darker in color, denser in texture, and now… shudder… I can also report how it tastes.

For while shooting a story at Restaurant Smink in Wolvega, Netherlands, we visited Chef Jan Smink’s family dairy farm… and he showed us the great containers of colostrum he’s been collecting for his dessert menu.  (Before you get too agitated, know that the baby calves drink as much colostrum as they can handle — Smink is only working with the leftovers.) 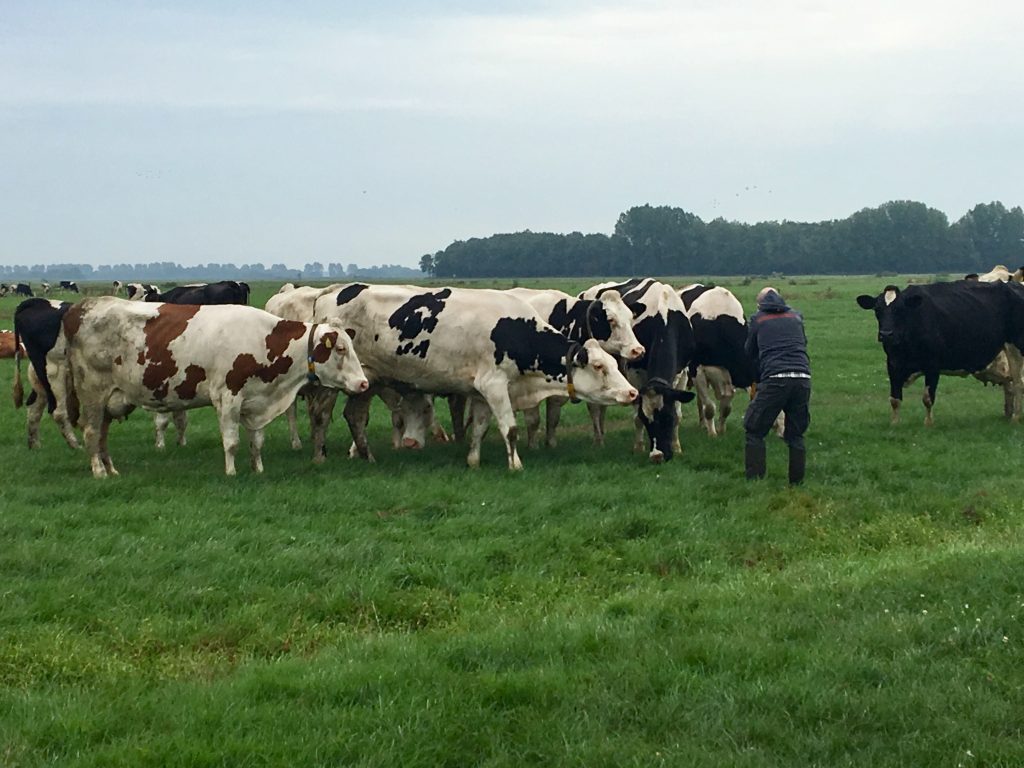 Smink takes this dark yellow colostrum and turns it into pudding two ways… one is a custard cream, rolled into a traditional Dutch crepe; the other is a classic custard, whipped up with eggs and sugar until it just sets. He serves this with fresh berries and meringue. 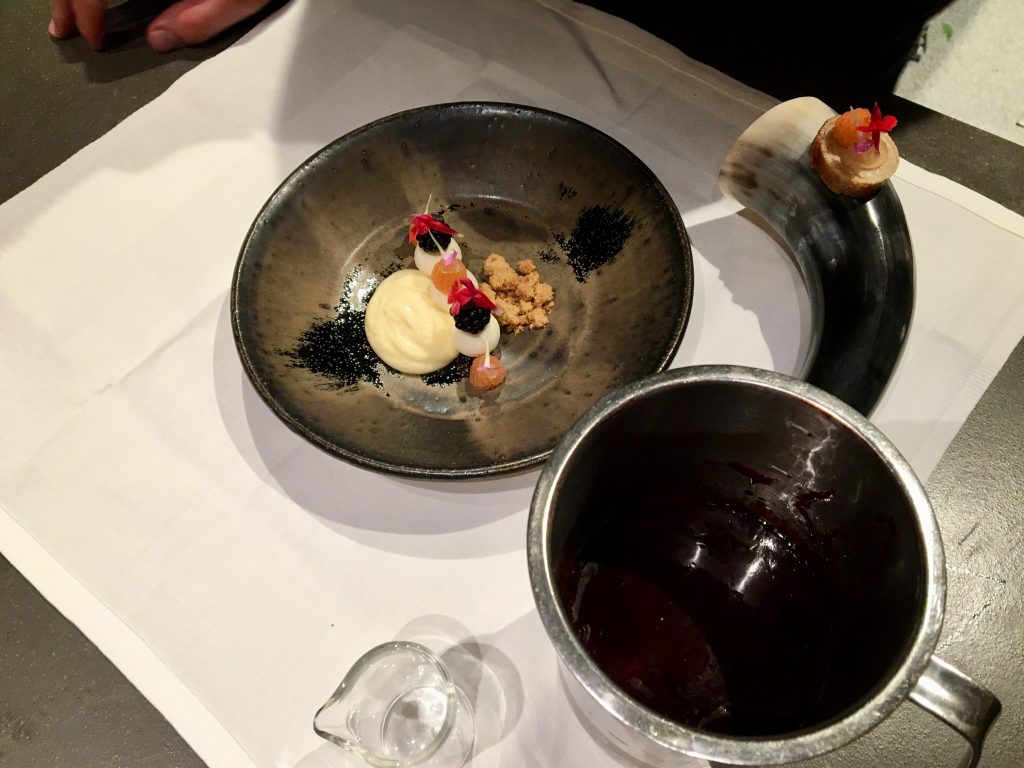 It’s a beautiful dish, but knowing what I was eating made it a difficult bite to swallow. Yes, Erin, all milk is breast milk. Duh. I know this. But something about slurping up colostrum set off an involuntary gag reflex, and the filmy residue left in my mouth after my bite only prolonged the torture. I was reminded of the time I ate a quivering pile of cod sperm at a Japanese restaurant in LA (super fun to write about, less fun to force down my throat). 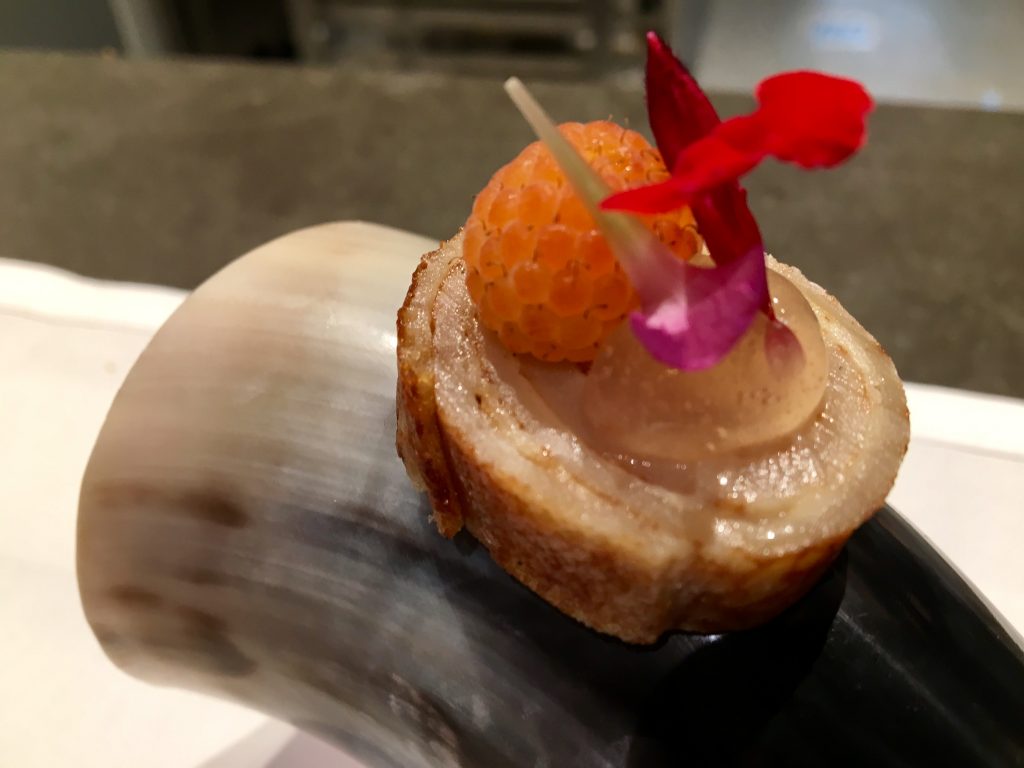 The pancake was palatable, the jammy cream inoffensive enough to ignore. The berries: lovely. The meringues: crunchy. The rest of the menu at Restaurant Smink: delicious. But that colostrum custard…udderly shudder-inducing. 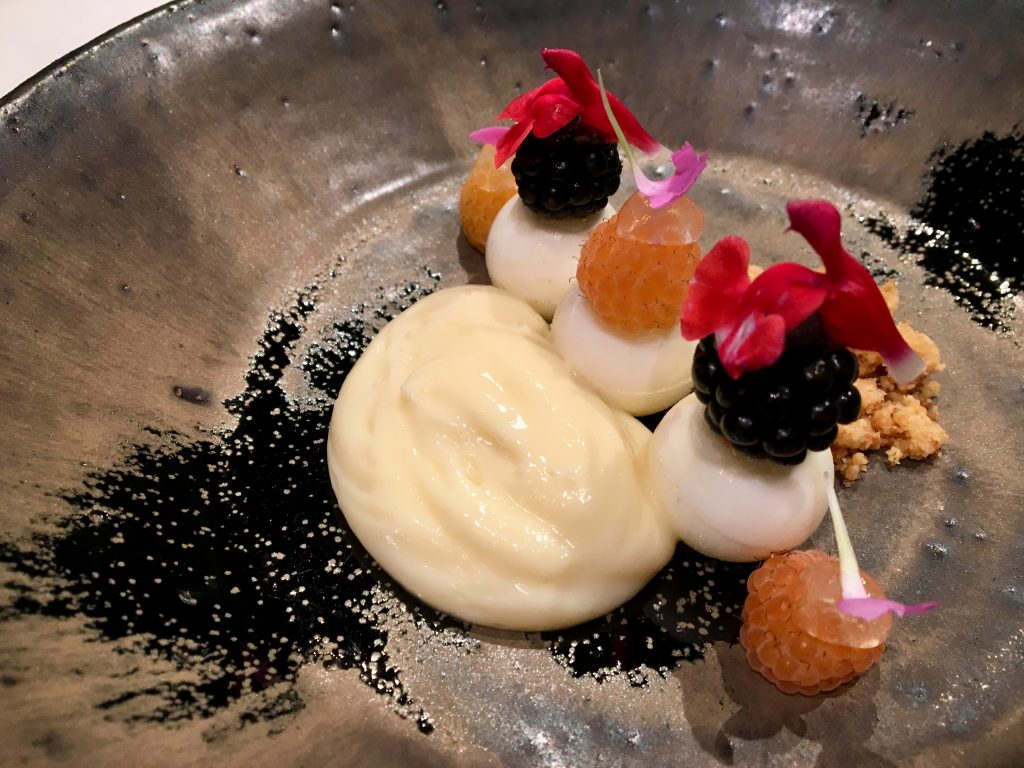