Along the Moroccan coastline, on the shores of the Mediterranean, sit two Spanish enclaves: Ceuta and Melilla. These tiny port cities are vestiges of colonialism and have been gripped tightly by the European country, despite an ongoing ownership dispute with Morocco, and are as culturally Spanish as the mainland: there are tiled fountains, grand boulevards to wander along, euros to pay, and of course, tapas bars on every corner. 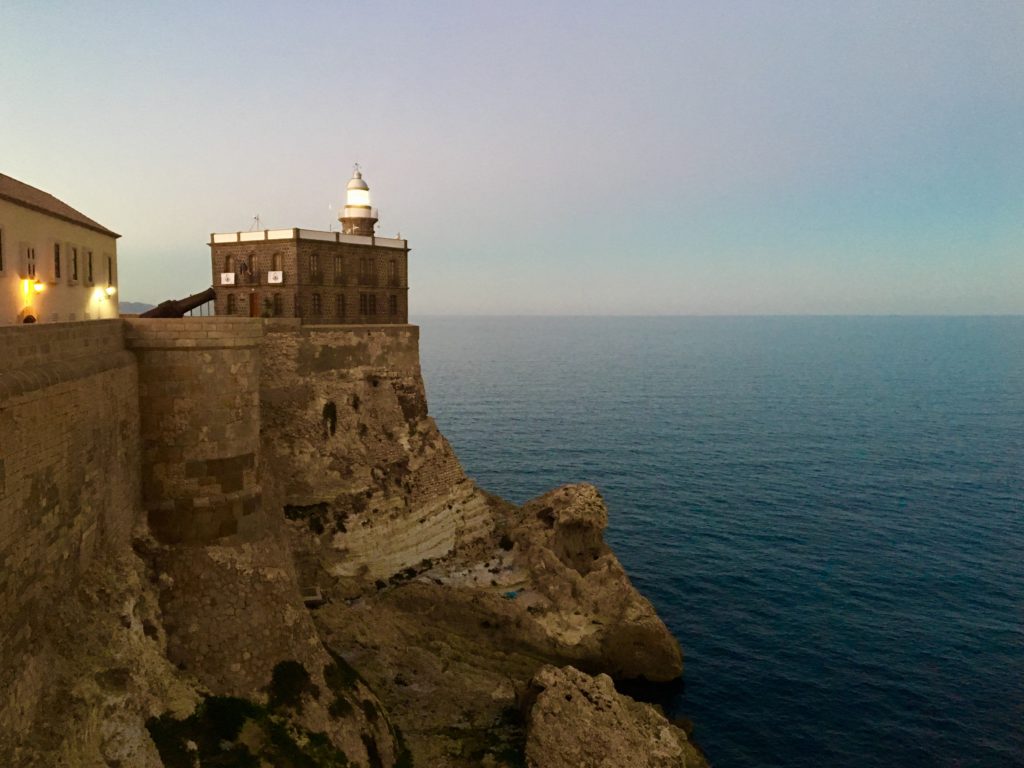 As countries like Turkey and Italy crack down on migrants attempting to enter their borders, Spain has become the number one refugee destination. And one of the easiest places to enter Spain is here: where it’s as easy as climbing a fence, or swimming from Moroccan waters into Spanish. 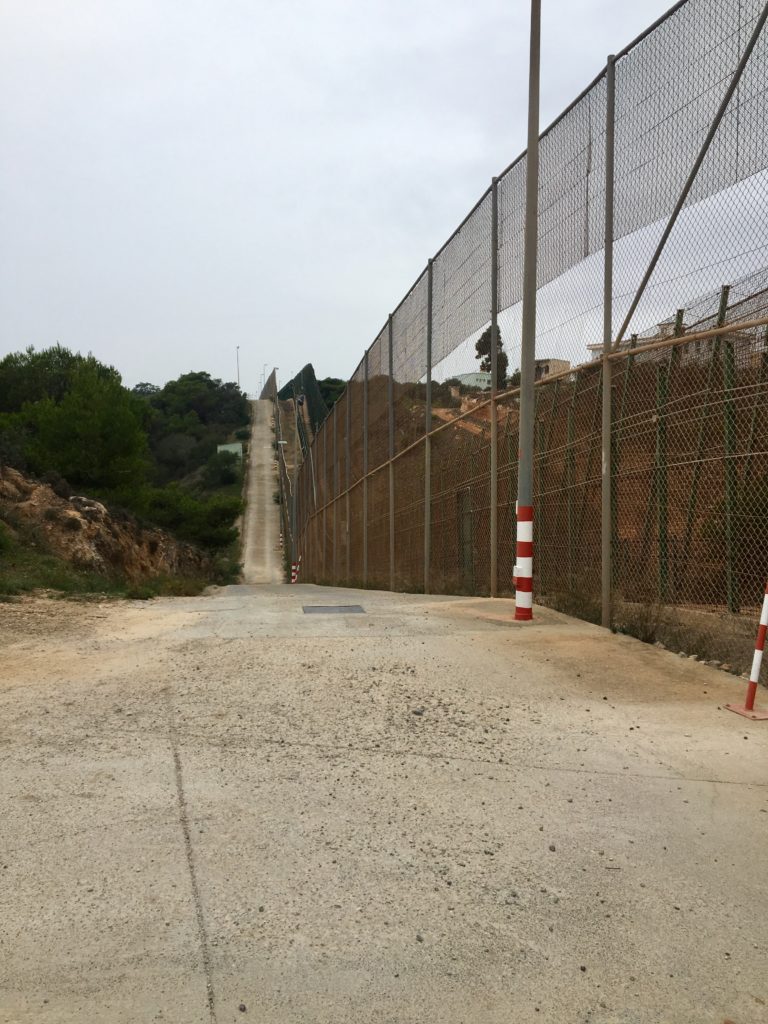 We went to Melilla to investigate – and alongside our reporting (which you can find HERE!) we found an interesting culinary scene that plies everything it can from the blue waters of the Med. 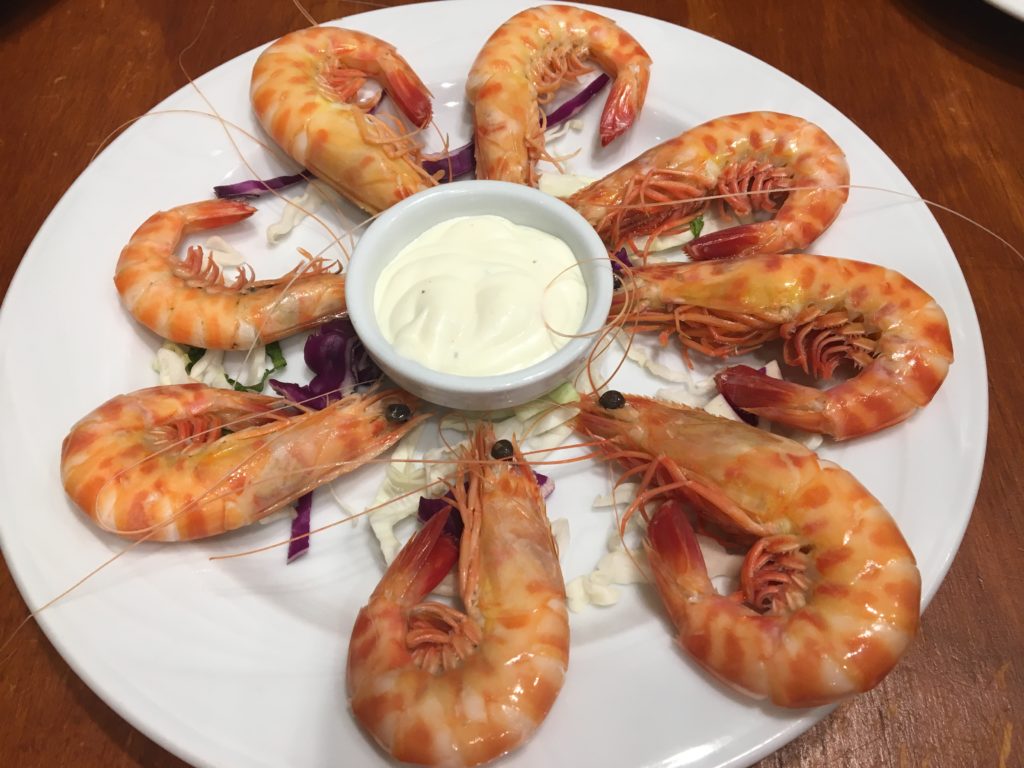 Sure, they have the typical dishes you’ll find in Southern Europe: grilled prawns, dusted with giant flakes of sea salt and garlic; fresh and cured tuna; oily little anchovies draped on potato chips and fatter sardines battered, fried, and served with lemon… but there were also quite a number of surprises. 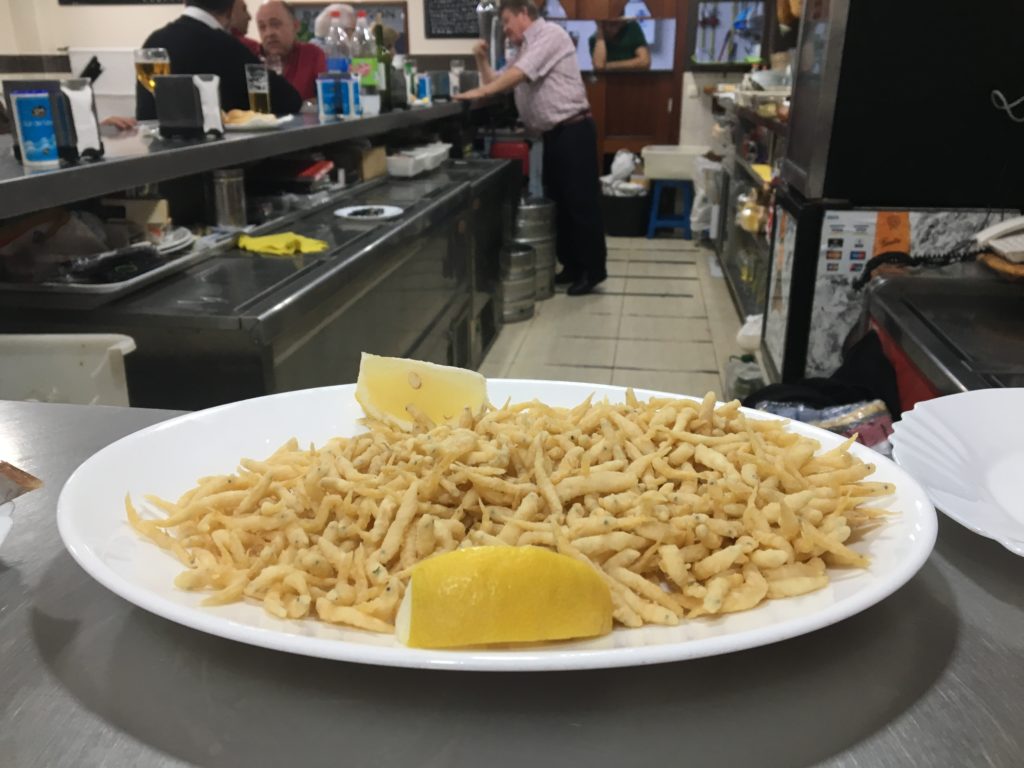 You can start your evening with a dish called chanquetes: battered and fried aphia minuta, the transparent goby. It’s a Spanish delicacy, not dissimilar to whitebait. You order a platter (racion) at the bar, and once your cana of beer has been poured, you squeeze lemon over the top, grab a handful, and pop them in your mouth like peanuts. Salty, crunchy, hot and absolutely addictive… The perfect bar food. 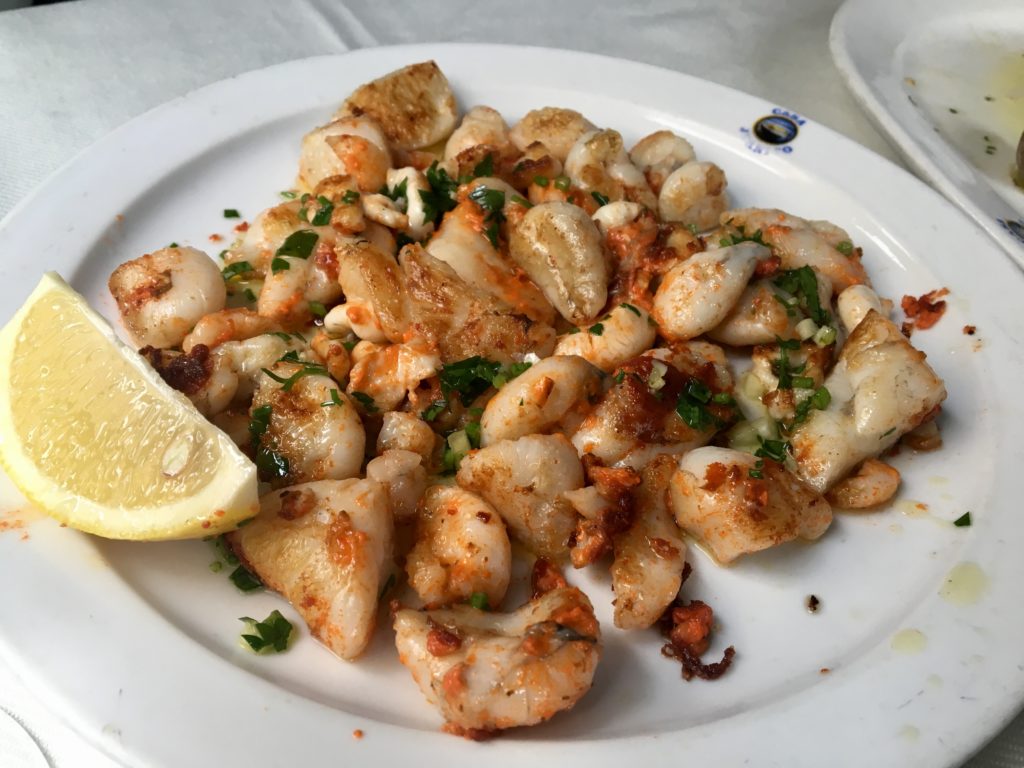 There are platters of squid, baby octopus, and tentacles a la plancha, but another unique Melillan experience was the huevas de chopo. Cuttlefish – a relative of squid – are cut up and sauteed with oil, garlic, lemon, and their own eggs, adding both texture and a chewy seawater funk to the dish. 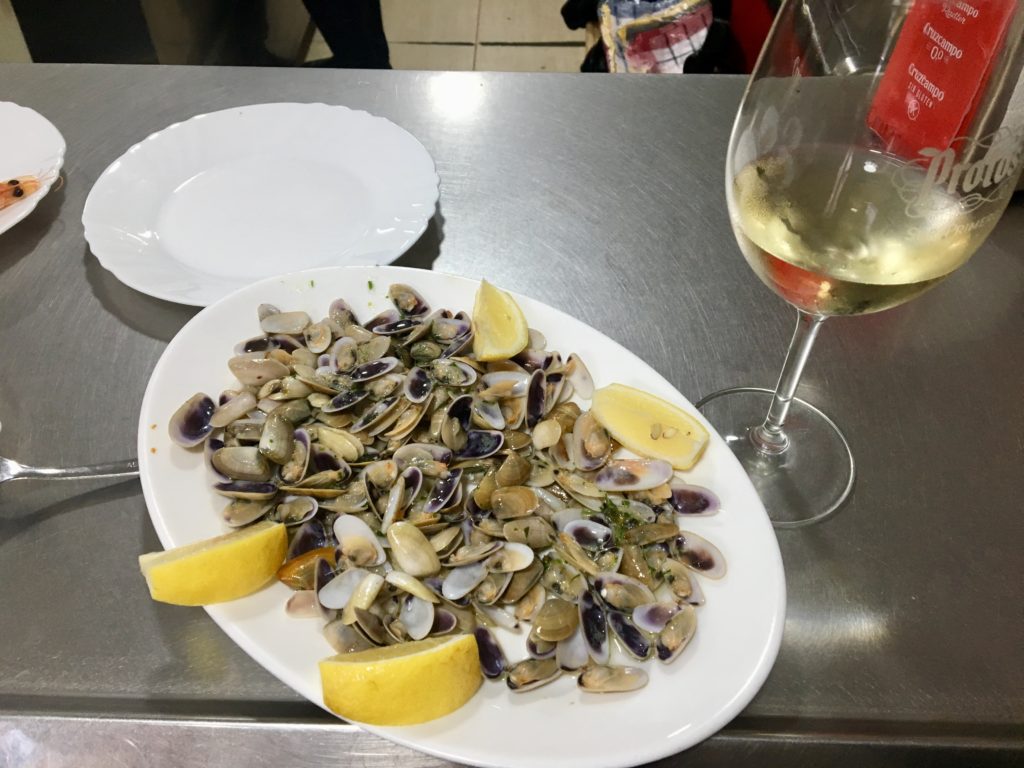 Given that Melilla is about 5 square miles of densely populated territory (in a desert climate, no less), there weren’t copious amounts of vegetables on the menu. It was seafood, meat, rice, bread, and more seafood, with heavy Spanish hands guiding the seasoning (garlic, oil, red pepper, herbs, salt). They’ve learned to use what they have, and one of my absolute favorite dishes was the coquinas, teeny little clams that you find when you dig in the sand in the path of a receding wave.  As a kid I used to love unearthing the little colorful shells, but I had no idea anyone could survive on them. Sure enough, at most Melilla restaurants you’ll find them on the menu, steamed open, sauteed, and served with lemon. The locals call them “sunflower seeds,” and they’re exactly the same idea – fiddly work (scraping out the clams with your teeth) for not a lot of payoff (an entire platter probably yields 2 regular clams’ worth of actual food). But again, pair it with a beer or a glass of local white wine, and it’s a terribly enjoyable way to pass the time with friends. 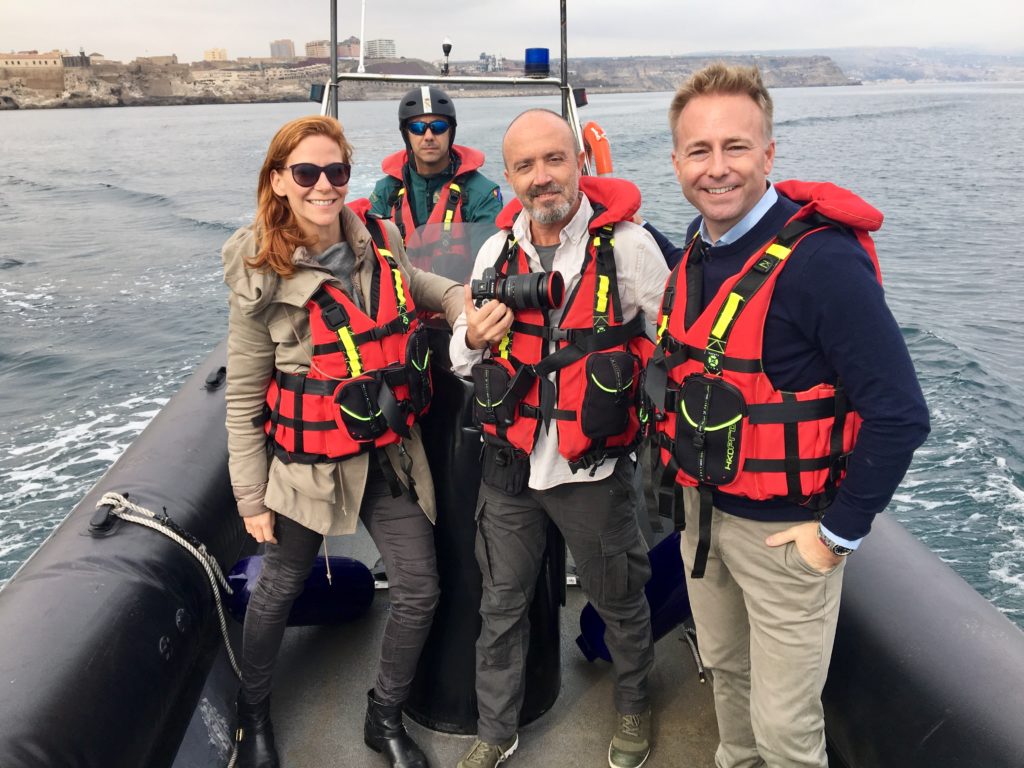 Our tour guide in this Melillan culinary adventure was cameraman David Cohen (center), who just happens to have grown up here and knows all the secret spots for the best of the best. But the most special moment of the trip may have been on our way to the airport, when we stopped at his aunt’s house for one final lunch before our plane. There, we were treated to homemade delicacies, including roast peppers, tuna empanadas, tiny sandwiches, lamb & potatoes, and the show-stopping (and chew-stopping) sauteed stomach with white beans. As if anything pairs well with sauteed stomach. Needless to say, I took a polite bite in the name of this blog and moved on to the other options. 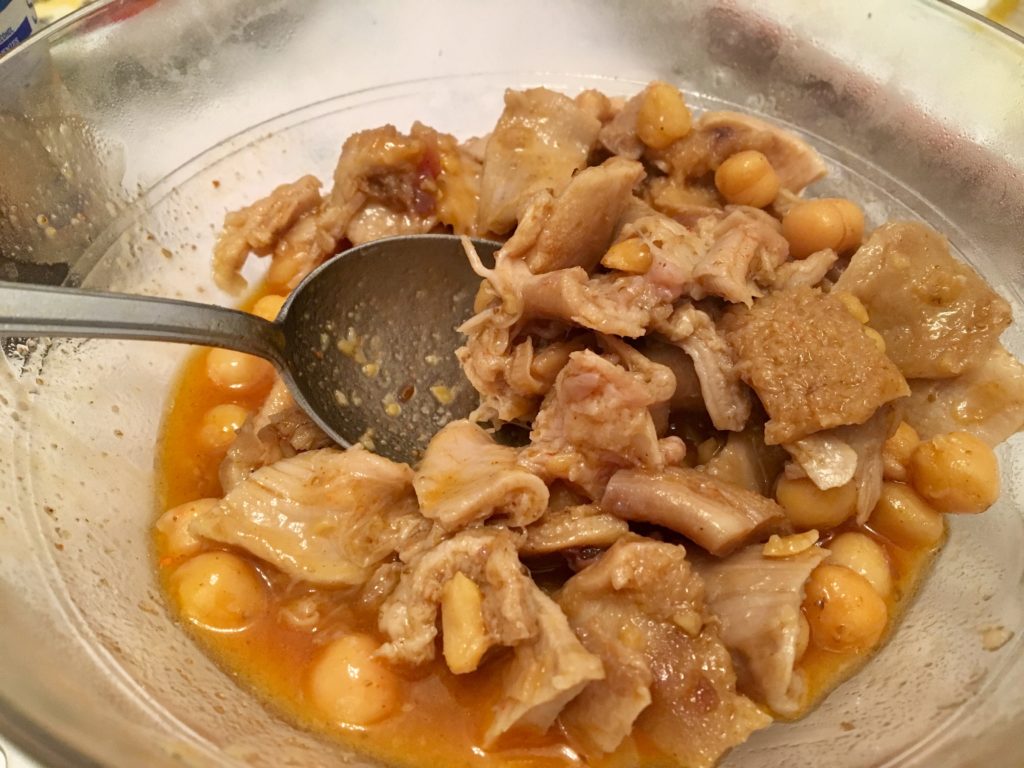 Melilla, despite its efforts, never became a tourist destination… just a transit point for those seeking a better life.  So the enclave, with its culinary traditions and unique dishes, will remain as it is, across an ocean from Europe, an island of democracy and tapas in Africa. 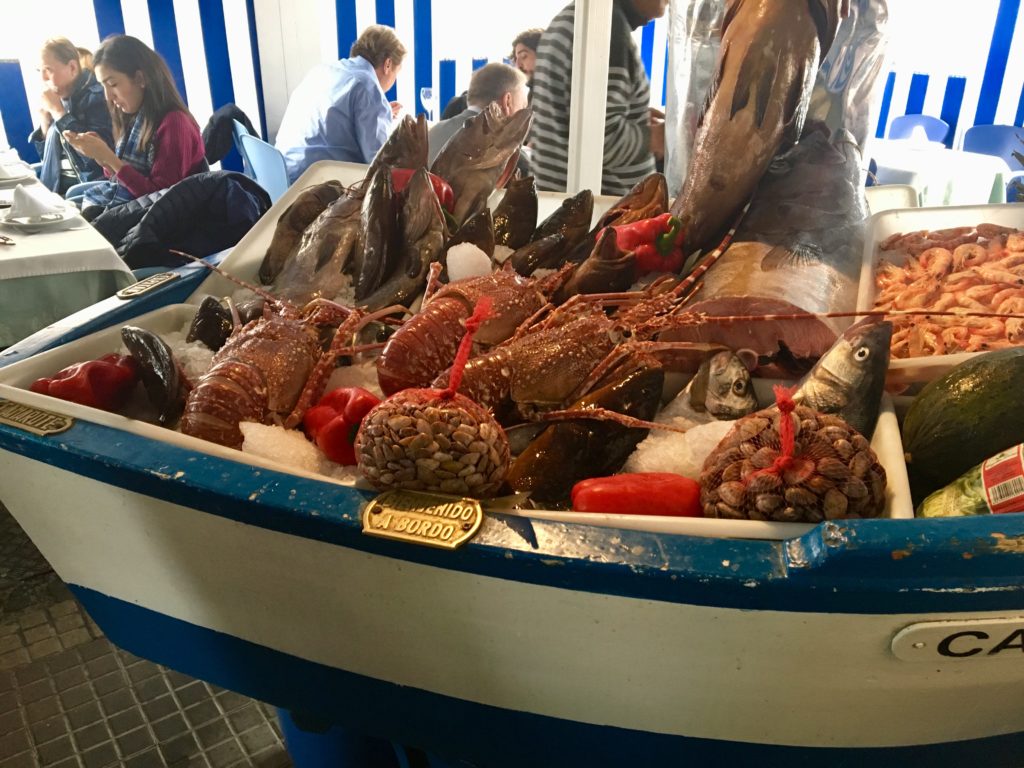 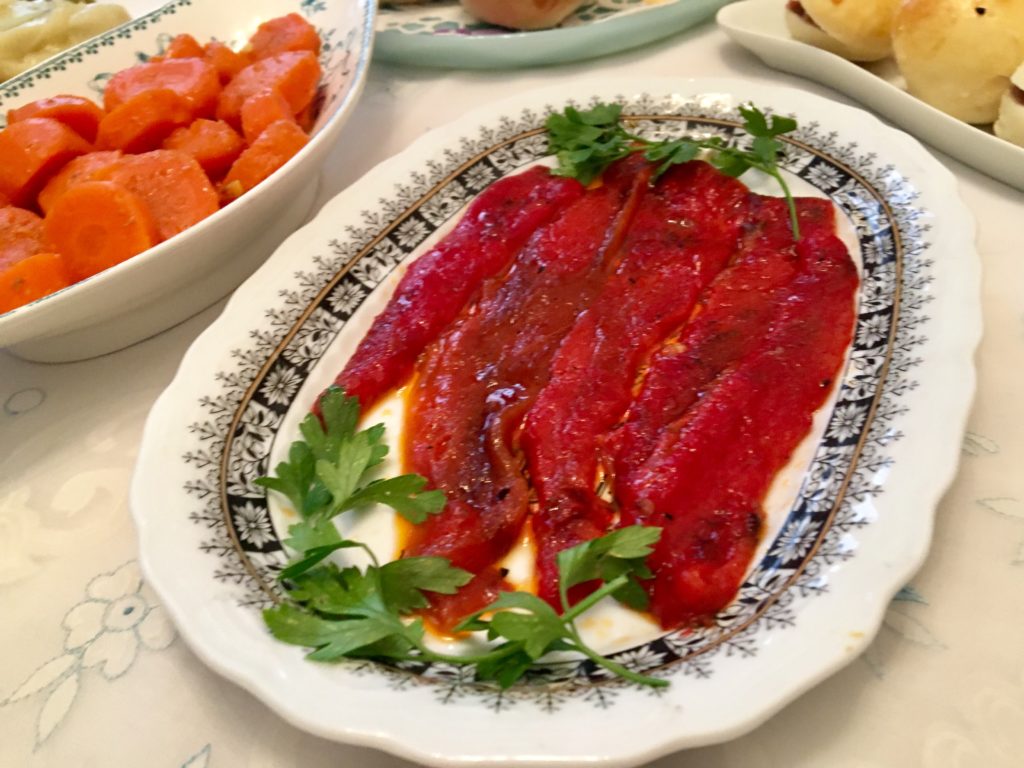 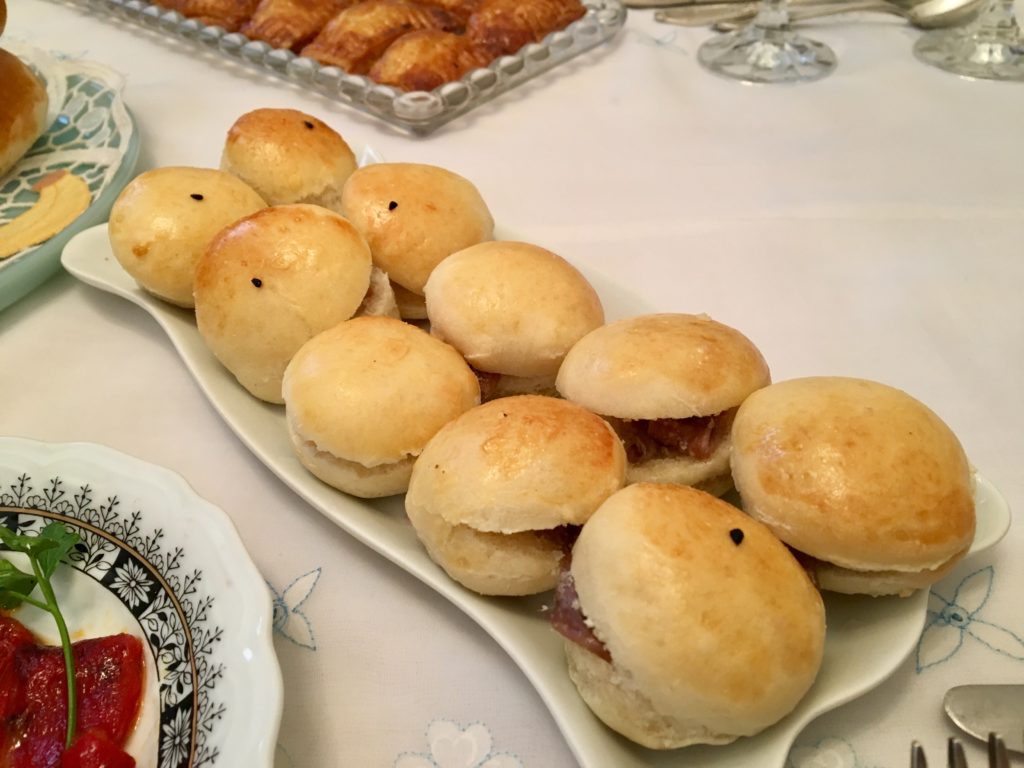 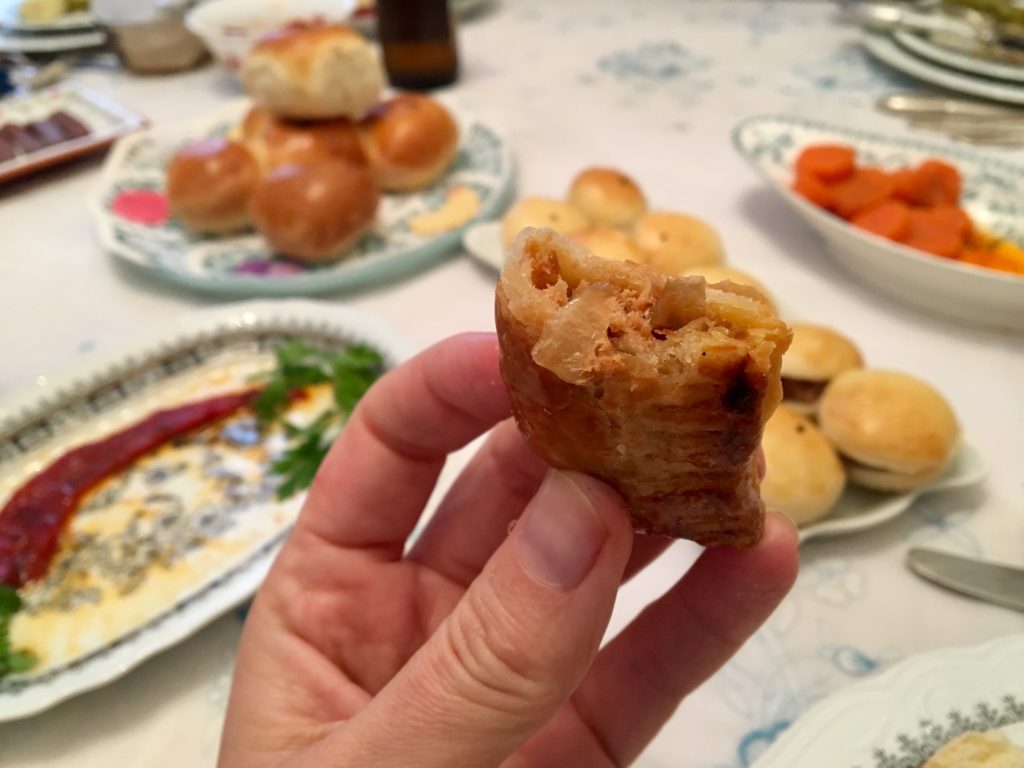 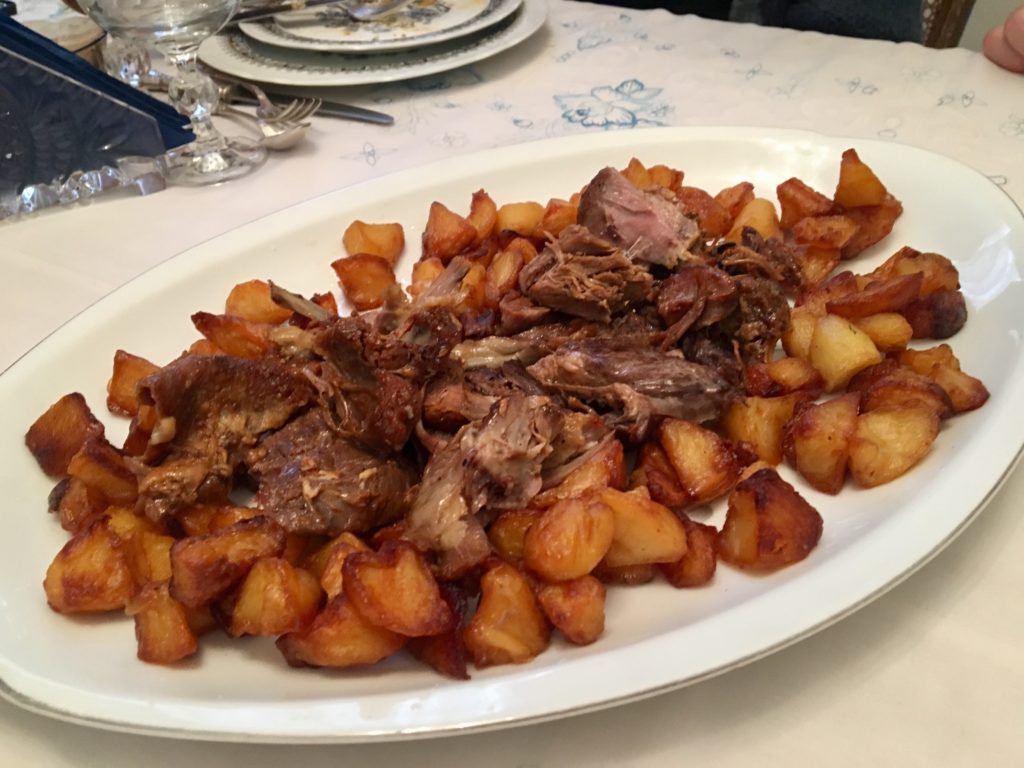 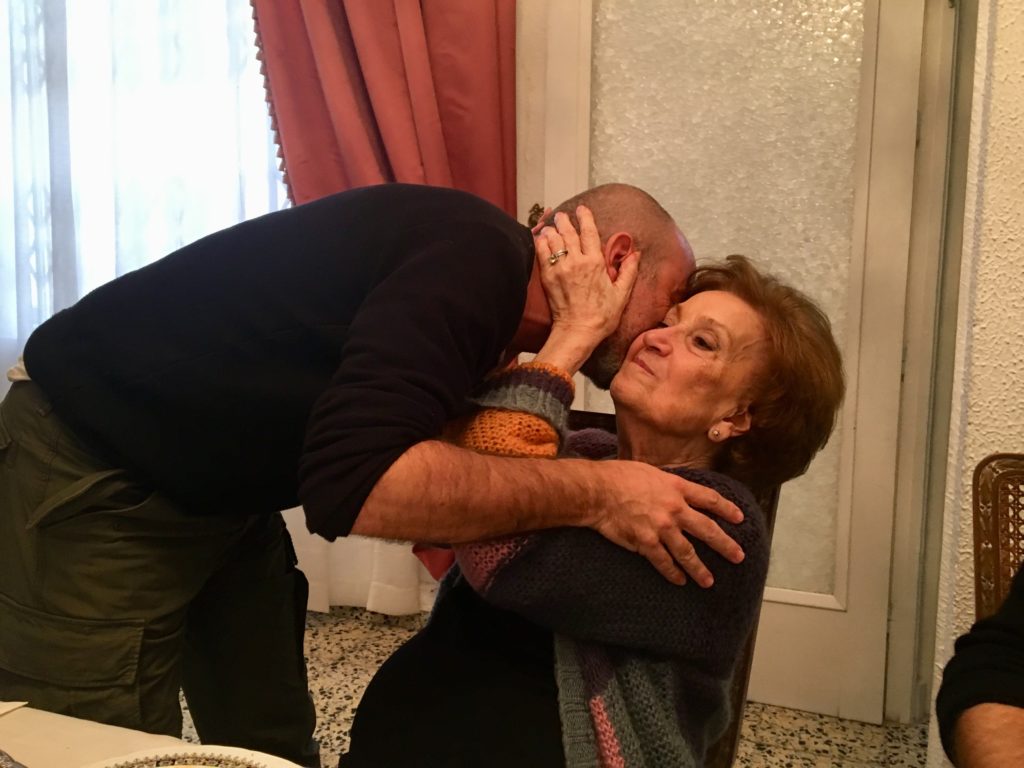 Colostrum Custard, Anyone?
Food on the Frontline: Porridge, Five Ways