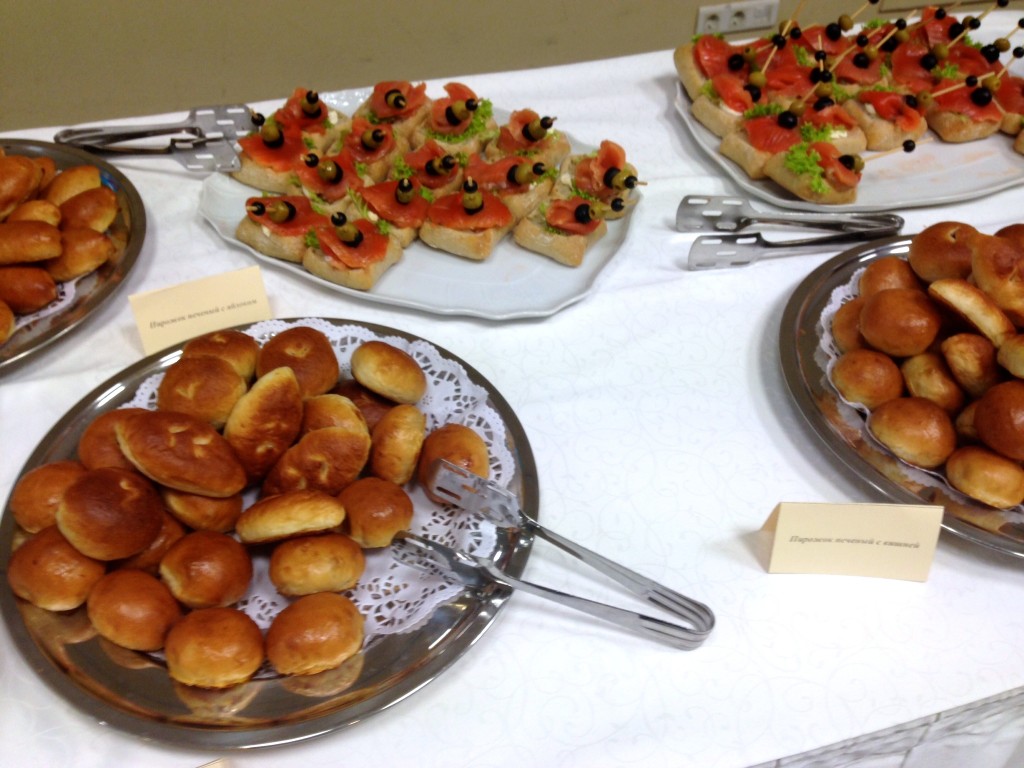 Every year, Russian President Vladimir Putin holds a press conference for international media at a government building in Moscow. The media arrive early for security screening and to set up their equipment. As President Putin tends to answer questions for hours (this year it was 3, but has been as long as 5), a buffet brunch is set out for the journalists and staff…. usually an opulent affair of Russia’s finest foods. 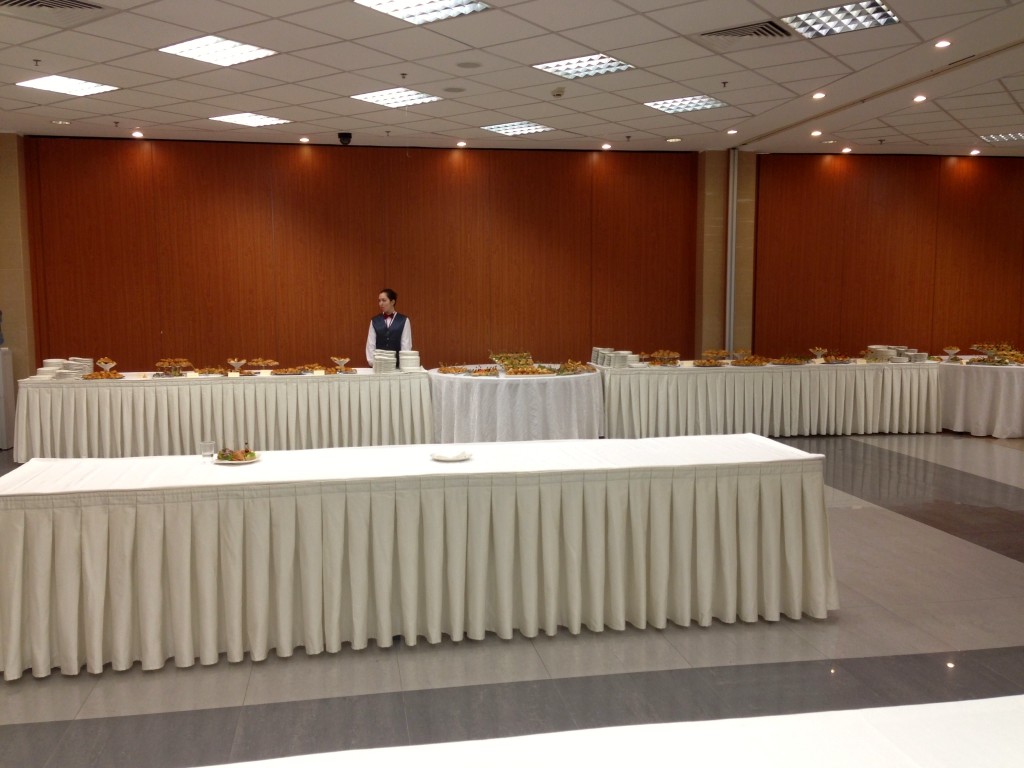 This year — and this week, in particular — times are tougher. The ruble lost half of its value against the dollar, Western sanctions have been met with Russian retaliatory bans on many European and American food imports, and Putin’s staring a two year recession in the face.

So… the spread wasn’t spectacular, but it was certainly Russian, and I don’t know ANY journalists who turn down a snack!! 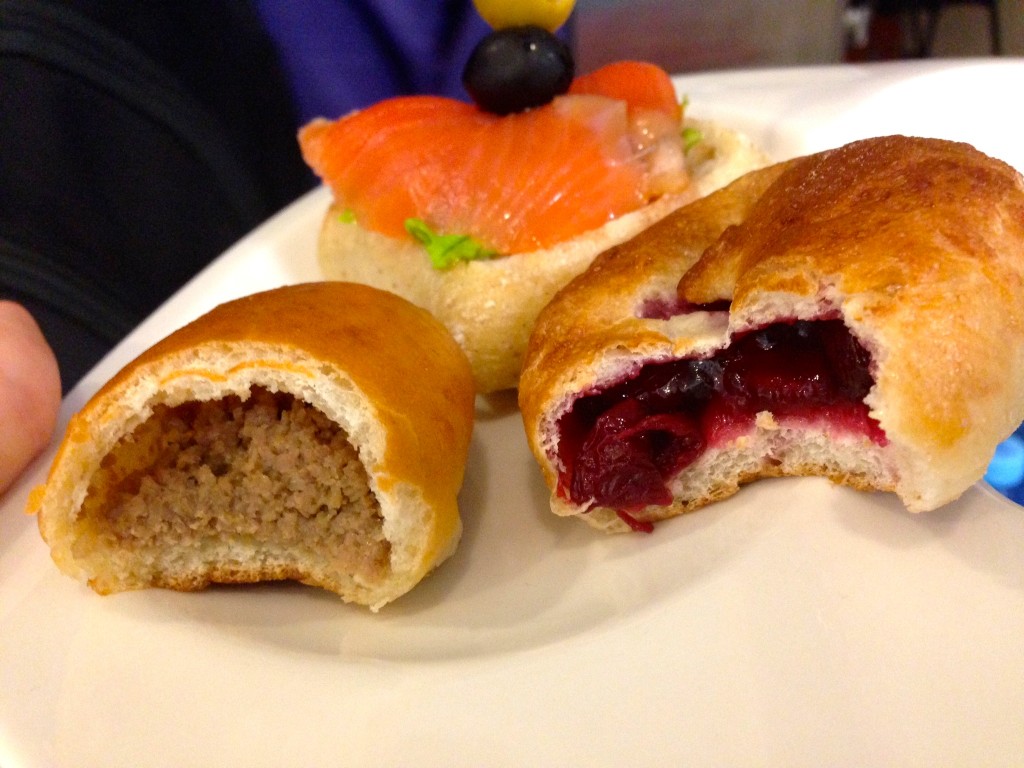 The highlights of the buffet were the piroshki, small baked buns stuffed with sweet or savory fillings and glazed with an egg wash. Nothing was labeled in English on the tables, so I took a handful of different shapes (from a plain round one to a football-shaped ball with a strip of decorative dough on top) and bit into each in the name of foodblog research. A cherry piroshki was tart and sweet, with a donut-y pliability to the dough; an apple one veered a bit too much toward canned pie filling for my taste. On the savory side there was cabbage and onion (not a winner), minced meat (perfectly acceptable), and a salmon salad that was well-seasoned and nice and light. 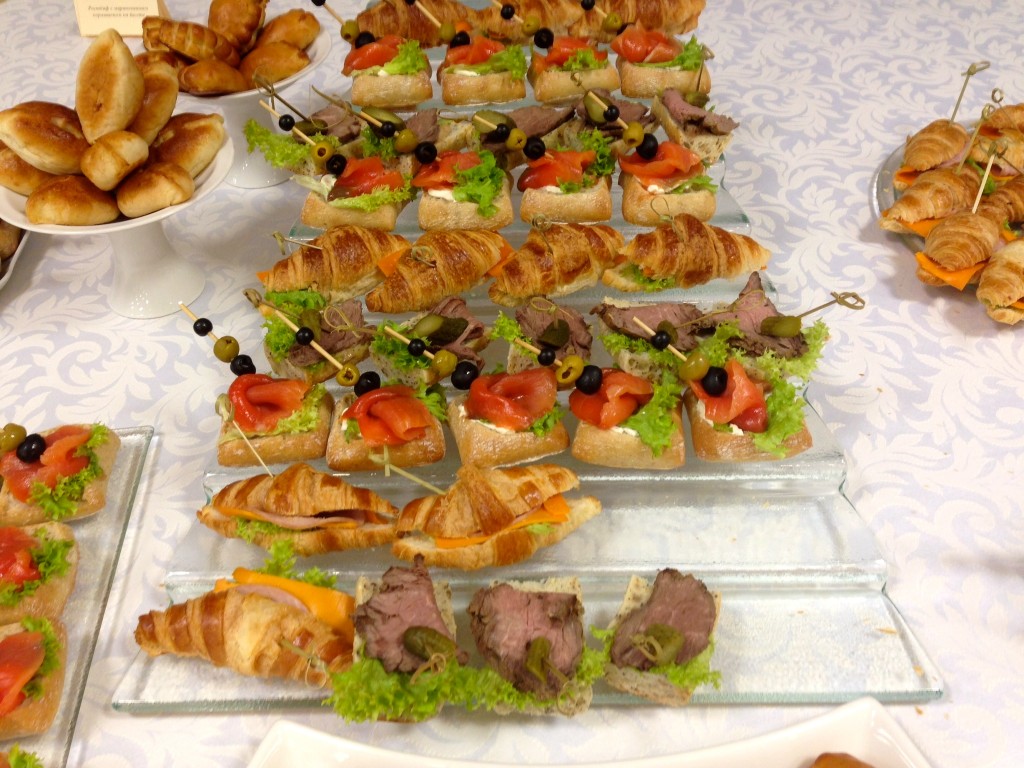 Also on offer were smoked salmon and sliced roast beef on toast, and enough sugary pastry to sweeten up even the toughest crowd. Which might have been the point. 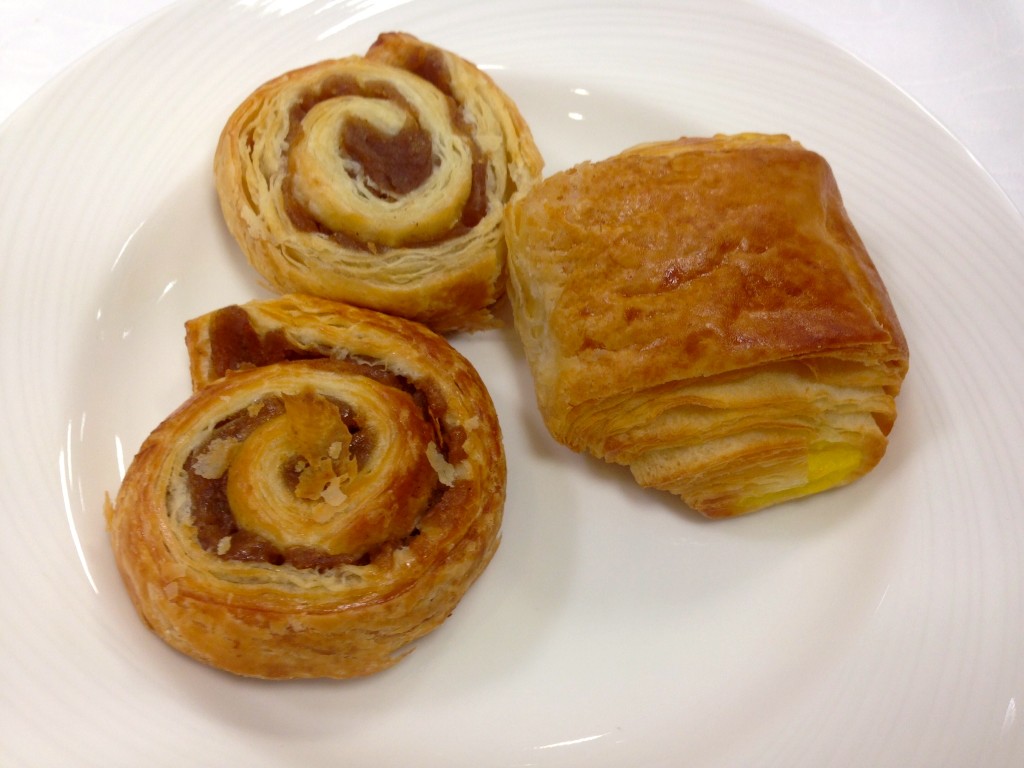 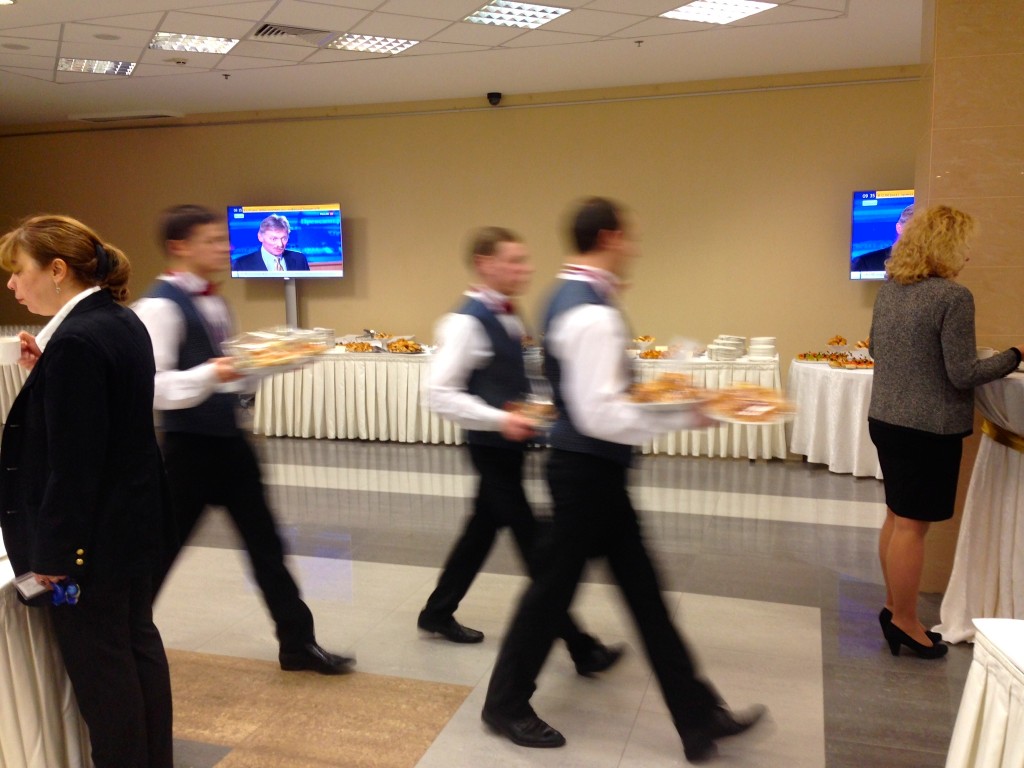