In this part of the world, restaurants tend to sling the same grub (kebab, mezze, biryani, baklava) — and what sets one place apart from another is the quality of ingredients and, when I get lucky, the existence of dishes I’ve never seen before. Green Jews Mallow in Egypt. Hot cheesy hummus in Turkey. And at Al Safadi, a Lebanese restaurant in Northern Iraq, a dish they describe as Marrow Vine Leaves. 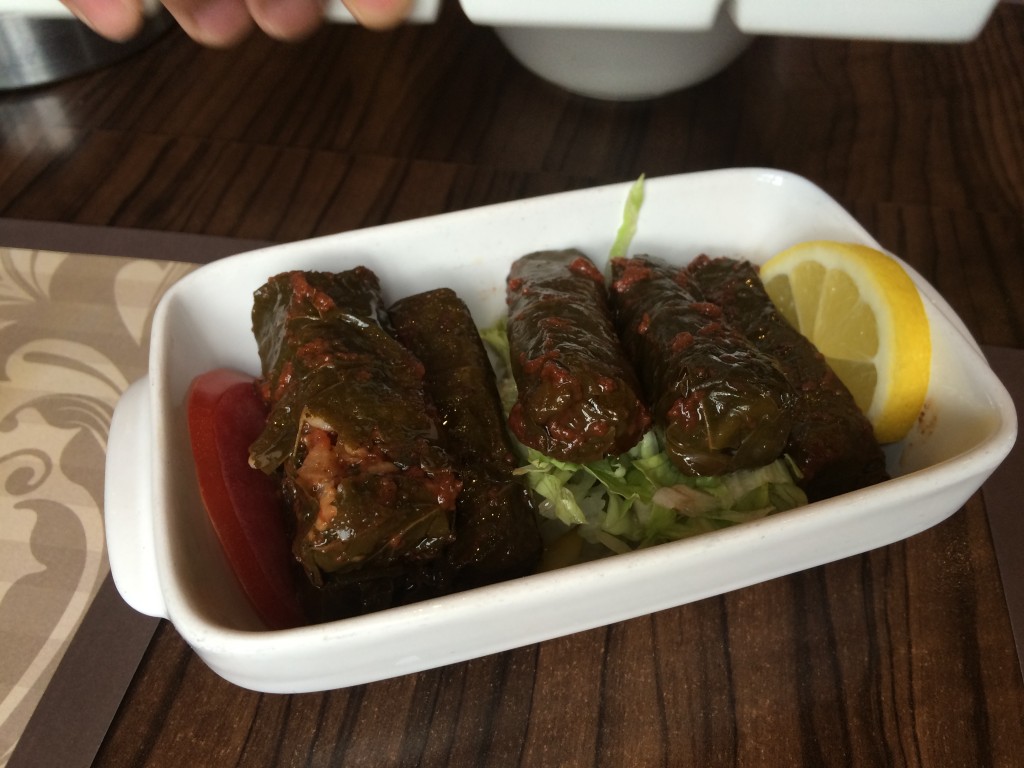 For research & comparison’s sake, among our mezze order we got the traditional vine leaves as well – an excellent version of the standard rice-stuffed grape leaves. But the daily special, simply described as “marrow leaves”, was a heaping bowl full of rice & meat stuffed into a variety of different casings including intestine (resembling sausages but with the earthy funk of offal) and courgette (zucchini, to my American readers). They were… interesting. Not sure they’re a must-order the next time around. 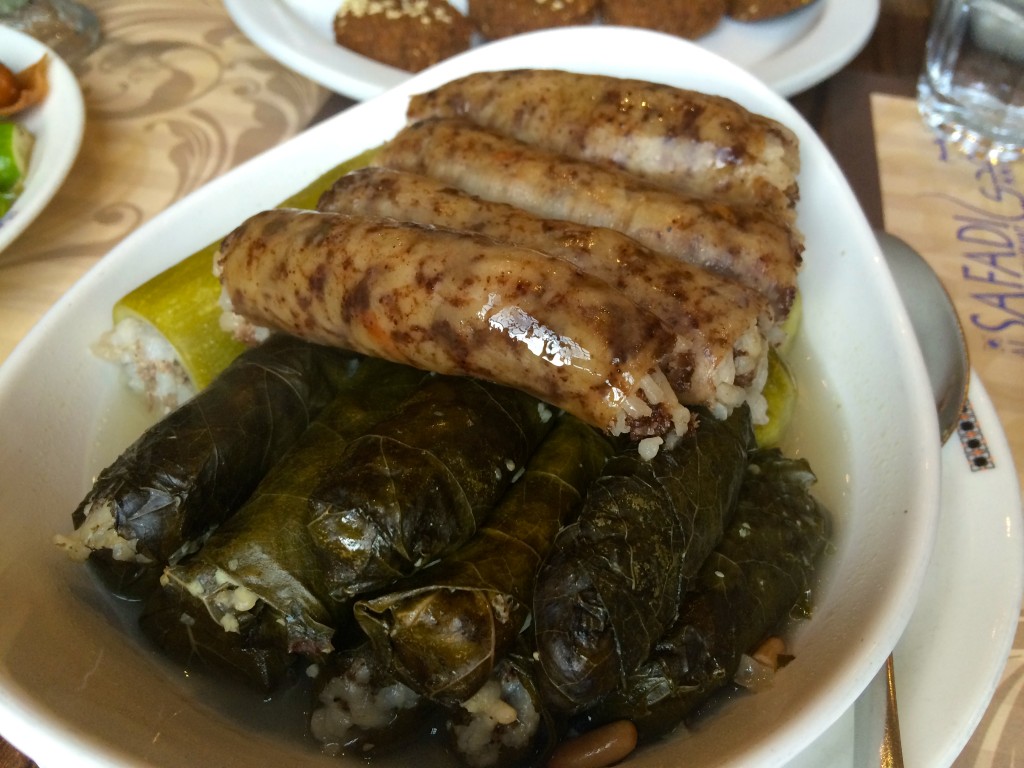 The eggplant dip (moutabal) and hummus with lamb were smooth, sesame-laden tahini bombs, and the fattoush and tabouleh salads were bright with fresh mint and lemon. The front page of the menu here says “Only Al Safadi can make a plate of fresh vegetables almost smile so that your appetite grows.” They aren’t kidding. 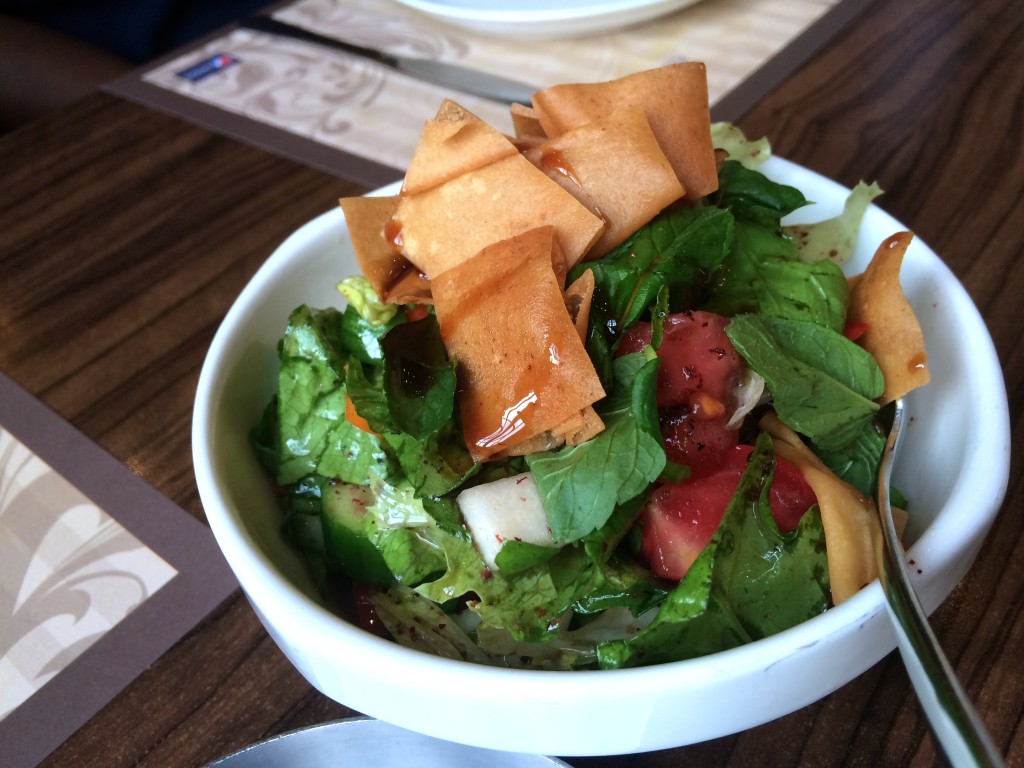 Small sausages known as soujuk were toothsome and spicy, and the felafel, normally a snooze-fest, were shaped into adorable little donuts, scattered with sesame seeds. 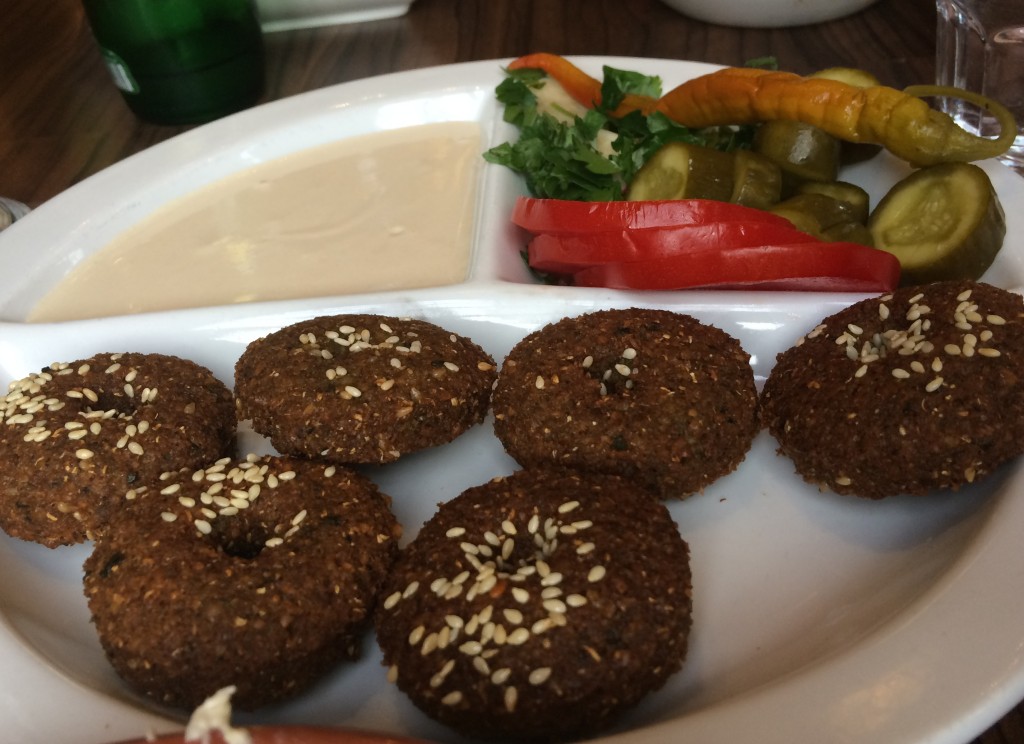 After a parade of small dishes, each one scraped clean by the end, we ordered a platter of lamb chops, which were scooped up before I could grab one (cough, cough – don’t they KNOW I have a blog to write?!!?) and a great version of shwarma called shwarma intaki – a quesadilla-like dish of spit-roasted meat, spicy tomato sauce, onions and herbs grilled between triangles of flatbread. Add a dollop of sour cream and some salsa and you could be in Mexico. 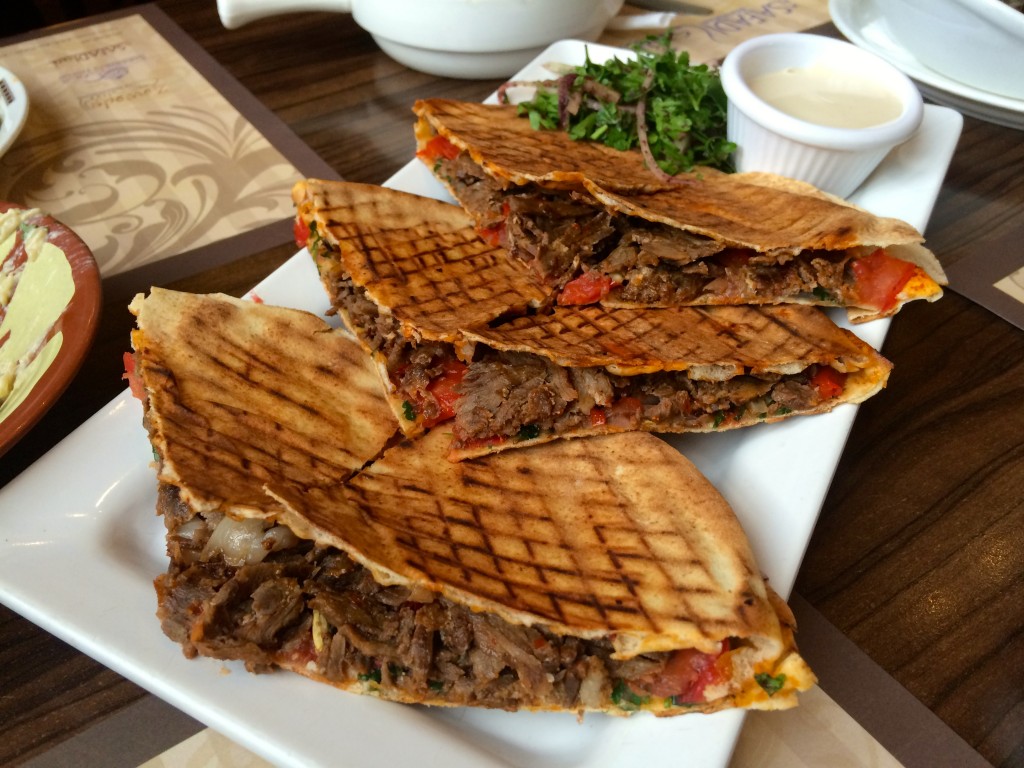 At the end of the meal I asked the waiter to bring us their best dessert, which turned out to be another first for me: katayef bel kashta, small cream-filled pancakes topped with pistachio crumbs and drizzled in rosewater syrup. They were practically too cute to eat. 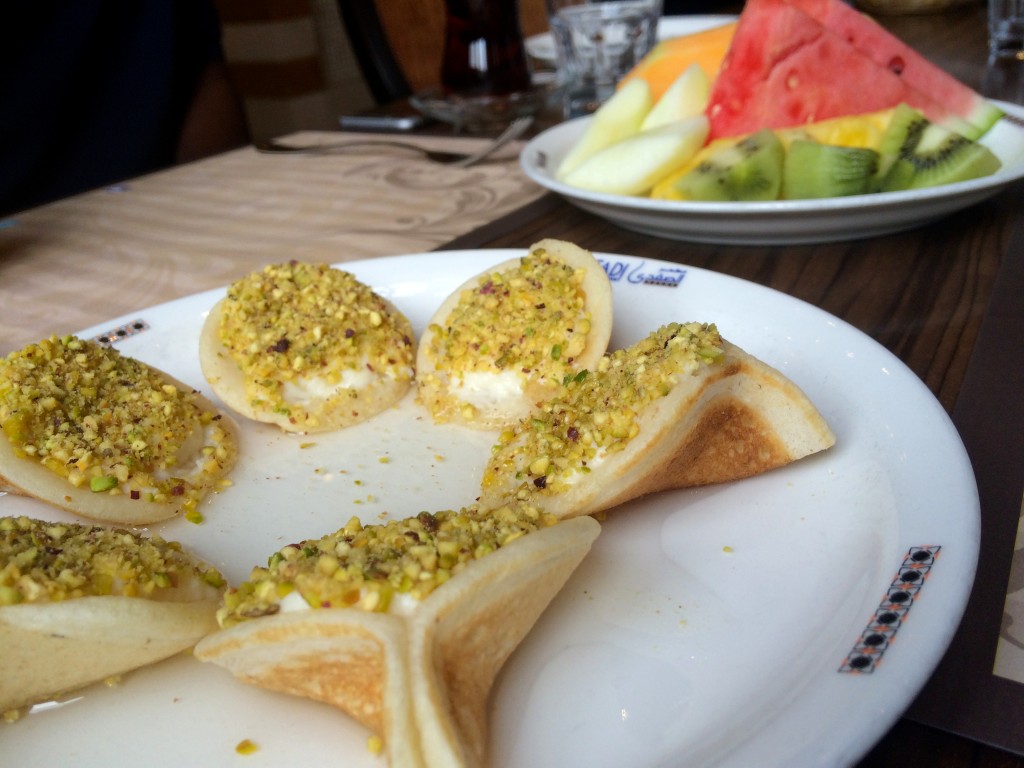 But that’s never stopped me before. And it didn’t here. 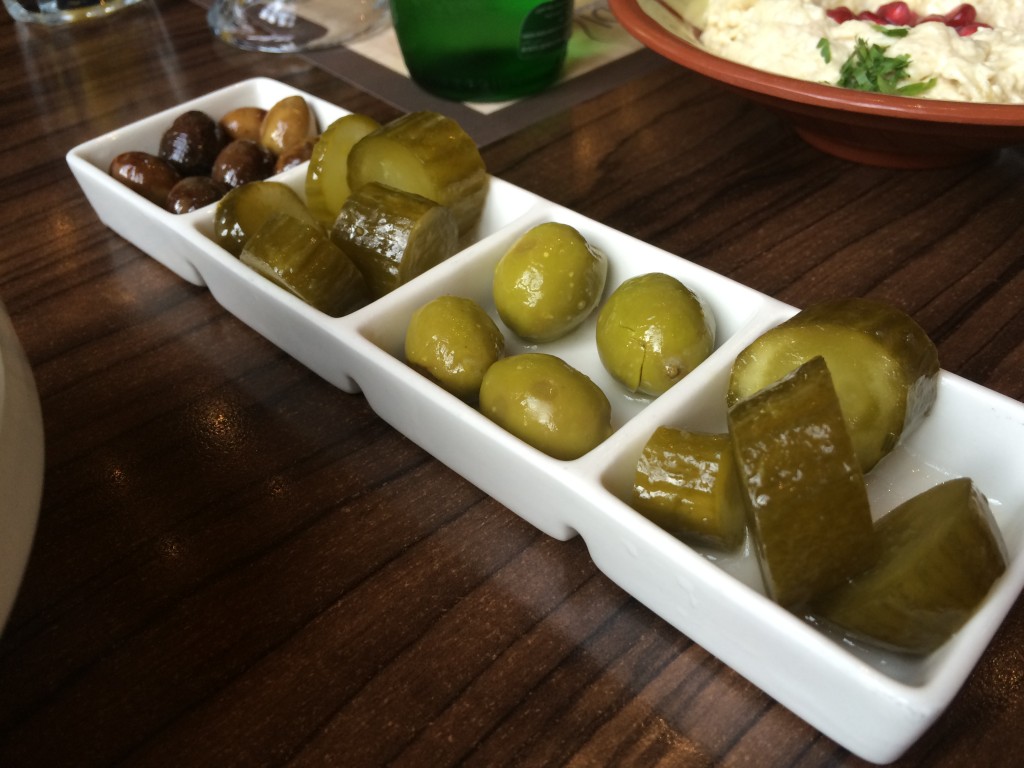 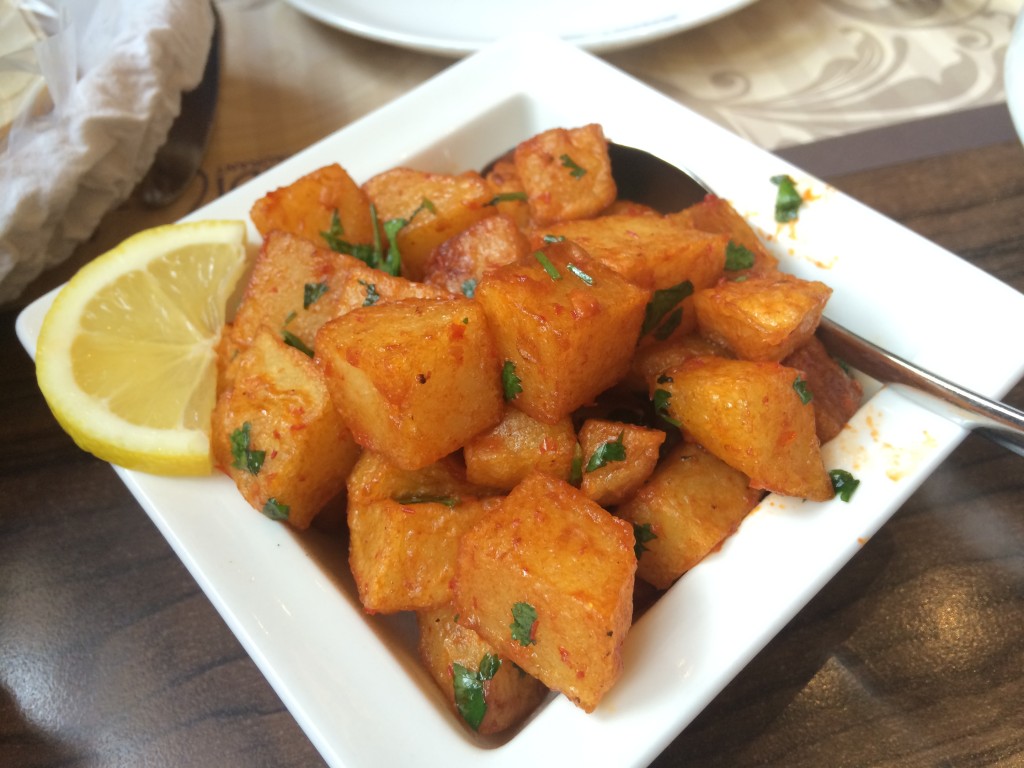 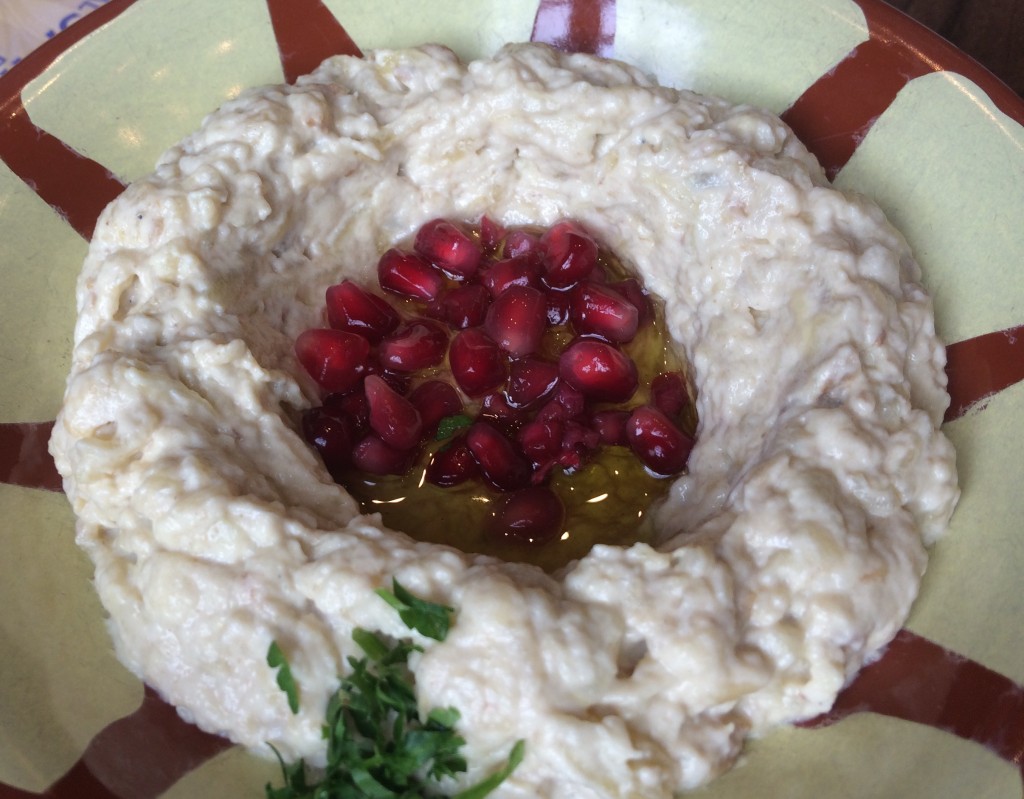 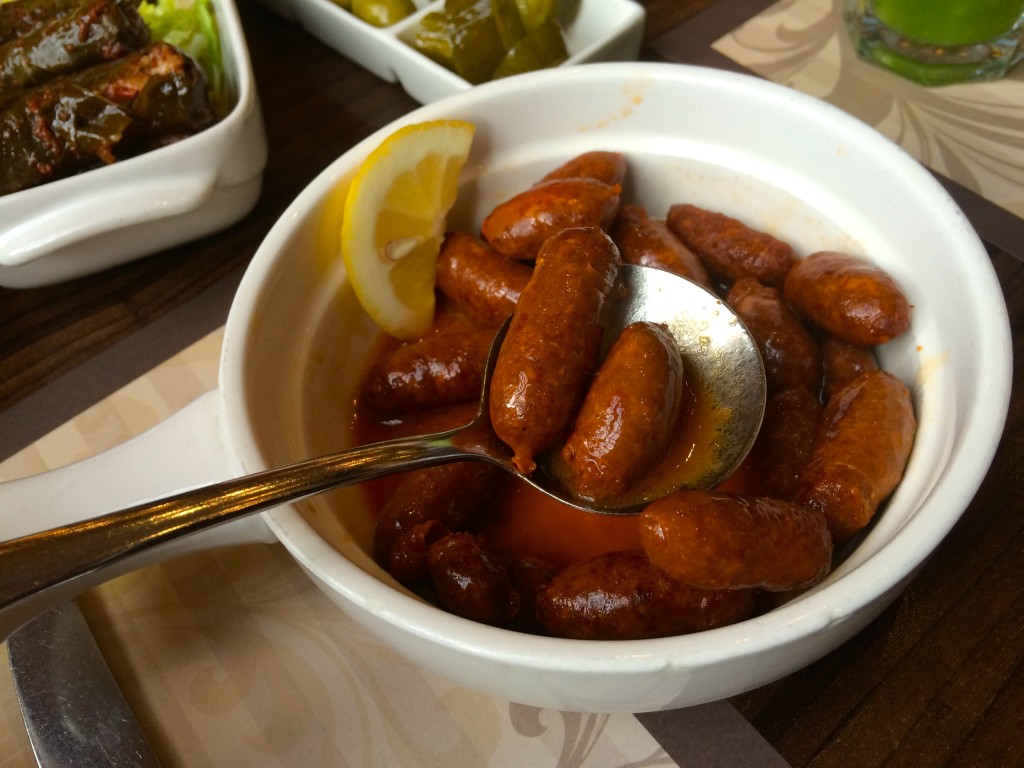 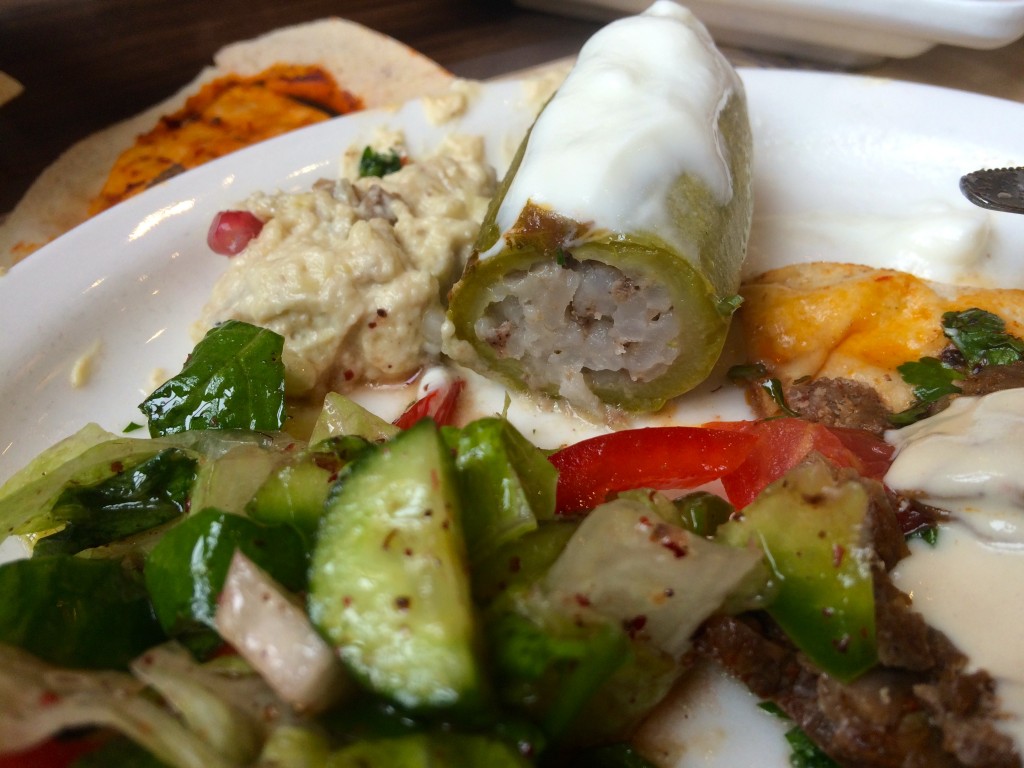