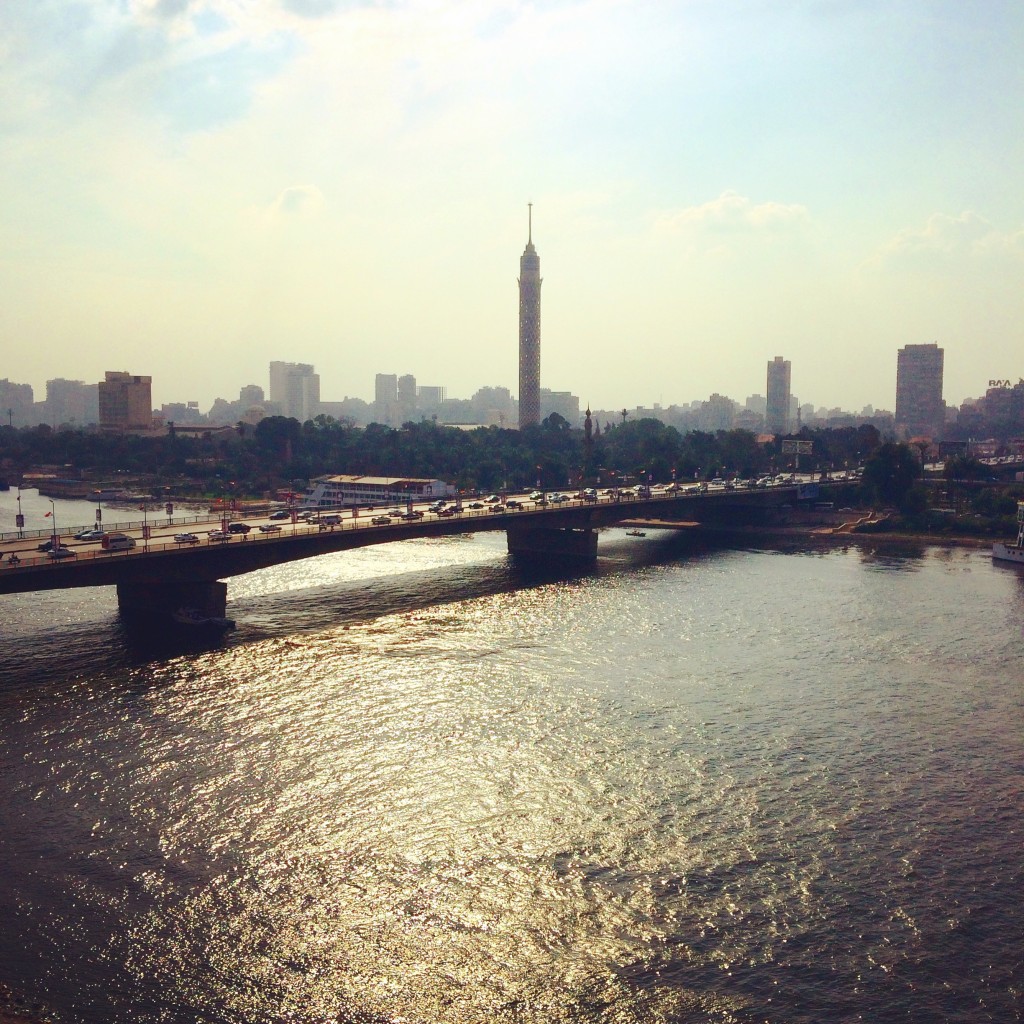 Egypt is known for many things – the birthplace of civilization, early forms of communication, inventing board games! – but sadly, culinary prowess is not among them. Bread, beans, rice, and meat abound. Koshari, a gut bomb of rice, lentils, and pasta, is considered by some to be its national dish… street food of the highest order, and not normally found in the nicer restaurants around town. There are two places worth a closer look: Taboula, a dark and cosy Lebanese restaurant, and Felfela, an Egyptian cafe with an “eating in the woods” theme, where you’re surrounded by turtles, parakeets, and tables and chairs built out of tree stumps. 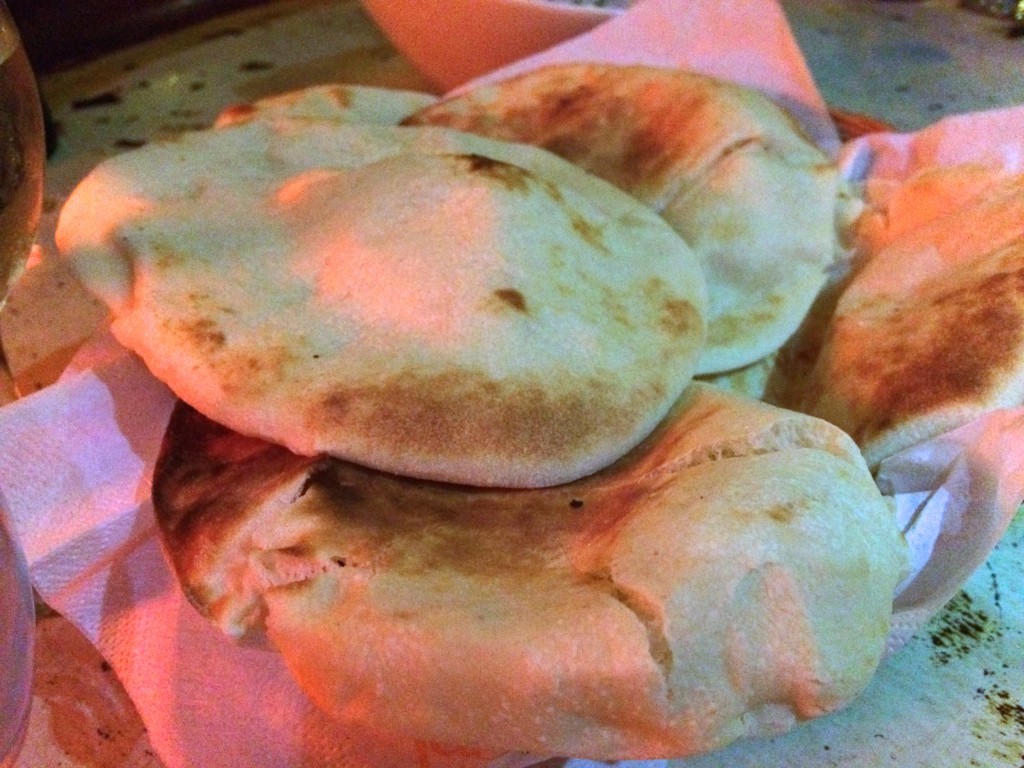 Taboula is objectively delicious, and would be popular in any major city around the world, with some of the best homemade pita I’ve ever had. They deliver heaping baskets full of puffy discs, a bit burnt around the edges, steaming inside, and light as a feather. Delicious enough on their own, but even better when used to shovel in excellent mezze, like hummus topped with sautéed lamb and pine nuts, fresh and vibrant tabouleh, and motabbal, an eggplant/sesame dip more commonly called baba ganoush. 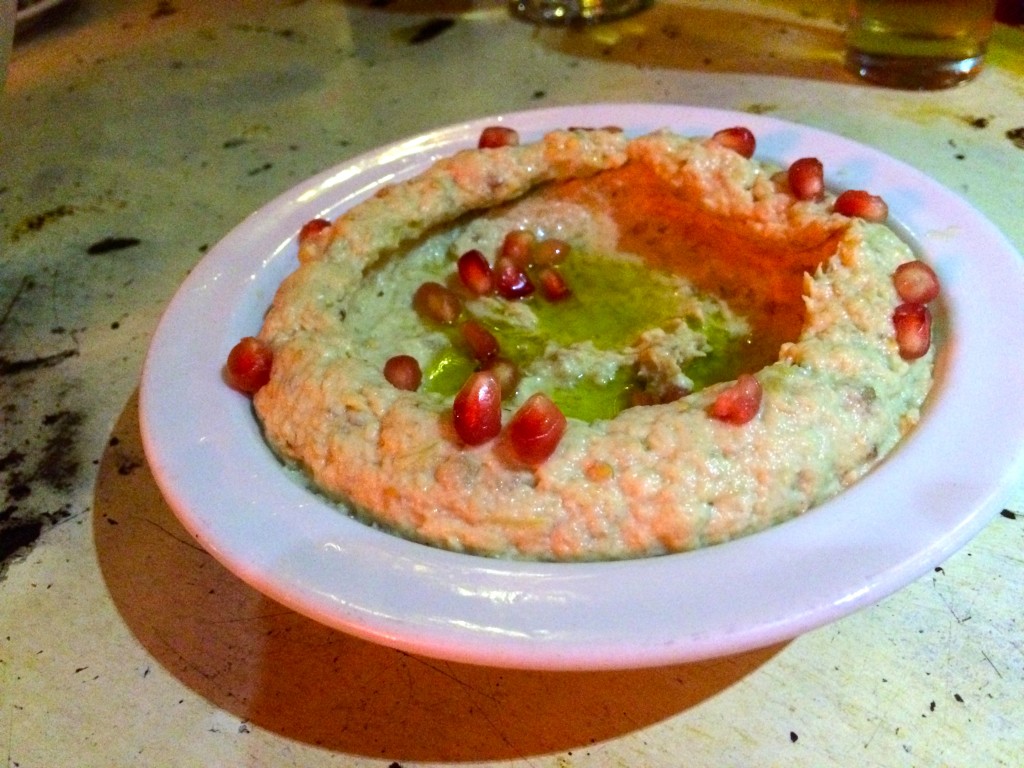 The waiter also recommended “chicken balls” – minced, spiced chicken stuffed with pistachios, rolled into balls and deep-fried – and when I asked what house specialty we hadn’t ordered, he insisted we try the chicken livers, sautéed in lemon and pomegranate sauce. 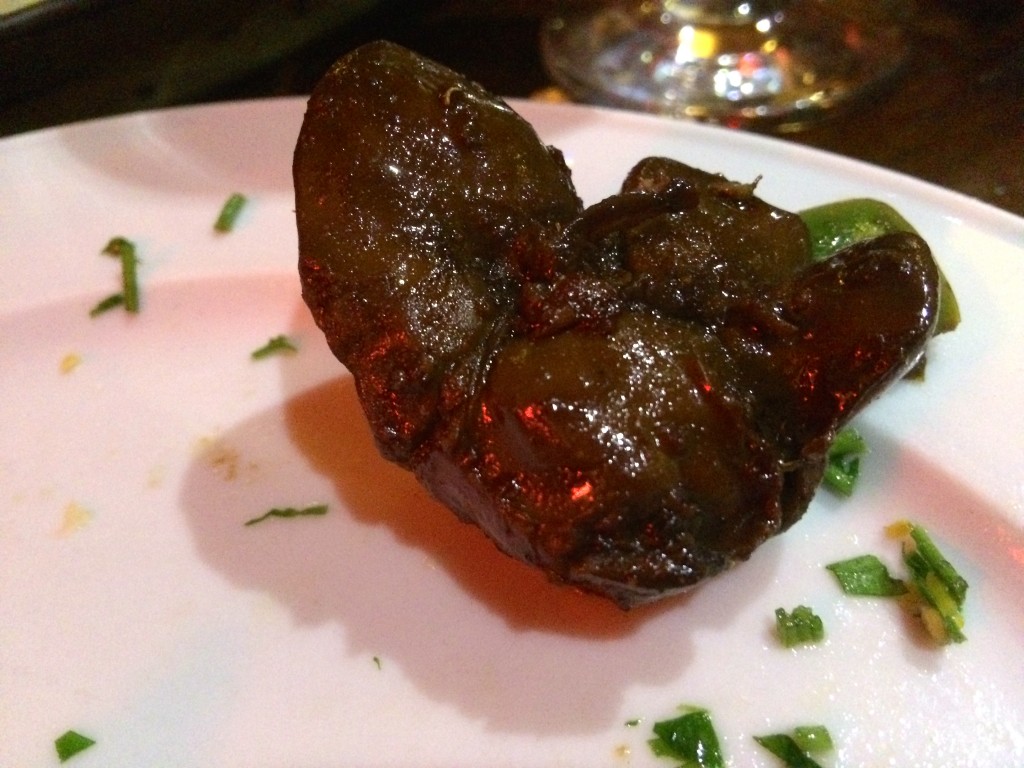 Others may have liked this. I felt like I was eating a heart. The dusty funk of offal is truly not my cup of chai. 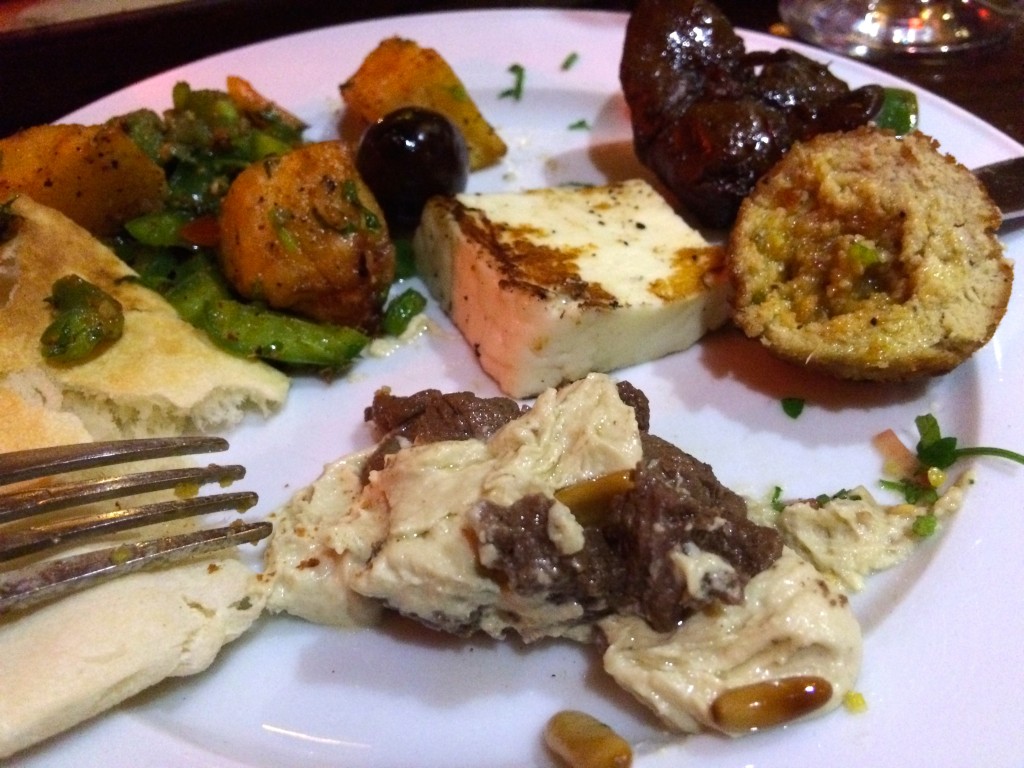 But overall one of the best mezze options in town, with a huge and varied menu (8 pages of dips, fried cheese, vine leaves, pastries, meat platters, rice, vegetables, kofta, shawerma, and desserts) in a restaurant with a sultry Arabian Nights vibe — all pillows and scarves and flickering candles. 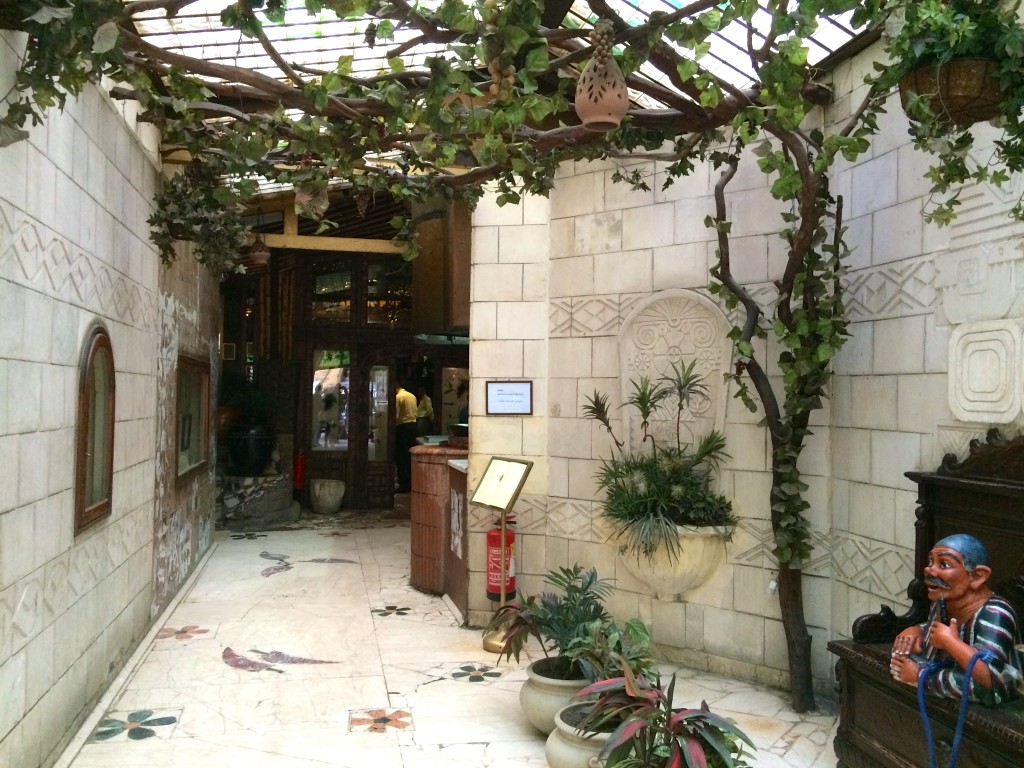 Less than a mile away, you’ll find Felfela: a cheap and cheerful restaurant open since 1959, a great place to experiment with Egyptian specialties. 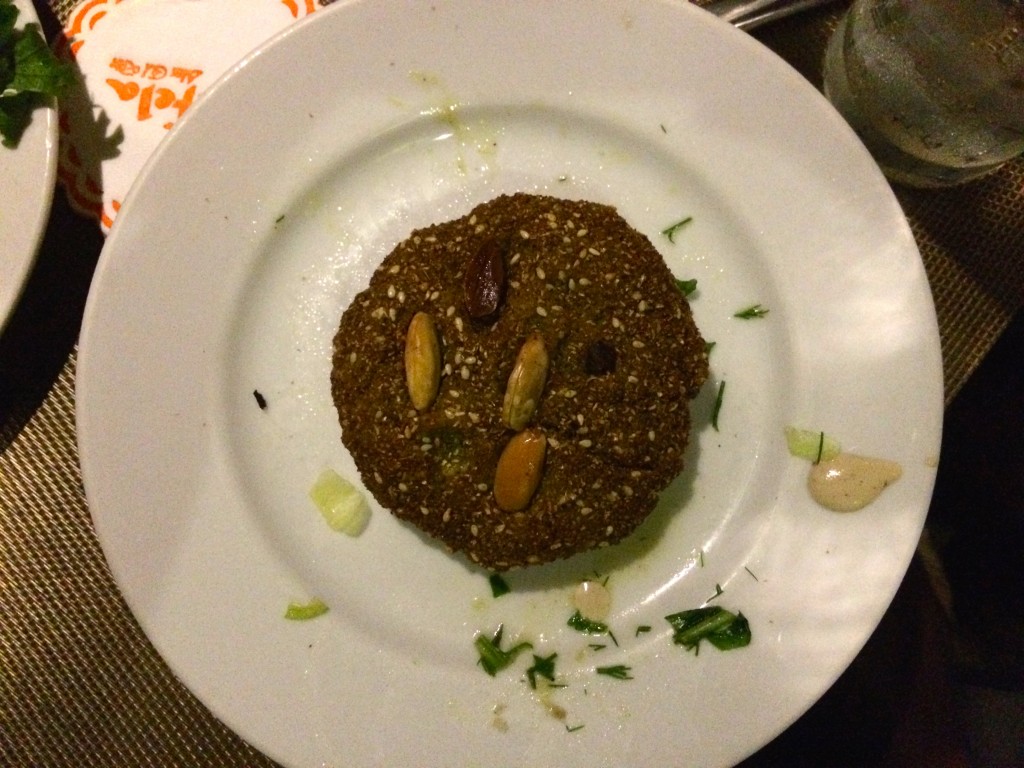 The menu isn’t particularly varied, but there are endless variations on what few dishes they do have. On the first page you’ll find a dozen varieties of taamia, Egyptian falafels made with fava beans instead of chickpeas. Plain, scrambled with eggs, served with boiled eggs, bound with minced meat — choose what strikes your fancy. A taamia with nuts was dense and toothsome, and lovely with a bit of tahina sesame paste on top. 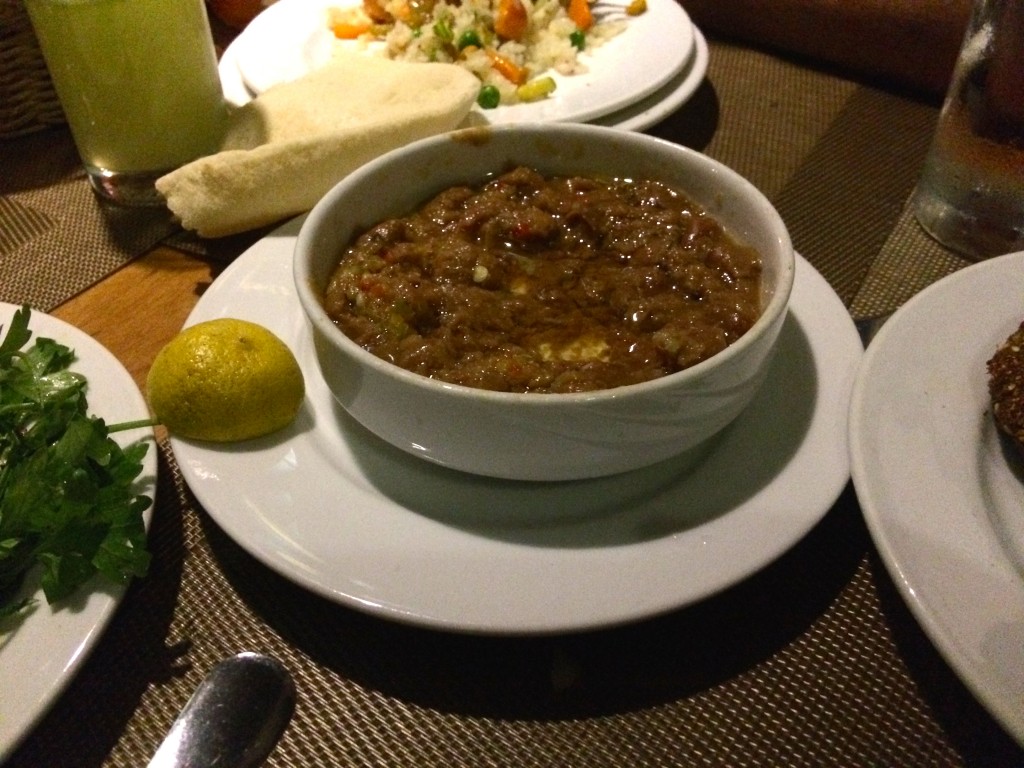 Next up, ful medames, the Egyptian dish (served mostly for breakfast and lunch) of mashed beans served with a multitude of toppings: onion & parsley, tomato & garlic, meat, butter, olive oil, eggs. Side dishes of pickles and tahina round out the plate. 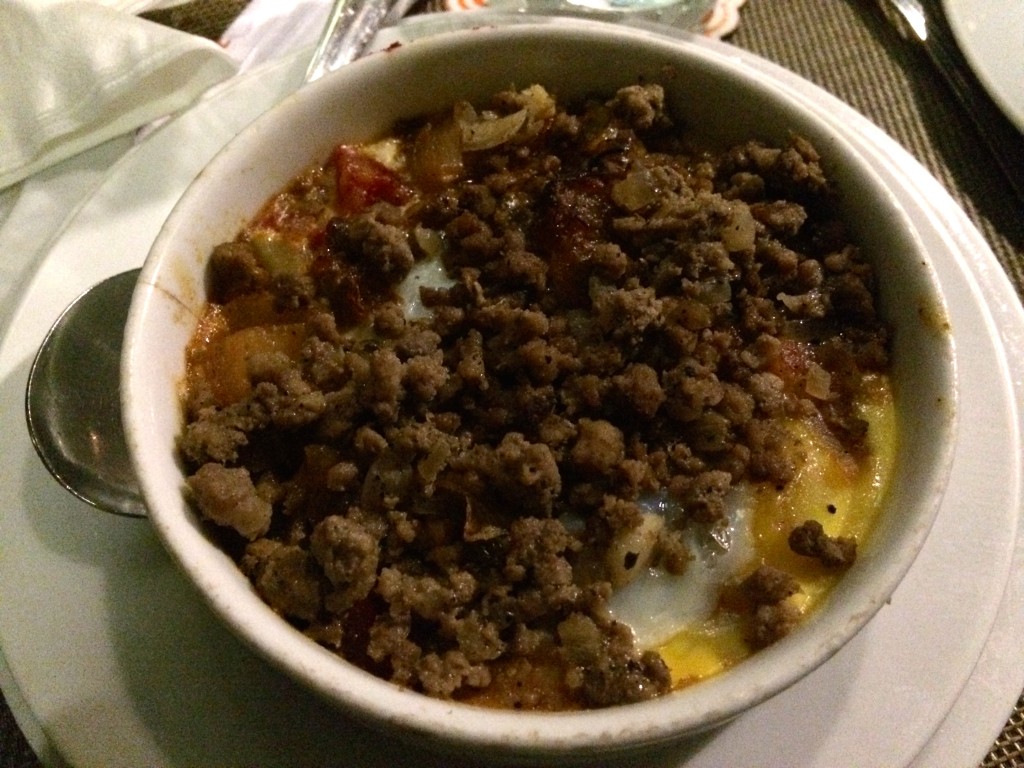 I am a huge shakshuka fan — eggs baked in tomatoes and onions, here topped with ground meat — and this one was simple and delicious. 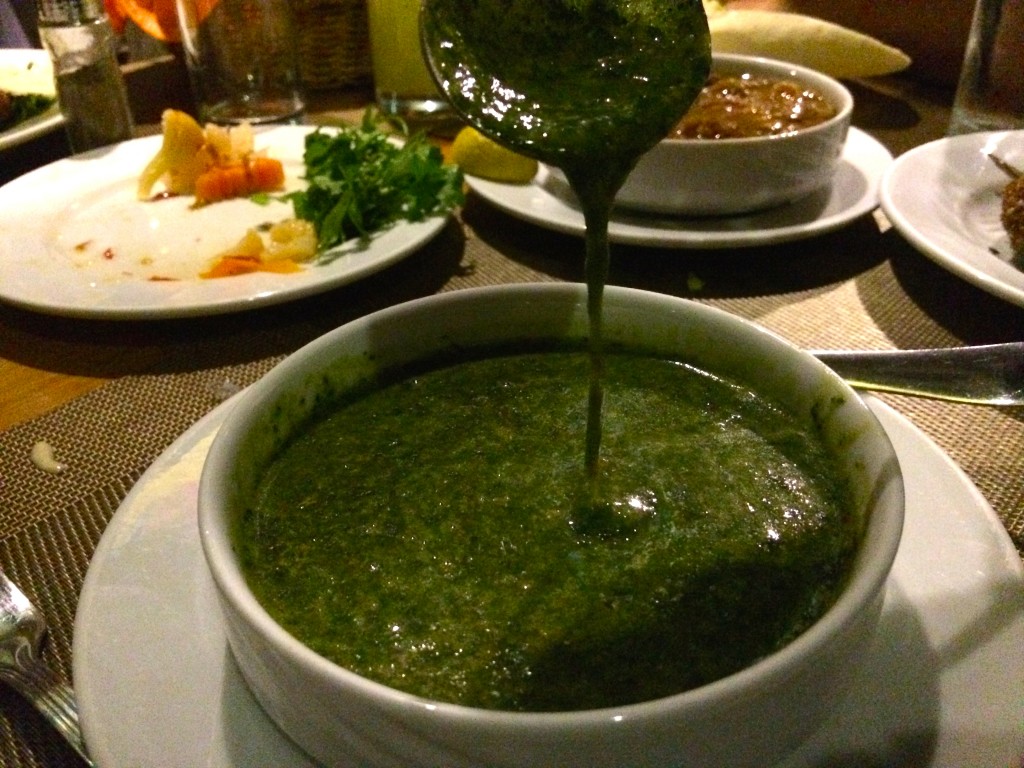 Once again, I was told one of the specialties of the house is what’s called (on the English menu, anyway) Green Jews Mallow, vaguely described as a bowl of slimy herb paste. Wow, sounds amazing. In Arabic, this bowl of green goo is called molokheyya, and it’s made of jute leaves boiled with coriander and garlic. Jute is fibrous, normally used around Africa to make rope and fabric, but molokheyya is popular in Egypt, Jordan and Syria, served either a soup or as a meat topping. The flavor was bitter and the texture… mucilaginous. Not a dish I need to return to, but one I’m glad I tried. Also, the English name? Apparently the King James translation of the Hebrew Bible called this herb “mallow”… and therefore, “Jew’s Mallow.” Oh, and it’s definitely green.

Reindeer and Lingonberries, but not a Meatball in Sight
Feast in the Iraqi Plains