Being Franco-Singaporean, I was raised on the best two cuisines in the world, and would be hard pressed to declare Congo a center of culinary delights. But I fully agree with this blog’s proposition: food in far-flung places takes on a special flavor! I have visited the Democratic Republic of Congo frequently since 2002, and each restaurant, hole-in-the-wall, and Congolese home or convent where I’ve had a meal is a unique window on Congo’s troubled but rich history. 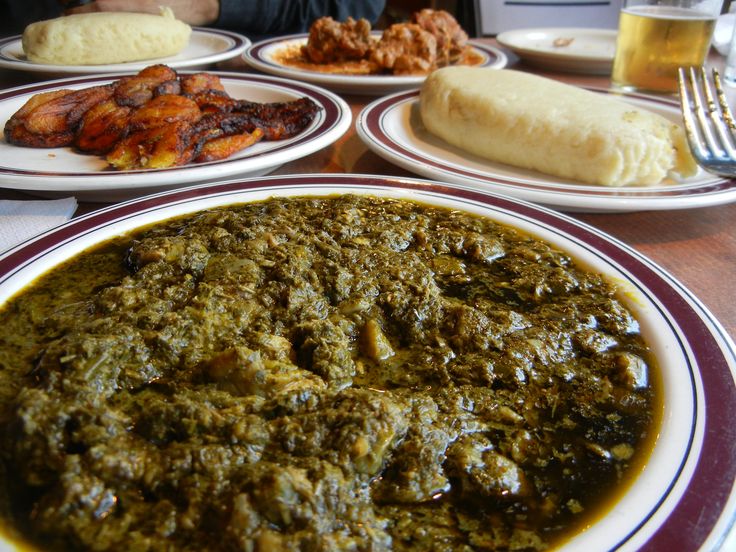 When Congo was still under partition, with various parts of the East controlled by militia groups, I visited Kindu, a city that had been under siege for some time. People in that town were on the slim and short side, and when I called a man “petit frère” (little brother) he protested, saying he was short only because of stunting. But we shared delicious, creamy cassava leaves, prepared in a way that reminded me of the Indo-Pakistani saag paneer (spinach with marinated cheese). Thank god I liked it, because cassava, otherwise known as yuca or arrowroot, is about the only food available: cassava leaves, boiled and fried; cassava roots, fermented; cassava dough, known as fufu; cassava soup. Alone, cassava tastes like the world’s blandest potato- the fact they were able to eke so many different flavors from it is a true feat of spicing.

At one meal, I accidentally swallowed a little green ball that sent me through an out-of-body experience: I felt my body’s temperature rise about five degrees, and could see all my Congolese colleagues staring me, curious about what colour the muzungu (white or non-local person) would turn! Finally my brain stopped spinning, my mouth stopped burning, and my temperature returned to normal. Let this be a warning: don’t just pop raw wasabi into your mouth, unless you’re bored. Feel free to feed it to unsuspecting foreigners, though. 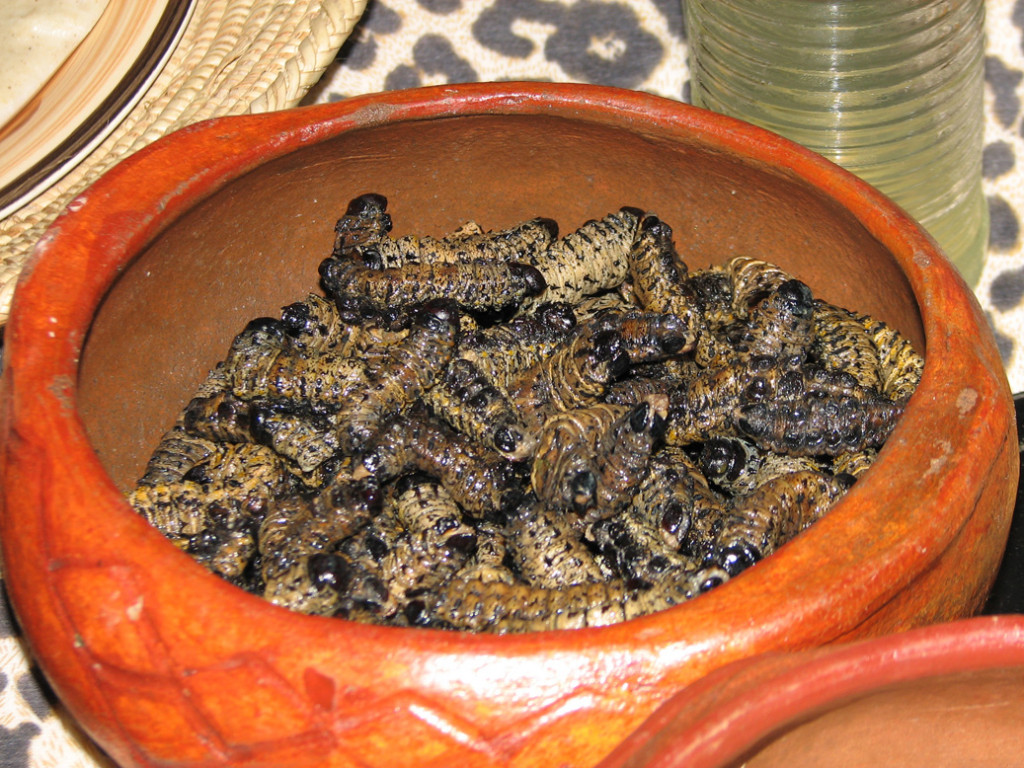 Another “look at-the-muzungu!” experience was when I was invited/dared to try caterpillar, a great source of protein, a culinary delicacy, and a total nightmare to actually put in your mouth. The first kind I tried was roasted, and surprisingly, tasted like lobster. The second was boiled, and pretty tasteless, but had the consistency of a piece of bread that had soaked overnight. I tried not to think to hard about what I was chewing on… but I swallowed, kept my pride, and my Congolese colleagues decided to adopt me as an honorary Congolese. They even gave me a prize when I left; they said it was for my contribution to peace-building, but secretly I think it’s for passing the boiled caterpillar test.

If you find yourself in Congo, seek out La Procure restaurant in Kinsangani, a convent that was the main accommodation option back in the day, and is still a good one nowadays. As luck would have it, I got stuck there for a couple of days with Congolese NGO workers and my boss at the World Bank. A rebel group had just launched an offensive, and we were stuck eating fried plantains at breakfast, lunch and dinner. It was a form of comfort food (also, the only food available), and we ate while listening to mortars being fired. As we waited, munching on plantains, I began to realize all the nuns running the place were pretty thick in the middle. Could it be that our new diet wasn’t the healthiest?  But they took good care of us and the many civilians who came to their gates, so I did not ask questions… just helped myself to more plantains.

Back on the Western side of the country, in the capital city Kinshasa, I discovered the finest Belgian food ever. First, at my hangout place, Le Colibri, a block from my apartment, I would always go for the “Carnivore”, a tartine with a slice of tender, tartare beef that surpassed all raw beef I had had before, or have had since. It went very well with the local beers, all light in taste and alcohol content. Le Colibri’s Belgian owner passed away last year, but I sincerely hope someone is holding up the tradition. Another favourite was the cossas-cossas (giant freshwater shrimps, or mini lobster, depending on how you see it) with either garlic butter or red hot pili-pili sauce, at a half-legit place in a private residential compound, owned by a Portuguese lady. There, you had to go at it with your bare hands, and wearing a bib was not optional unless you wanted your white shirt looking like a Pollock painting. I was also a regular for onion soup on Sunday mornings at Cercle Elais (a sports club with an Olympic-size swimming pool and a couple rooms for a lucky few). You’d find all the people you partied with the previous evening curing their hangovers with it. I also have a vague remembrance of having dinner in a train-turned-restaurant, but it could have been a dream. Those local beers are good, after all. 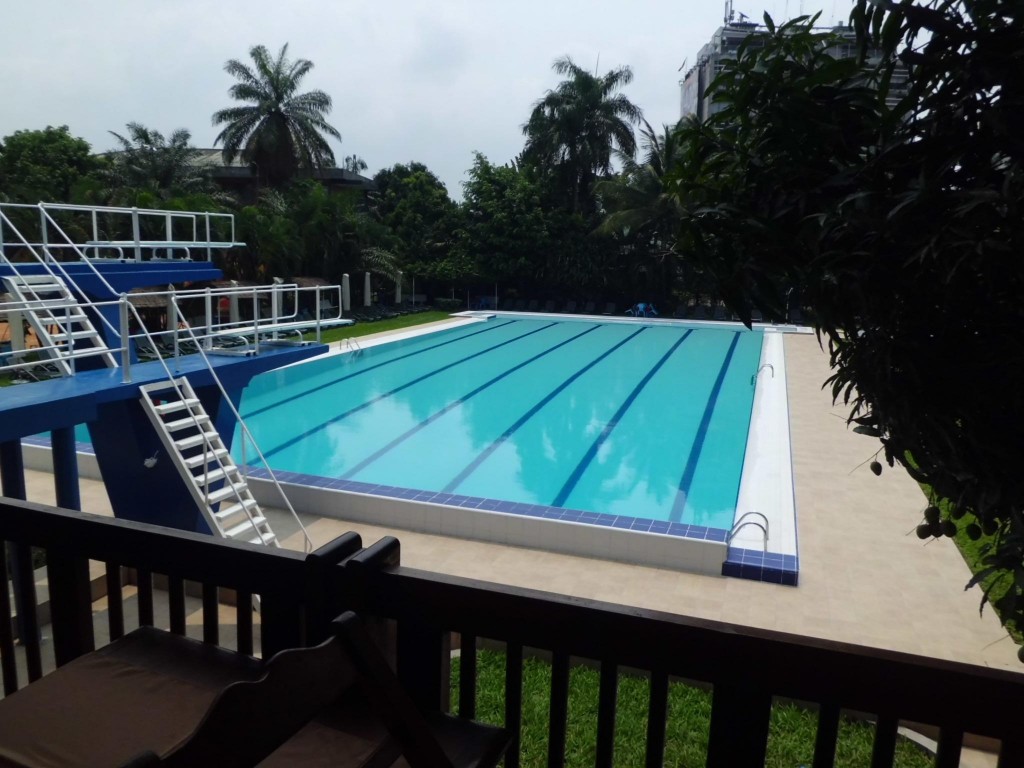 Another tradition was for my driver and me to hit Al Dar every Friday, on the main drag (boulevard du 30 juin), a busy place with the best shawarma outside Lebanon. Funny how important it is to establish traditions and routines when one is travelling. It’s a pity all security briefings implore us to not have routines.

From 2004, a couple of fancy restaurants opened, starting with Le Chateaubriand. I had the best boeuf sauce Roquefort and steak au poivre ever. But it did not have the flavour of the earlier days, when the country was just opening up after the war, and the sun was just beginning to shine again. Those magical moments are a rare recipe of food, place, people and timing.

About the author: Juana de Catheu is a consultant for the European Union, focused on designing stabilisation and growth strategies in conflict-affected countries. For more, please visit devresults.eu. She’s half Singaporean, half French, and all Bad-ass. 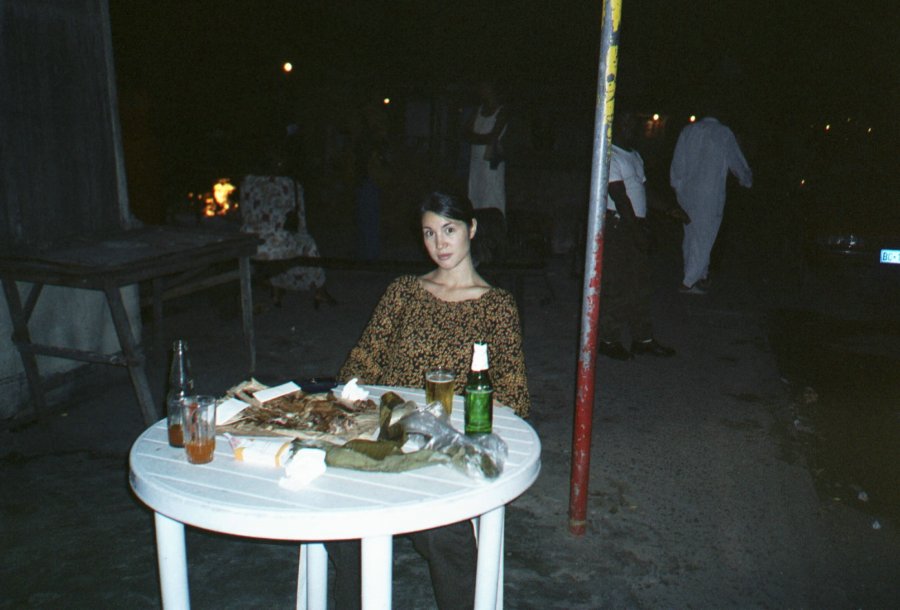 Marrow Vine Leaves and Pistachio Cream Pancakes in Northern Iraq
Instead of Food Under Fire… Tea Under Raincloud at Buckingham Palace!