By erin on December 2, 2014 in Food Recipes, Saudi Arabia 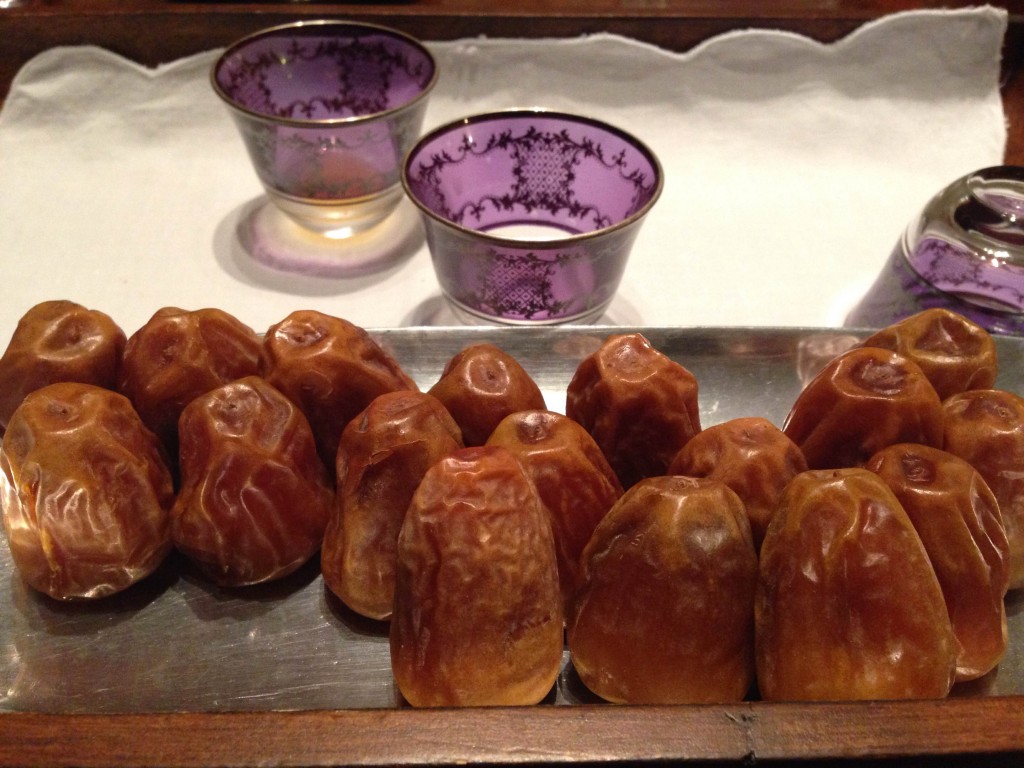 The hospitality in Saudi Arabia is legendary; good thing, too, as the cultural conservatism that abounds makes it difficult for a girl like me to enjoy other food- and drink-based activities. Obviously, there are no bars (there aren’t even movie theaters!), so that’s out. Going to a restaurant is an isolating experience: the main dining room will be jocular and energetic, packed with Saudi men, while the women and their dining companions are ushered off into a side room and seated at private tables which are usually less decorated and definitely less fun. And at a Starbucks one sunny and warm afternoon, my coworkers and I grabbed coffees and took them out to the patio, only to be told minutes later by an apologetic manager that women were not allowed on the patio, heads covered or not. The “family section” inside smelled of diapers, and was underlit, unstaffed, and entirely unpleasant. (More on that, here.) 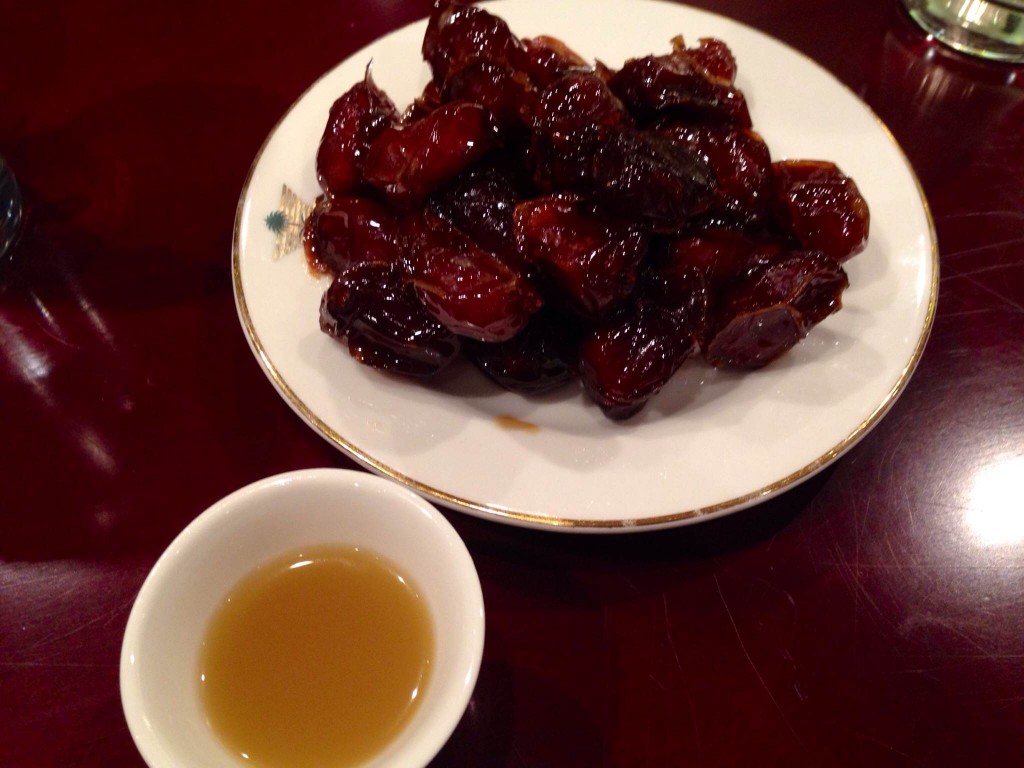 So, at least there’s that epic Saudi hospitality. At every meeting and before every interview, we were presented with a platter of Saudi dates and a cup of Saudi coffee, both served with pride and pomp. At first I thought the coffee was tea, as it’s a light amber in color and scented with cardamom and cinnamon. But in fact it’s coffee brewed Saudi-style, with a very light roasting of the beans which affects both the color and the bitterness (there is none). 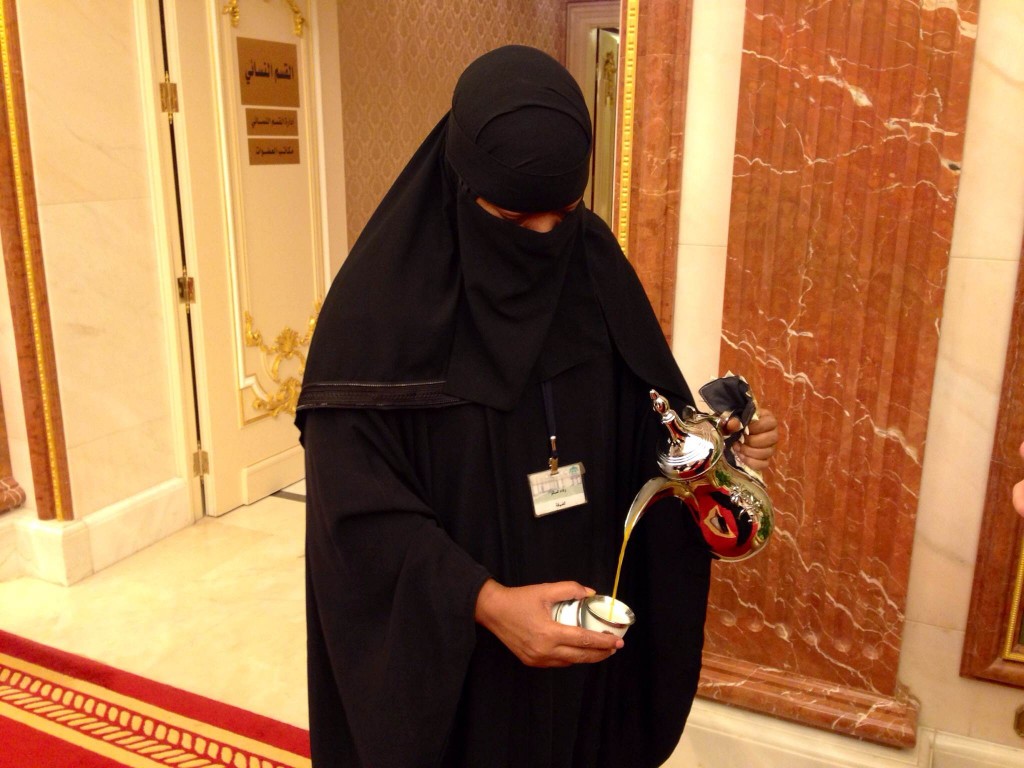 The coffee ceremony goes as follows: the waiter stacks a series of small handleless cups called fenjan in his right hand, and pours just a bit of coffee (less than an inch) from a special long-necked coffee pot called a dallah. The coffee is brewed hot, so they just coat the bottom of the cup in order to cool it quickly. It’s generally considered polite to drink your cup (with your right hand!) and gesture that you’re finished; otherwise the waiter will loiter next to you, pouring an inch at a time as soon as you’ve emptied it. 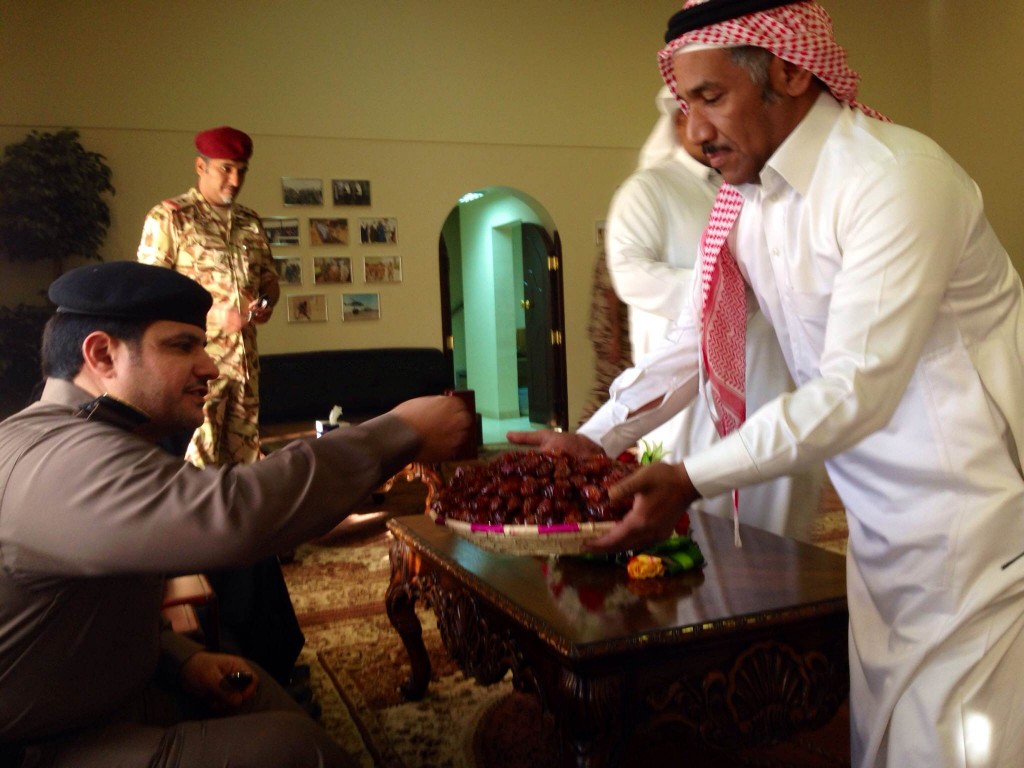 In Saudi, where there’s coffee, there are dates. Saudi Arabia is the second largest date producer in the world — after Egypt — and people take great pride in their national crop. Dates can range from the simple (dried, with pits, unsweetened) to the mid-range (sticky, shiny, and sweet) to the opulent, stuffed with coconut cream and covered in crushed pistachios. There’s even one date company that sells their wares for about $250/pound. I’ve always liked dates, but in Saudi, I learned to truly appreciate them. 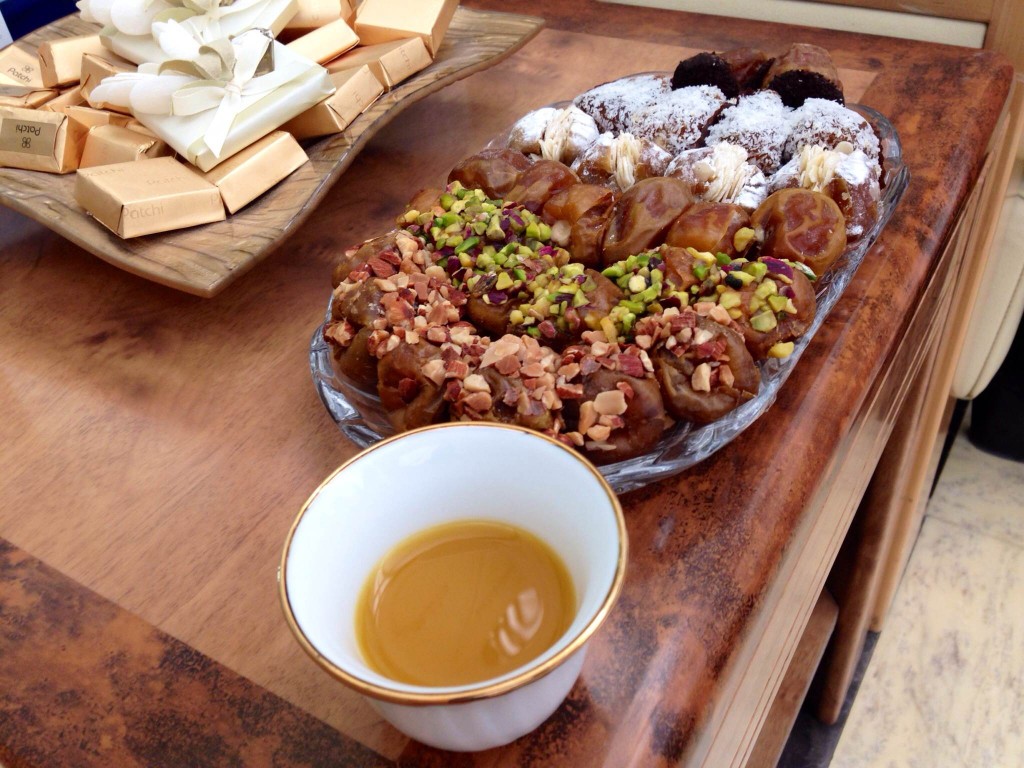 Embedded in Afghanistan. Caution: These Pictures Will NOT Make You Hungry!
Quick Snack: Noshing at Putin’s Press Conference