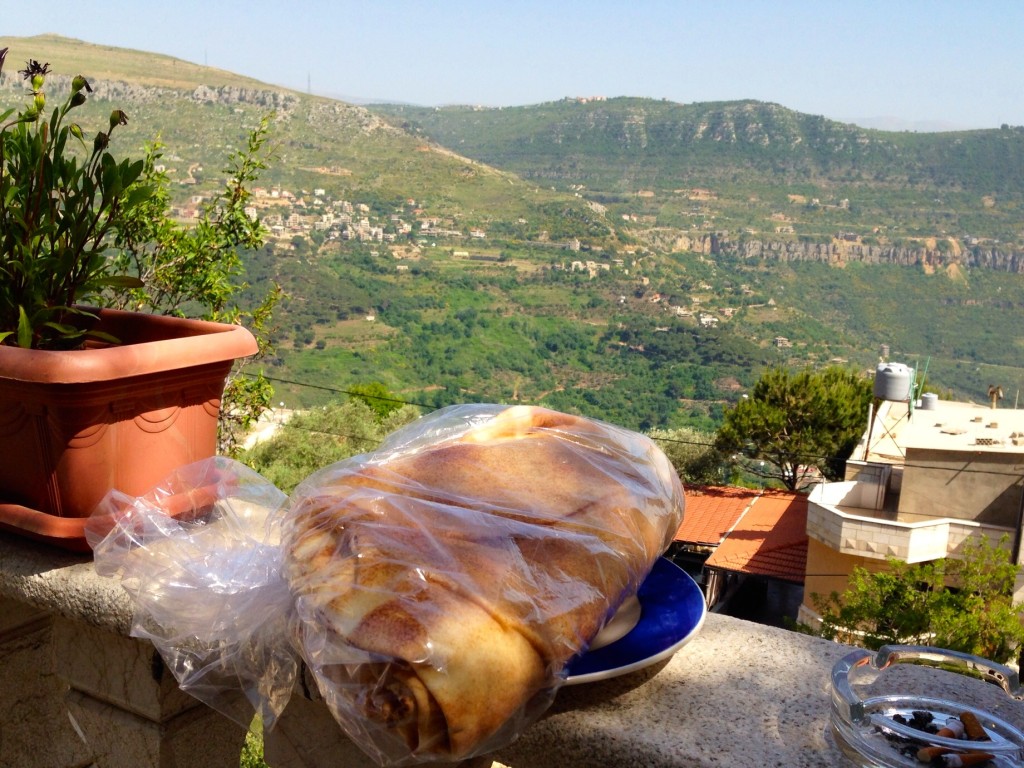 It doesn’t take long to escape the traffic- and dust-clogged streets of Beirut. Just an hour spent bouncing around in the car will get you high into the hills, overlooking the corniche and the coastline, above the congestion and pollution. There you’ll find cedar trees (immortalized on the Lebanese flag), deep valleys and beautiful stone homes perched perilously on the hillsides.

We were invited to lunch at one such home, where they laid out a casual home-cooked feast of traditional Lebanese fare on a shady terrace with a hot breeze. 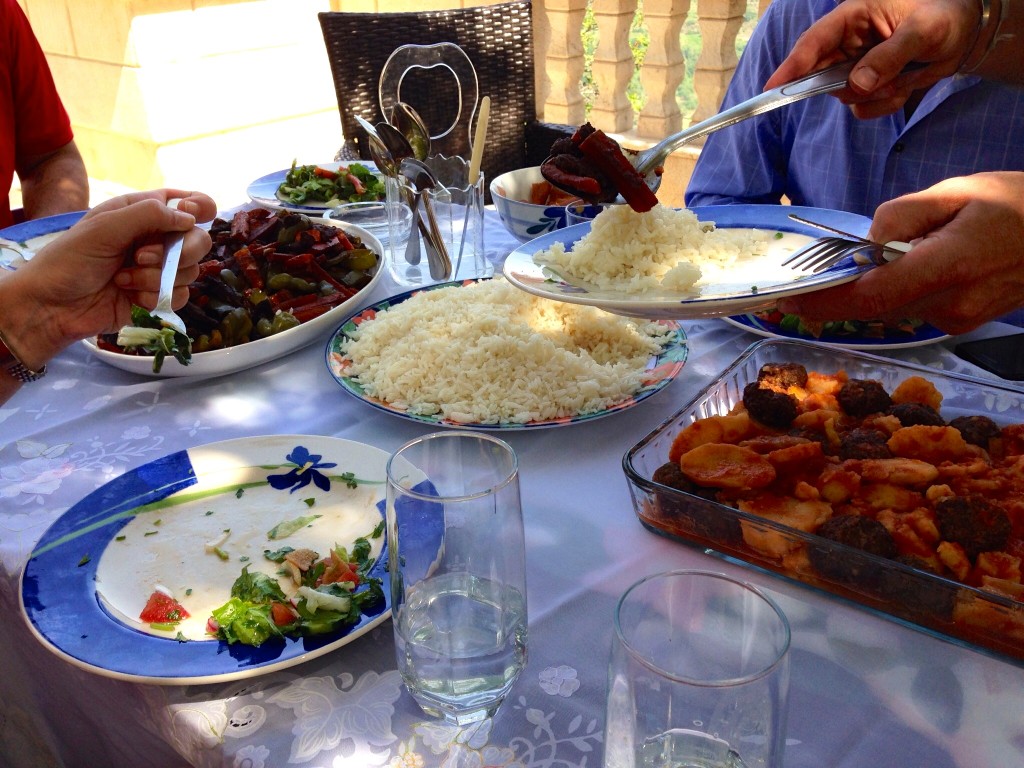 Lebanon is guilty, as are most Middle Eastern countries, of saving its best dishes for home cooking, serving restaurant-goers the same tired selection of mezze, kebabs, and rice dishes.  You can order tabouleh, hummus, flatbread pizzas and grilled meat at any restaurant in this region and if you close your eyes you wouldn’t know if you were in Turkey, Lebanon, Iraq or Jordan.

But home cooked meals are different. There you’ll find familiar ingredients, prepared in ways you didn’t know were native to the country. 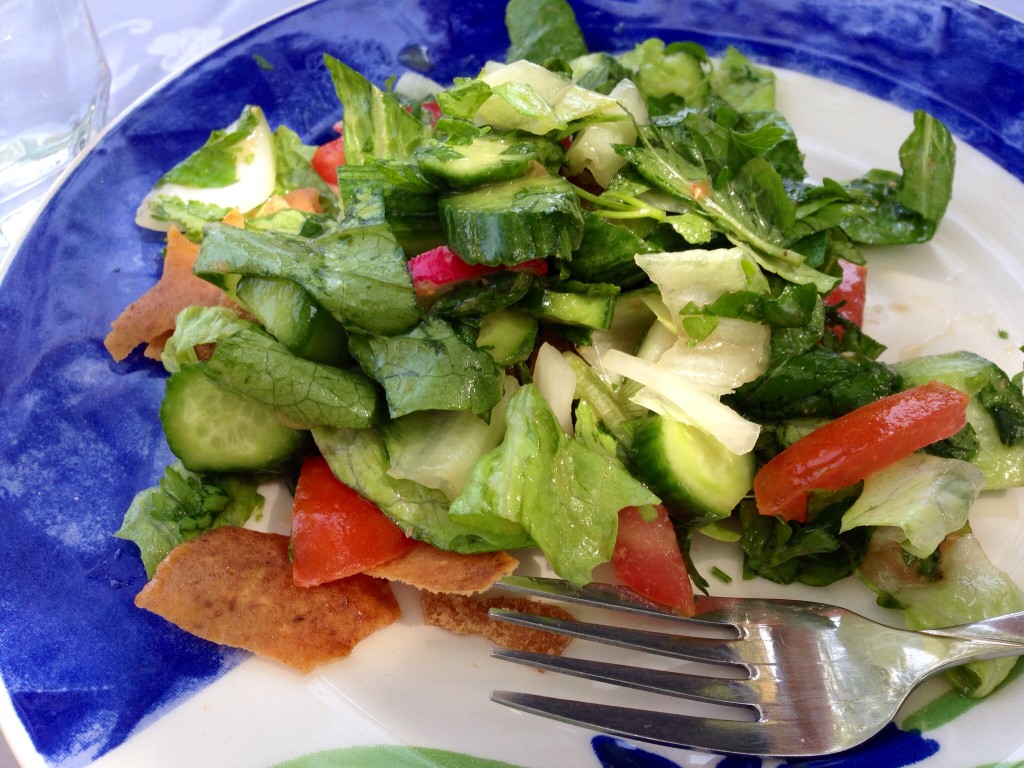 Our lunch, for instance. We started with fattoush salad, a common mezze but prepared here with the freshest ingredients picked from the family garden or bought from local farmers. Ripe tomatoes, cucumbers, sliced radish, parsley and mint, all tossed with lemon juice, olive oil, and homemade (i.e. kitchen-fried) pita chips. I could eat that every day. 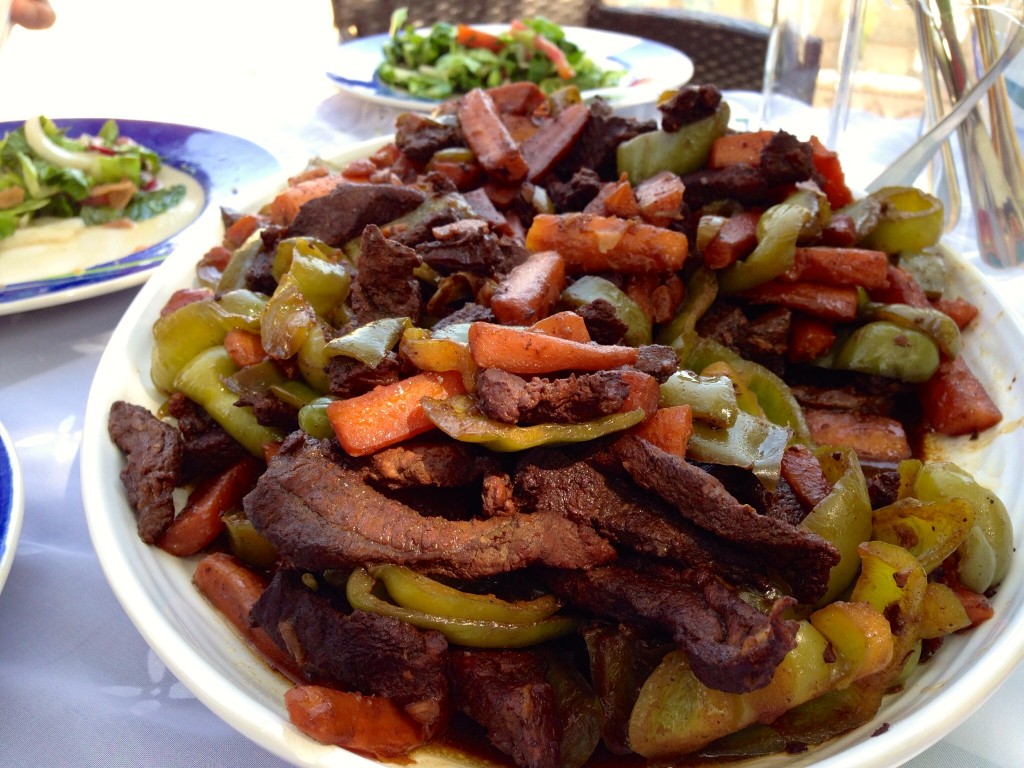 After salad we were served two main dishes and a large platter of rice. The first, grilled vegetables (peppers, carrots and onions) tossed with marinated, roasted strips of beef — the Lebanese version of a fajita platter — which we ate atop giant spoonfuls of white rice. 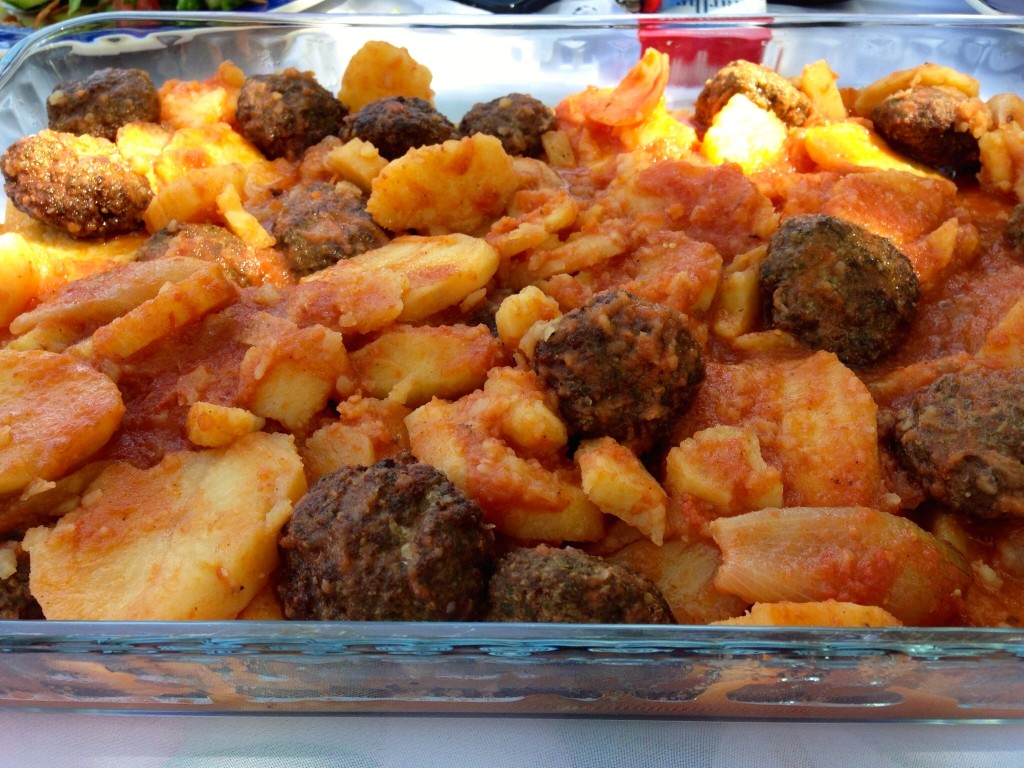 The second was a hearty country dish: spicy lamb meatballs, called kofta, baked in a casserole dish with sliced potatoes, onions, and tomato puree. The potatoes softened but only a bit, so they had a toothsome texture a bit like cassava (arrowroot), and the tomatoes gave everything an addictive sweetness.

We ate so much the accompanying bread went untouched. 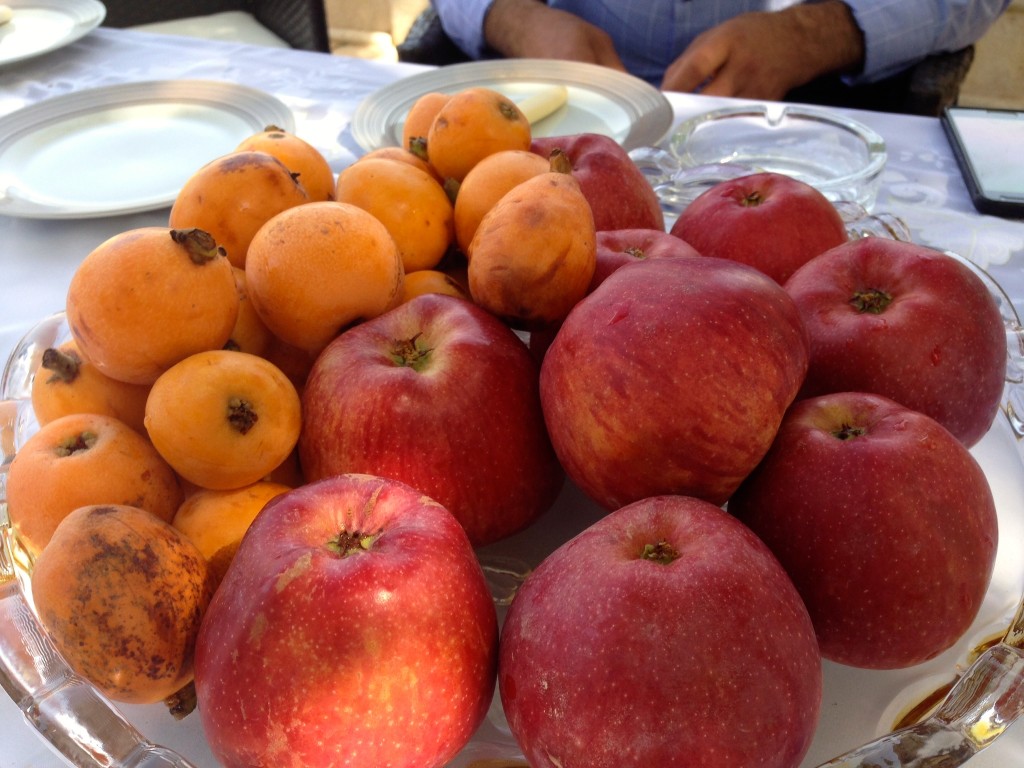 A simple summer dessert rounded out the meal: apples and loquats, a local fruit that looks like an apricot and tastes like the lovechild of a peach and mango (she says, from experience).

Now if only these people would open a restaurant…

Tunis: Dine in the Souk… Or Eat with the Locals
Street Snack in Yemen: Prickly Pears